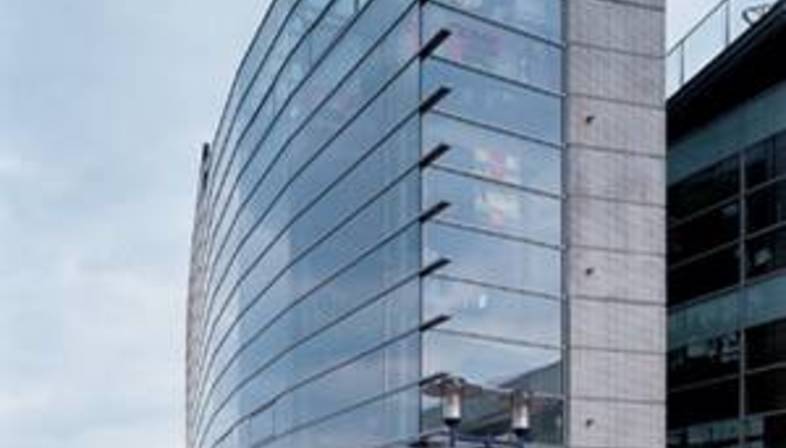 The project plan may be divided into three main areas: the previously existing area, the added volume and the connecting area.
Hertzberger's expansion constitutes a separate element added onto the old part, separated from it by a space running the whole height of the building which preserves its old façade but is connected to it by a number of passageways; it contains the new entrance, the shopping centre and, on the last floor, a panoramic restaurant where diners feel as though they are on the deck of a ship standing in a calm lake, represented by neighbouring roofs.
The interior is an open space divided into eight parts by load-bearing structural divisions of cement supporting the floors of prefabricated concrete; the first and second floors are set back so that they remain detached from the steel and glass façade and create continuity in the vertical direction too.
On the outside, the fully glassed-in wall covers one whole side of the square and either reveals movement inside the building or reflects the square, depending on the lighting.
The curved platform on the set-back ground floor emphasises the entrance, enhancing the impression that the entire building is floating.
The project fits into the old square lightly, characterised by transparency and permeability. It is a contemporary sign with an identity of its own which interacts with its pre-existent architectural setting without either submitting to it or imposing itself over it. 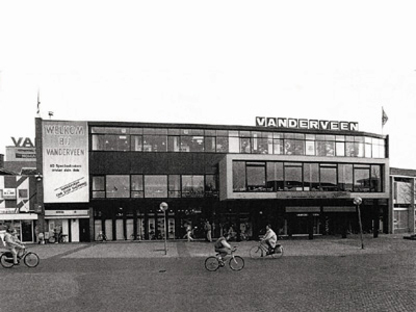 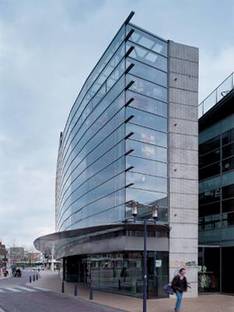 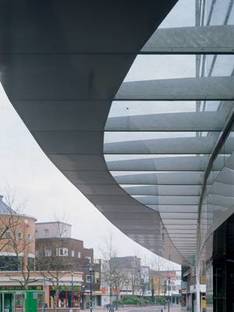 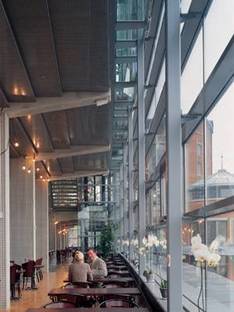 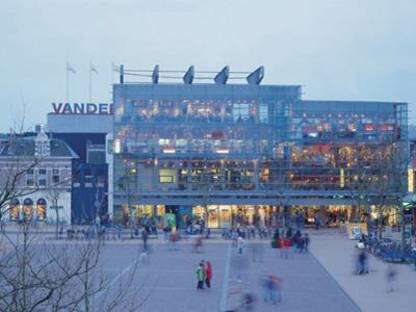