The construction of the Selfridges shopping center in Birmingham responds to two separate yet complementary objectives: to create an urban icon able to capture the attention of citizens and tourists and reinforce the identity of a brand which today is reflected in the image of this extraordinary architectural design. 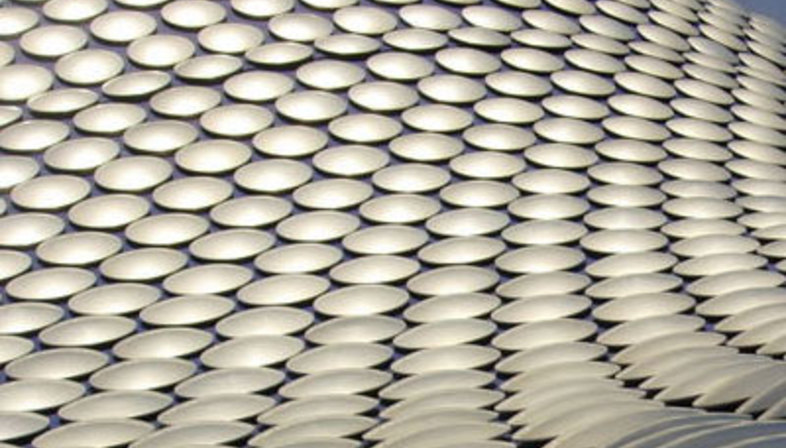 However, the building's creation has resulted in several problems, mostly due to its proximity to the Anglican Church that dates back to the 19th Century and had to be respected during the design and construction phases as well as its positioning in the city. Everything focuses on contrast, highlighting the differences in materials, forms, dimensions and colors, each variance marked by its own powerful uniqueness. And it is exactly this strident contrast that allows the two distinct personalities belonging to a shopping center and a 19th Century church to stand out. However, it is predominately the covering used in this project that provides architecture, structure and skin all at the same time, that is causing talk: the disks are the fruit of an aesthetic choice, which is both technological and attentive to maintenance issues, considering that they can be easily be substituted one by one.
Moreover, the anodized aluminum from which they are made offers an excellent base for the creation of changeant effects, with plays of light and reflections.
The building's foundation is made of a layer of painted concrete, while the real structure is composed of a steel frame. Its design reflects Future Systems' preference for formal analogies with images taken from nature, fashion, design and anatomy. 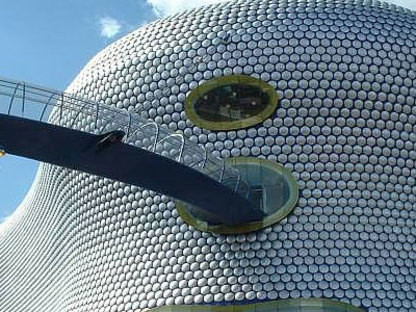 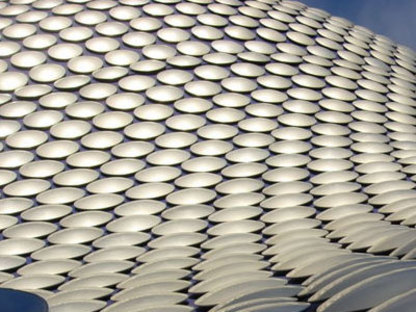 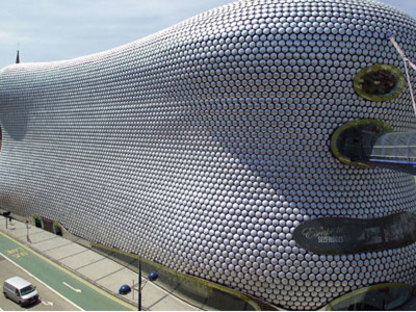 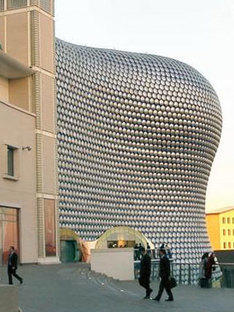 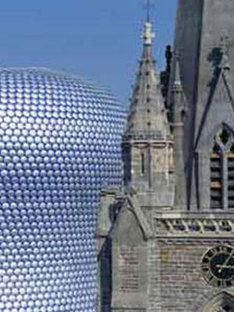 Ingenhoven architects: Marina One in Singapore