In a recent interview with Marco Casamonti for Floornature, Mathias Klotz - now Chile's best-known and most widely published young architect - explained the significance of his country's architecture as a synthesis of the inheritance of the Modern Movement with use of traditional materials and building techniques, working with respect for the extraordinary beauty of a landscape whose grandiosity he admires even as he underlines its fragility. 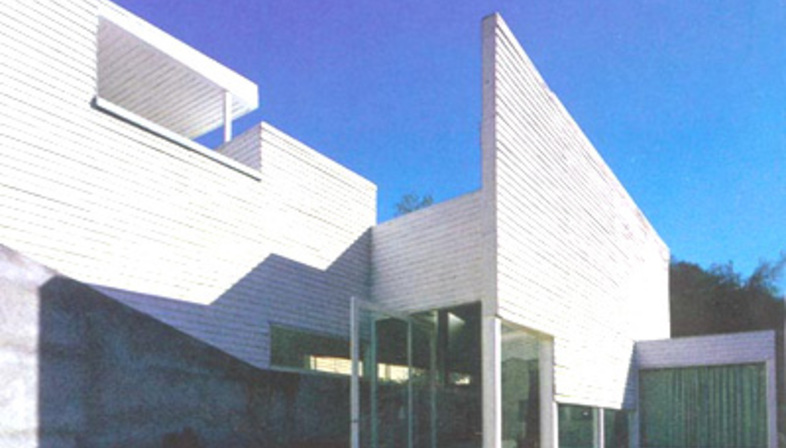 The approach used in the two later homes is different, and seems more obviously influenced by rationalist architecture. Casa Caballero (1997) and Casa en Las Palmas (1998) are characterised by more stereometric, essential forms in which, though the relationship with landscape and the use of wood characterising Casa Melocoton persist, the aesthetic component appears dried out, abstract and minimal.
Thus Casa Caballero chooses the pure white of LC for its complex juxtaposed volumes, in which the concept of the wall as abstract geometric plane predominates: completely emptied out and stripped of flesh to host the windows and doors, in some cases it even predominates over the volumes of the building, creating porticos and terraces which jut out toward the changing, restless landscape of the Andes Cordillera.
This process of progressive abstraction culminates in the Casa en Las Palmas: also an evident homage to the LC of the rationalist period, it has an access ramp and pilotis, while the simplicity of its volumetry is exalted by white wood.
But the most fundamentalist, most rigid, coldest component of LC's work is absent: for in its attempt to relate to the outside world, Casa en Las Palmas has lined the interior of its volumes with natural wood, including those which face onto the landscape.
The effect is therefore more intimate and confidential, void of all purist forcing: a sort of cosy shell in which space seems intended for thought and contemplation, not for attacking or imposing itself on the natural element.

The great open "cuts" onto the lovely landscape of mountains, plains and cacti, the presence of the belvedere terraces and the extreme rigour of the interiors - in which the present of skylights cut into the ceiling is perhaps a debt to the work of Silvestrin and Pawson, in particular Villa Neuendorf in Majorca - thus become the elements through which the architecture relates with its surroundings, no longer in a mimetic sense, but in the wake of the great impulse to humanise - rather than urbanise - the land which Klotz recognises as the main inheritance of the great rationalist master Marcel Breuer. 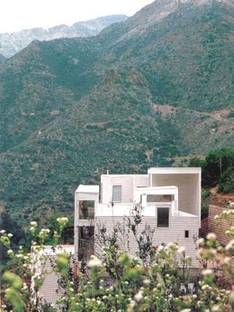 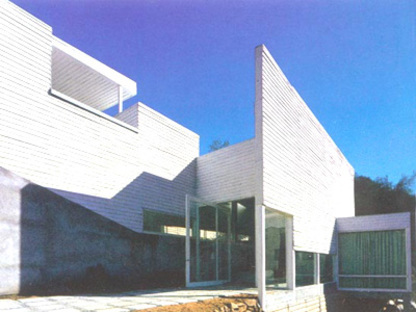 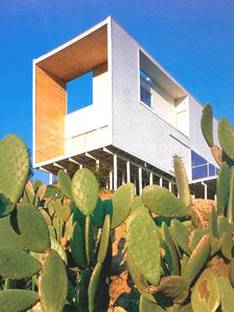 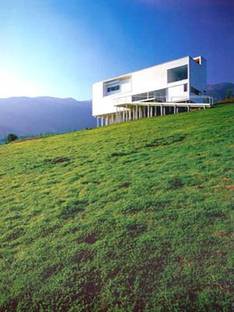 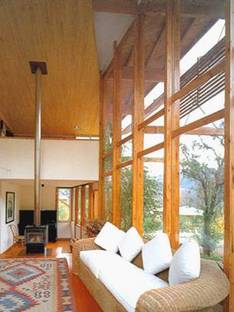 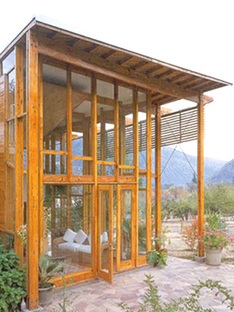