The residential building in Oslo’s Korsgata Street is a contemporary interpretation of the fabric of this city made up of 19th century homes and small-scale industries. The greenery and buildings around enter the homes through their large windows, especially in the boxes on the top floor, where the Norwegian architects of RRA have created true chimneys of light. 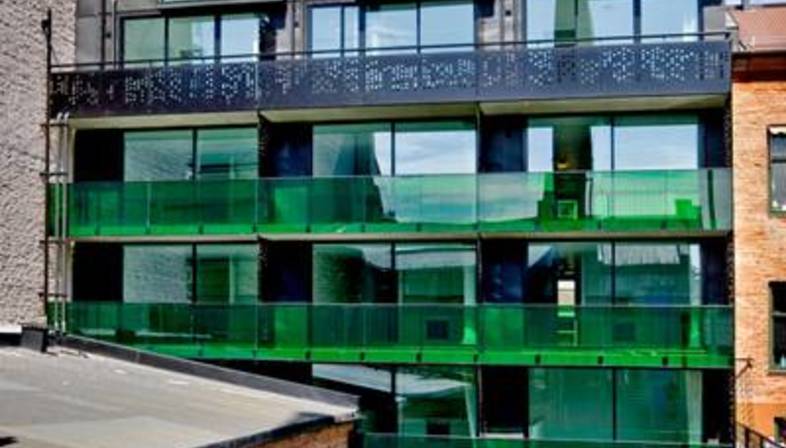 If we wanted to describe studio RRA’s new apartment building in Oslo in just a few words, we might call it a window on the city. The windows on the outside and the transparency the architects have given the architecture determine the building’s underlying spirit.
The apartment building is located in the lively Grunerl?kka district, a revitalised neighbourhood of nightclubs, coffee shops, arts clubs, restaurants and shops where people go to catch up on the latest fashions. The building is set amongst the city’s typical 19th century buildings, made up of a succession of homes and small-scale industries following the gentle natural slopes on which the whole city centre is built. Blending into this urban fabric and the walls of the 19th century buildings, marked by the regular rhythm of tall, narrow windows with inhabitable attics, the new building pays homage to them, fitting in with walls that are a variation on and imitation of the old buildings.
Following typical contemporary practice, the rhythm of the wall overlooking Korsgata Street is broken up and unpredictable, but two isolated windows in the centre of the wall signal the presence of the stairway and the distribution of the homes on the sides. The slight variation with respect to the regular grid of the windows does not correspond to a substantial change in the internal distribution characterising the 6 levels. Each of the floors is divided into three parts longitudinally, and the apartments run from wall to wall, except for those interrupted by the stairwell and elevator shaft. The functional allocation of the rooms varies, arranged around a central divider containing the plumbing for the bathrooms and kitchens.
The focus is on space, with natural light crossing it from wall to wall, providing plenty of light for the interiors despite the absence of windows on two of the four walls.
The north-facing wall overlooking the street is the main facade, with a more austere look characterised by dark bare brick, with metal window frames flush with the wall and in the same colours as it. The top level is set back from the facade to leave room for the balcony and horizontal windows. The back wall, facing south, is completely open onto the landscape: a green courtyard shared by several buildings and, in the distance but clearly visible from the top floors, other green areas between the 19th century industrial buildings. Balconies with clear green guards on each level screen the strong sunlight flowing in through the sliding doors. There are no filters on the last floor, just three panes of glass acting as chimneys conveying sunlight.
The project displays an extreme attention to detail, as for instance in the decoration on the metal entrance door, picked up in the railing on the fifth floor, and the rooftop terrace paved with local wood flooring. 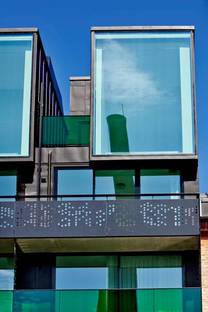 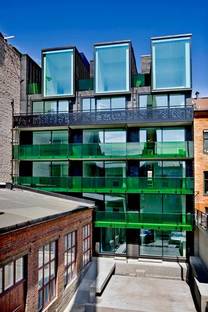 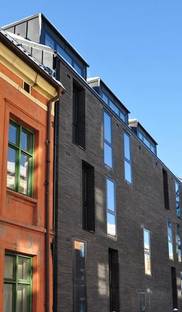 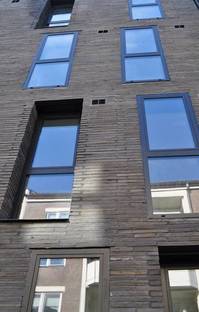 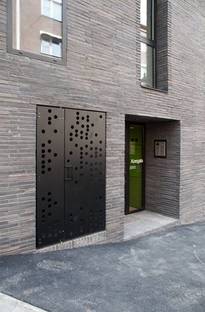 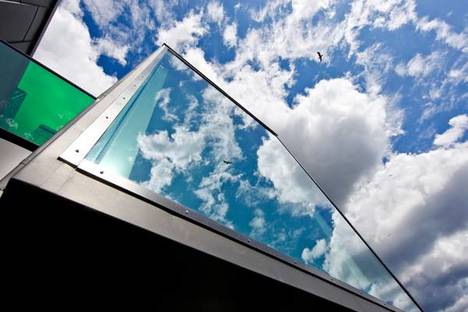 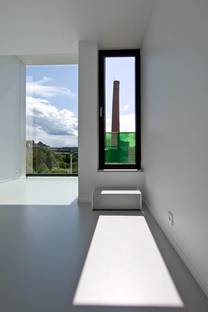 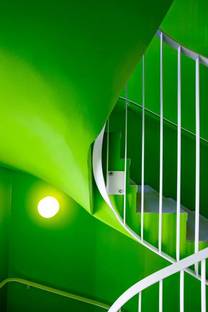 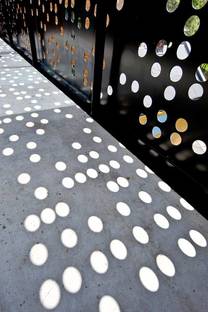 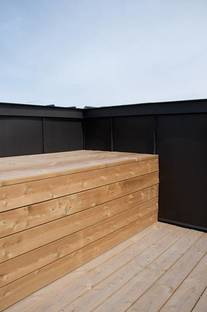 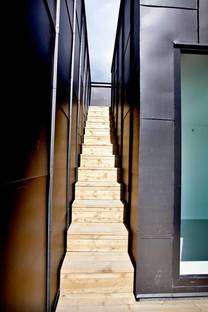 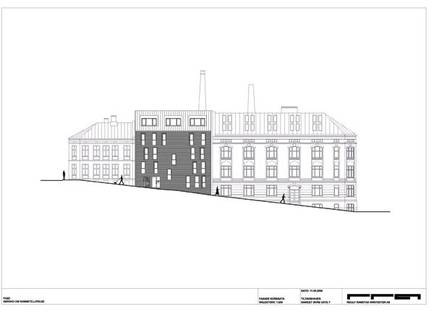 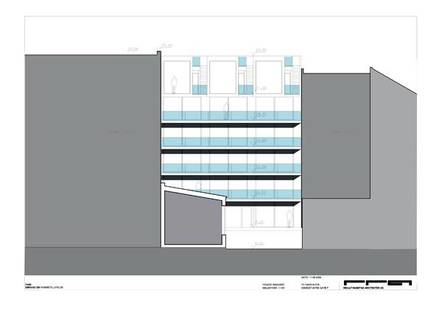 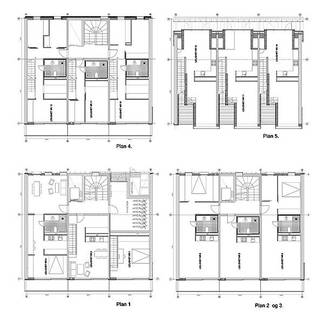 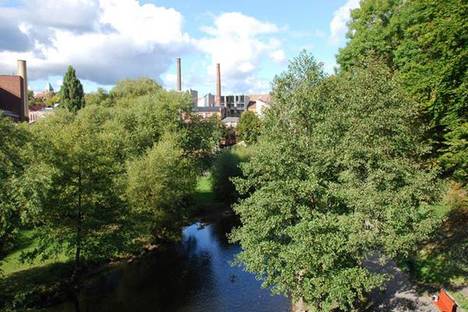