It's difficult to hang a label on Ron Arad: is he an architect, a designer, a sculptor, or an artist? 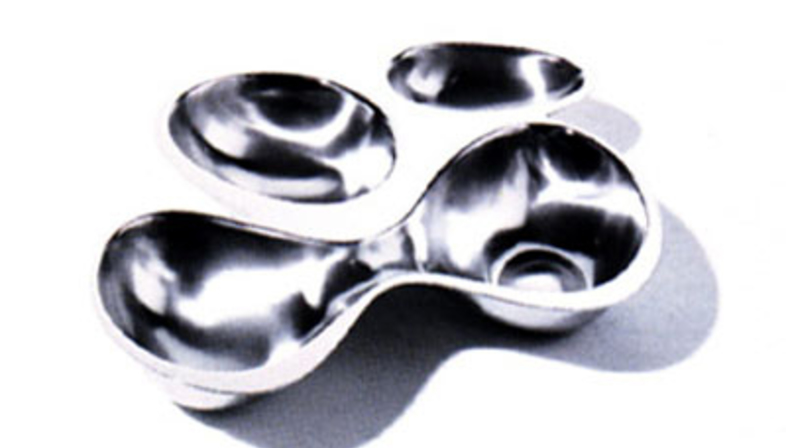 One thing's for sure: Ron Arad is the universally recognised master of British design.

Born in Tel Aviv in 1951, he studied at the Jerusalem Academy of Art and then, in 1973, moved to London to study with the Architectural Association under Bernard Tshumi, along with Nigel Coates and Zaha Adid.

Arad soon left architecture for design, founding One Off Ltd. in 1981 with Caroline Thorman.
In his atelier in the heart of Covent Garden, Ron Arad designed and produced limited numbers of his first steel pieces, including the Big Easy armchair which was to become the symbol of his style.

Big Easy swings between two poles: the incarnation of a useful item of furniture and the value of a humorous citation. Its oversized armrests make it almost a caricature, while the material - steel - denies the qualities of comfort and relaxation normally attributed to an easy chair. The result is an oversized, humorous ornamental object.

In 1989 he founded Ron Arad Associates, which, while maintaining the "arts and crafts" spirit of One Off, increasingly began to design objects for mass production by companies such as Moroso, Kartell, Vitra, Alessi, Artemide and Guzzini.

His continued work with these companies - most of them Italian - led Ron Arad to open Ron Arad Studio in Como in 1994 to adapt the prototypes produced in his London workshop for industrial production.

Ron Arad's creative process sets out by experimenting with the expressive potential of materials, transcending mere functionality to create objects which are highly plastic and expressive and can be reworked to become products for large-scale distribution.

Ron Arad often plays around with his most famous creations, taking them out of context and reinventing them with new materials.

For example, his Baby B.o.o.p series of snack bowls, designed for Alessi in 2001, are stainless steel "functional revisitations" of b.o.o.p, a series of unique items which Ron Arad Associates produced with the Gallery Mourmans: inflated aluminium sculptures whose concave forms are formed without moulds, by heating superplastic aluminium sheet to high temperatures and inflating it with large steel stencils.

The line between sculpture and design is very thin in Ron Arad's work.
His creations, whether functional or purely aesthetic in nature, are characterised by motion, by soft lines that give all his works a highly dynamic orientation despite their primitive, simple forms.

When asked whether he feels he is a sculptor or a designer, Ron Arad replies:
"It doesn't really matter..... I have fun discovering procedures, what can be done with material, what kind of form can be obtained and function is purely an alibi here. I'm not interested in fighting for one side of the issue or the other: saying "this is not a sculpture! No, this is design" really doesn't matter. What does matter is: is it interesting, is it boring, is it exciting, when you look at it, touch it, does it give you pleasure or not? There's no need to know what it is!" 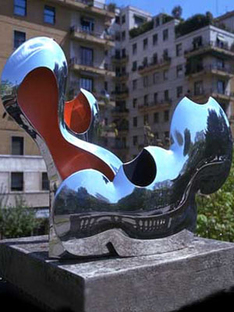 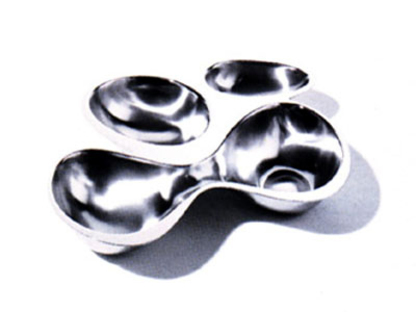 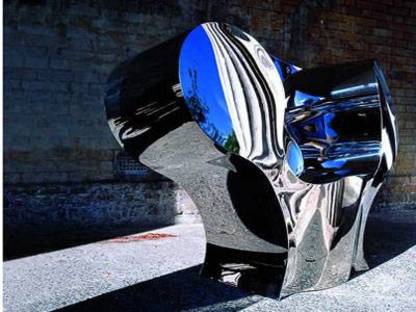 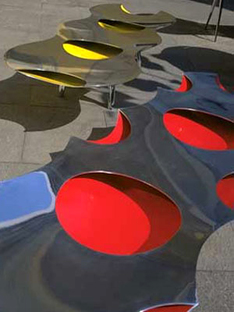