Tomorrow, March 15, an exhibition of the work of Polish architect Robert Konieczny opens at Architektur Galerie Berlin. The title "Moving Architecture" underlines the key feature of a number of Robert Konieczny’s buildings, which combine architecture and technology in a unified project. 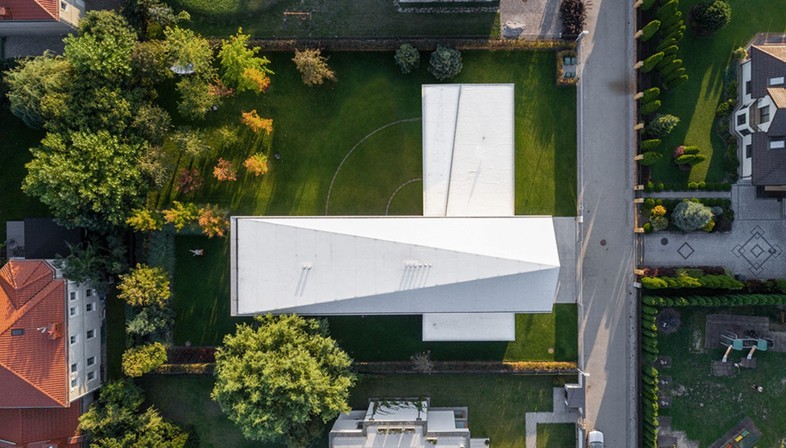 In 2018 Robert Konieczny and architects Christoph Hesse (Germany) and Snorre Stinessen (Norway) were featured in the exhibition "Vita contemplativa" (Contemplative life) at Architektur Galerie Berlin SATELLIT. The three architects’ projects were exhibited as examples of the attempt to achieve harmony in a shared spirit directed at a lifestyle of contemplation and reflection. A year later, Architektur Galerie Berlin casts light on the work of Polish architect Robert Konieczny and investigates a very unusual aspect of many of his buildings: movement.

“Moving Architecture” is the title of the exhibition opening on March 15 at Architektur Galerie Berlin presenting a number of buildings designed by architect Robert Konieczny, founder of KWK Promes.
The vast majority of architectural projects are "immobile", and in fact “immobile” means “building” in the Italian language. But the history of architecture offers a number of examples of “hybrid” buildings which are entirely moveable, or incorporate mobile elements, in order to serve a particular function. These are normally buildings serving technical or infrastructure functions, the simplest examples of which are mobile bridges and lighthouses. Growing interest in what has been called "dynamic architecture" is relatively recent, though there are examples of mobile architecture dating back as far as the early twentieth century, such as Villa Girasole, a home 13 km from Verona which revolves on its axis to follow the sun, designed and built between 1929 and 1935 by engineer Angelo Invernizzi. In recent years the idea of "dynamic" architecture that can change position or take on new configurations to adapt to weather and climate conditions or to the changing needs of its users has also been applied to buildings such as skyscrapers.

The work of architect Robert Konieczny includes interesting examples of “Moving Architecture”, and mobile elements play a key role in the architect’s designs. The projects selected for the exhibition include the National Museum in Szczecin – Dialogue Centre Przelomy, named World Building of the Year at the 2016 World Architecture Festival held in Berlin November 16 through 18, 2016. This underground museum avoids conflict with the bold presence of the nearby Philharmonic Hall by Studio Barozzi Veiga and incorporates a mobile façade, which has to move to reveal the entrance. In two residential projects, “Safe House” (2008) and “Konieczny's Ark” (2015), it is not only the façade that moves, but the buildings themselves, taking on different configurations to create new spaces serving the inhabitants. In the Safe House, for example, a new fenced-in courtyard is created.
In the "Quadrant house", a very recent project, completed in 2018, a whole part of the building moves to follow the sun, enabling a variety of uses. In addition to the projects presented in the exhibition, Robert Konieczny’s most important projects include the "By the Way House" (2016) and an apartment building completed recently in Katowice, "Unikato" (2019), selected among the 383 works nominated for the 2019 European Union Prize for Contemporary Architecture - Mies van der Rohe Award. 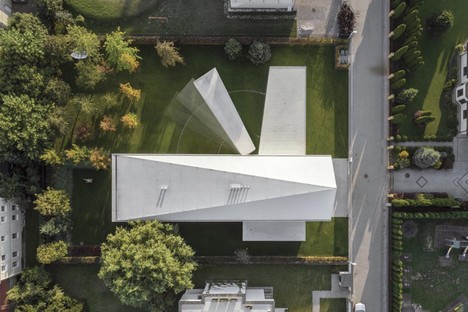 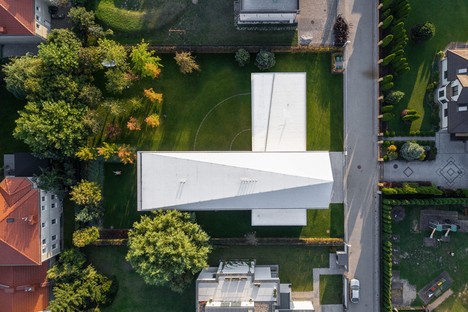 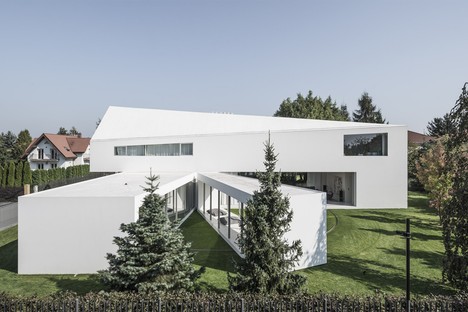 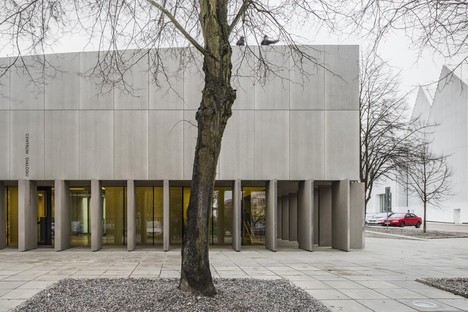 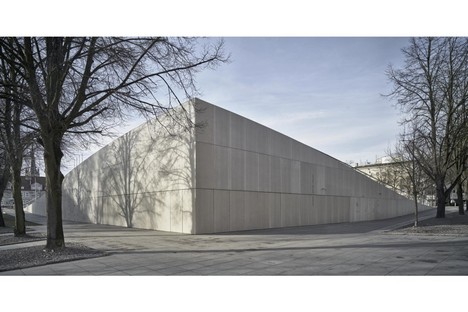 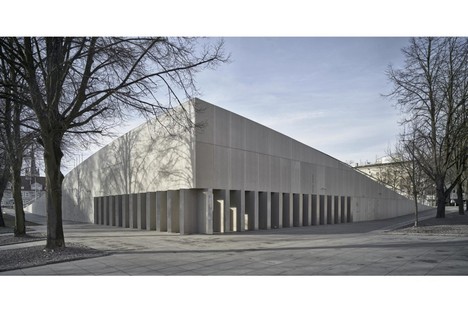 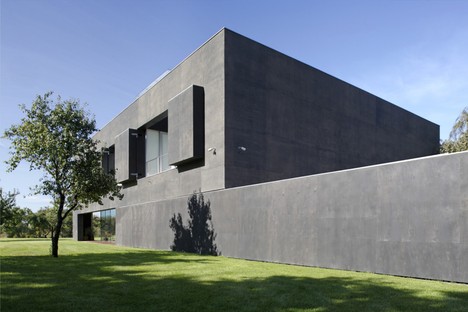 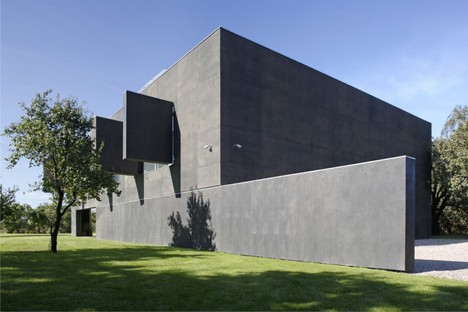 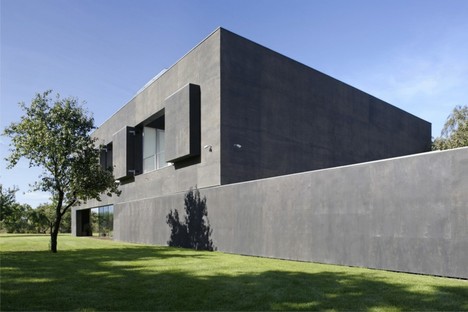 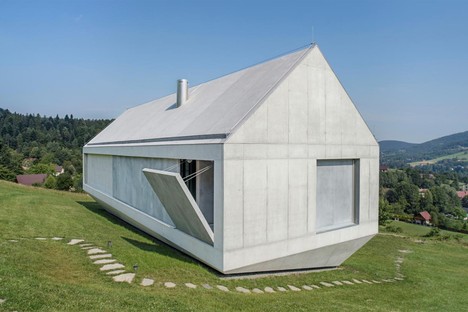 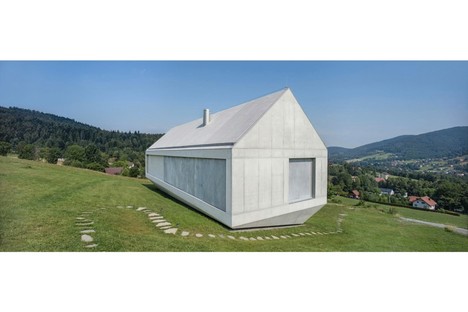 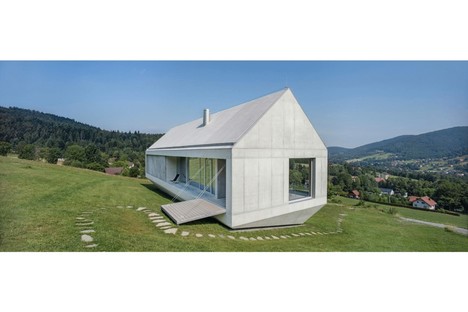