In the Netherlands, near the Flemish border, stands a fortress which had fallen into ruin until it was restored starting in 2010. The architects of RO&AD designed a multipurpose panoramic tower named Pompejus. 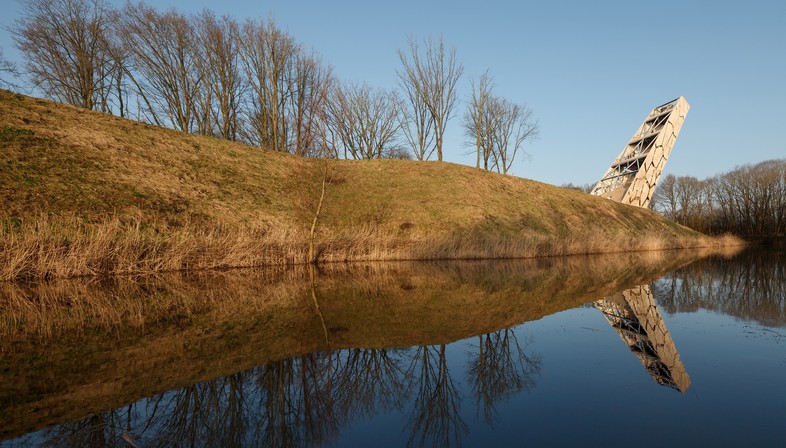 In the south of the Netherlands, near the Belgian border, is Fort de Roovere, built in 1672 to defend the navigable waters against the French and Spanish, which became the theatre of battles for the control of this strategic location over the centuries. RO&AD, an architectural practice named after founders Ro Koster and Ad Kil, built Pompejus, a complex including a panoramic tower, a theatre and a tourist information centre. It is the latest in a series of projects implemented since 2010 for redevelopment of the fort area, which fell into decline in the 20th century when commercial traffic was redirected elsewhere.

Why build a panoramic tower in the middle of the Dutch lowlands? This is where the West Brabantse Defence Line is located: the first defence line in the world to use flooding for defensive purposes, blocking the enemy army’s passage. The line consists of a series of forts, of which Fort de Roovere is the central one, connected by dikes permitting passage and by lines of sight: every fort can see the other forts around it, or could up to the nineteenth century. In the twentieth century dense growth of trees blocked the view, hence the need for RO&AD’s watchtower, offering visitors and residents alike an opportunity to look out over the entire region and see all its forts and canals.

Pompejus is named after the general who was the first commander at the fort, Pompejus de Roovere. The tower stands at the end of the fort that would once have faced the enemy, mirroring its profile and raising it by 25 metres. This and the elevation provided by the 9-metre-high fortress make it tall enough to see over the treetops, looking 20 kilometres in each direction. The triangular shape of Pompejus is closed-off on the outside and open in the direction of the fort. It takes the form of a giant staircase containing an information centre and an outdoor theatre with 225 seats. The design decorating its façade is based on Voronoi’s tessellation, a diagram based on a mathematical principle which RO&AD use to establish open and closed zones in the building’s outer cladding. This model permitted prefabrication of elements that could easily be assembled on site. The outer cladding of Accoya wood rests on a galvanised steel frame made up of triangles, required to permit use of the Voronoi system by circumscribing their perimeter.

To make the construction process easy for everyone involved, a “File-to Factory” system was used from design to construction and assembly of the parts, that is, there were no preparatory drawings, just a 3D model. This was then converted into a series of scripts for Tekla (a BIM work and teamwork model) for those who made the steel frame, and CNC machine language for the carpentry work. In the end, say the architects, the result was a series of packages, “just like Ikea’s Billy bookcase”. The elements produced were coded to make them easy to assemble, thanks to the 3D model, which permitted automatic export of executive drawings for the actual construction phase.

The social system that permitted the construction of Pompejus was also very important, for a large number of residents and businesses played a role in its production, either directly or indirectly. Citizens financed the work through crowdfunding, while local businesses sponsored specific parts of the project, such as shipping or lumber. Schools and citizens’ organisations provided trainee and volunteer workers; everyone who would be able to enjoy using Pompejus in the future played an active role in its construction. Pompejus, say RO&AD, “has become our tower”, connecting local residents and spontaneously giving rise to an organisation concerned with tower scheduling and maintenance. 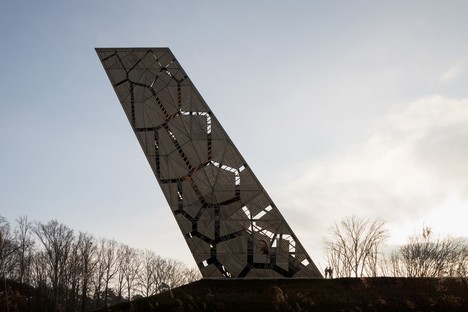 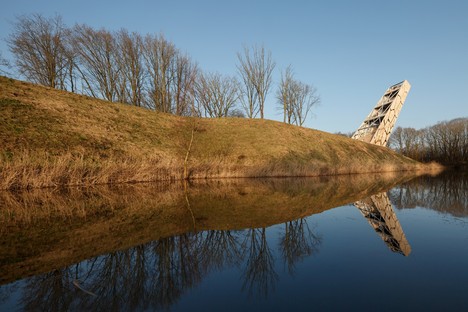 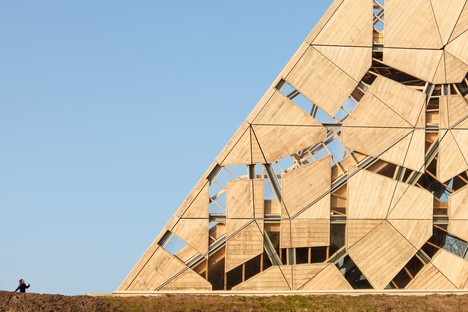 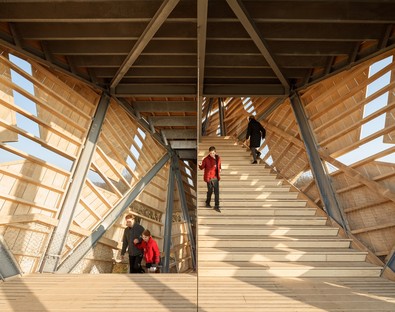 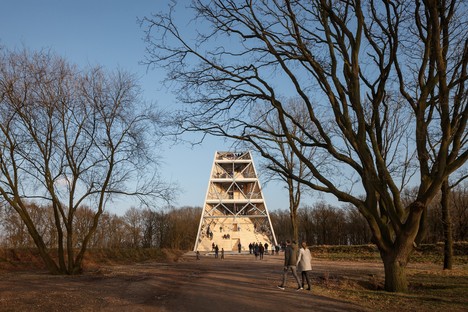 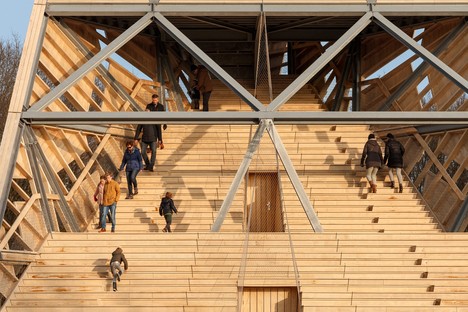 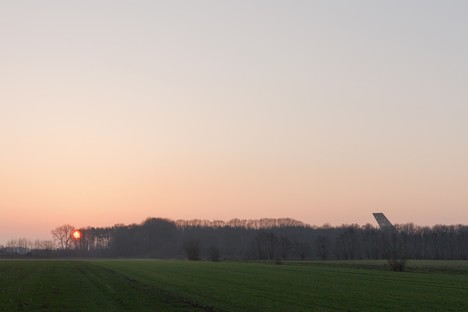 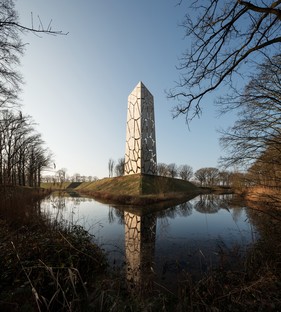 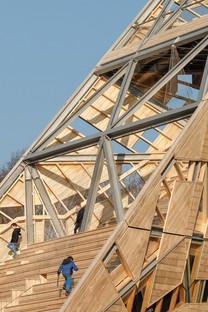 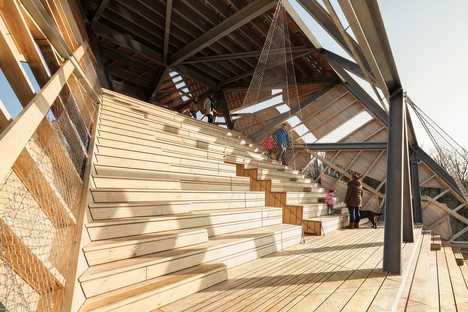 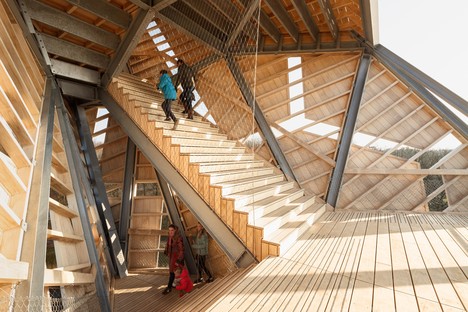 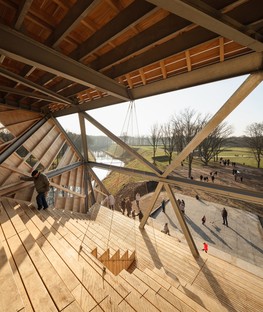 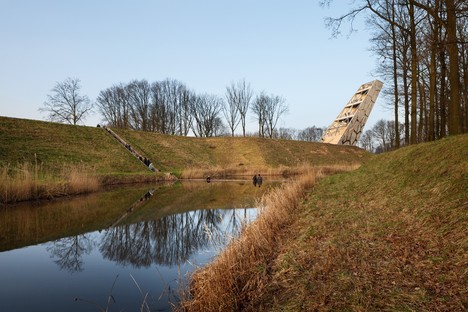 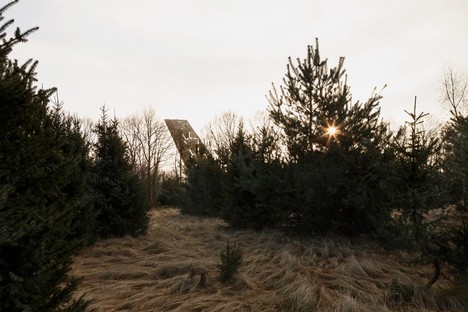 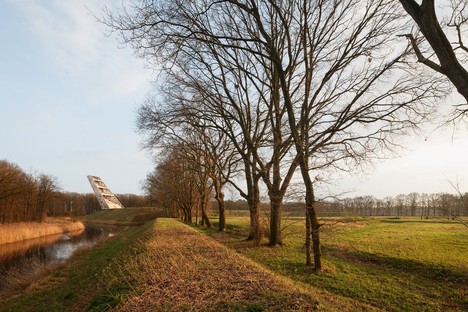 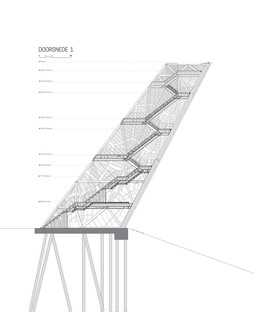 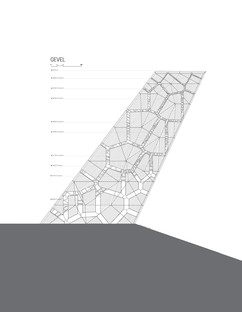 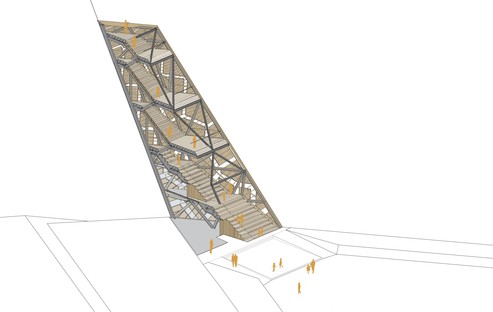 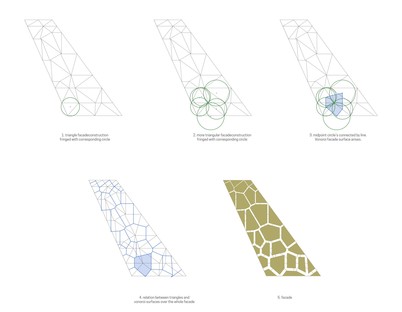 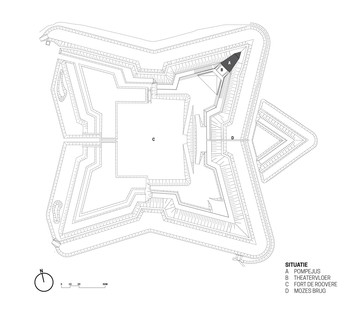 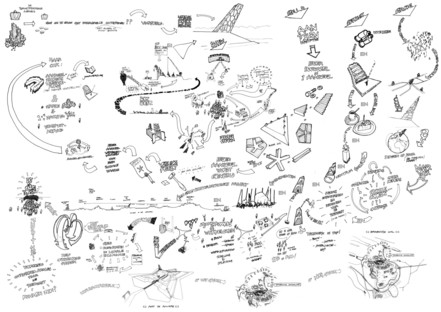