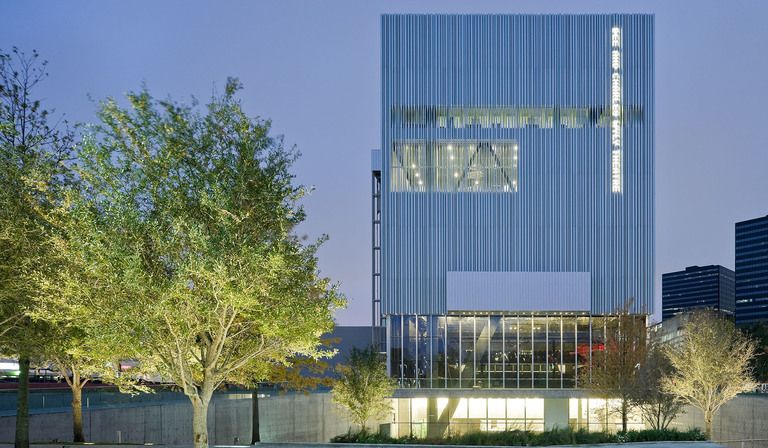 Dee and Charles Wyly Theater in Dallas doesn?t look like a theatre. At first sight it might be taken for a museum, a hotel or one of the city?s many office buildings. But the building?s pre-eminently vertical development, which misleads the viewer, is actually the result of a series of compositional choices dictated by the desire to reveal the theatre to the city by giving it transparent walls, and technical choices which have made the configuration of the scenery and the stands more flexible.
The plan by Rem Koolhaas? Oma studio, which built the new building to replace the old Dallas Theater Center, was to structure all the functions supporting the stage and the theatre?s performances in a tower with a base consisting entirely of the theatre hall itself, which, free of the technical accessory services which are commonly arranged around the stage, enclosing it and isolating it from the outside world, could extend over the entire ground floor. This was the first step towards visually opening up the apron of the stage to the city of Dallas, which Rem Koolhaas gives the form and significance of a covered plaza, a cultural attraction capable of attracting the attention of the public. All the building?s expressive power is entrusted to the surprise created by structural inversion, in which the floors in the upper part of the building are filled in and covered in aluminium to enclose offices, practice rooms and utility areas, while the base consisting of the auditorium proper (plus the foyer on the basement level) has glass walls on three sides, giving it the very attractive impression of a building suspended above the ground.
Not only can the 575 seats in this hall with no real boundaries be rearranged or even removed entirely, but by opening the pivoting glass doors, the audience may be extended outdoors to bring the public into the theatre and take the performances and scenery outside.
The concept that culture belongs to the city is a key to the history of theatre. In classical theatre, all citizens, without distinctions of birth, class or culture, participated in performances which were held outdoors, in ingenious sound machines such as the Greek theatre of Syracuse or the Theatre of Dionysius on the Acropolis in Athens, alongside places of worship and government.
The novelty introduced by the concept of dialogue with landscape is that architecture need not stand out visually, and that it can ignore the contemporary need for formally symbolic buildings, concealing what is happening inside, in a form of creativity which is revealed as the observer approaches and revealed entirely when viewing a performance against the backdrop of the city of Dallas from inside the theatre.
The project's intentions and results may be compared to Renzo Piano?s restoration of Paganini auditorium in the former Eridania sugar factory in Parma in 2001: when seen from far away, it is a historic complex of buildings perfectly integrated into the city?s greenery, while from inside it is a cultural space offering a new interpretation of the park and the city, brought onto the stage thanks to the glass walls. 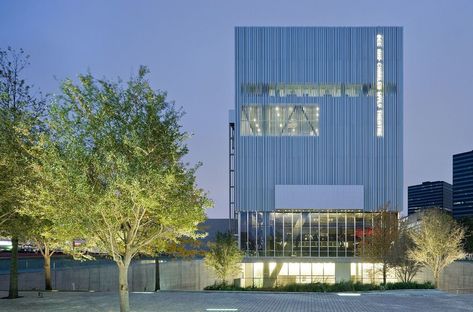 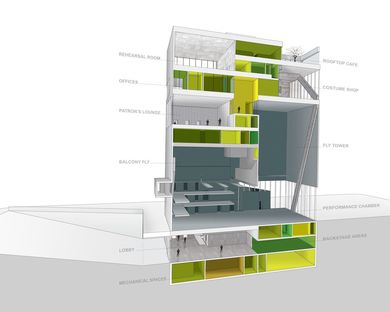 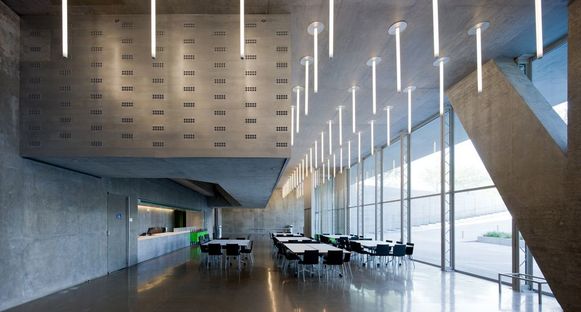 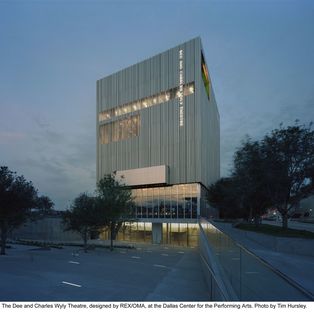 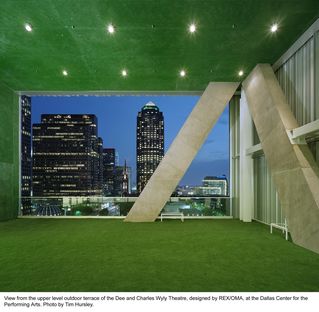 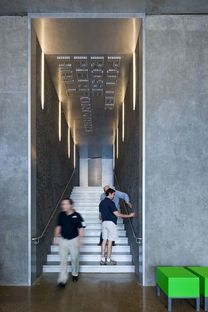 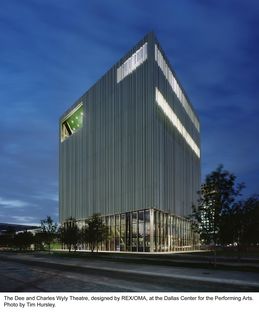 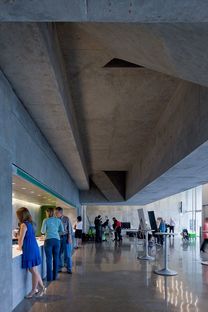