Attention to the details of architecture is the spirit of the project for restoration of the old salt works in Salins-les-Bains by Malcotti-Roussey and Gheza, making an unused productive site into a monument to the history of local industry. 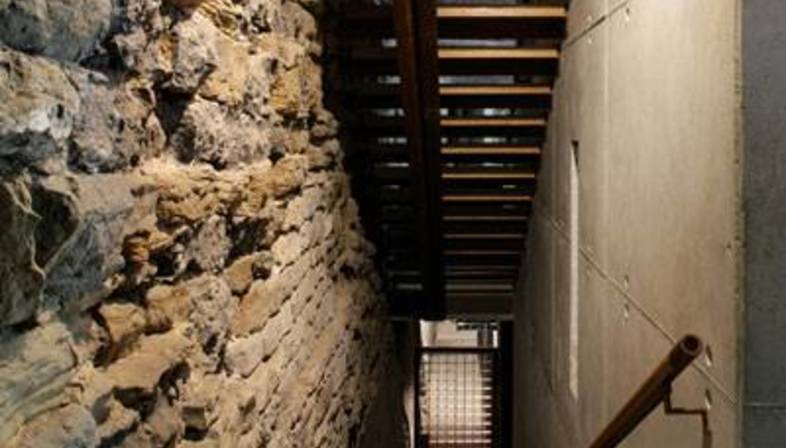 Closed since 1962, the salt works in Salins-les-Bain have been an important productive site since the middle ages right in the centre of the French city in the Franche Comte. When the competition for restoration of the salt works was announced in 2006, the city authorities had already set the goal of transforming it into a monument to the history of local production with the aim of restoring its original central importance, not only symbolically but in the city’s urban layout: recently made a UNESCO World Heritage Site, the site is intended not so much as a museum of salt but an open-air museum of local history. This is why Malcotti-Roussey and Gheza’s project indissolubly links the goal of protecting the salt warehouses with the goal of revealing their symbolic importance for the city, which translates into a restoration to preserve the complex’s original architecture with declaredly modern additions. Following a study conducted by experts from the Laboratoire des Monuments Historiques of the state of conservation of the walls, which recommended avoiding covering the historic walls saturated with salt so that they could continue to breathe and thus be preserved, the museum project was kept separate from its context right from the start, creating an additional interior within the interior of the building containing the museum itinerary and filtering spaces for links between different levels.

Unlike conservation projects based on retaining the invisible functions of the original construction, Malcotti-Roussey and Gheza’s installation, with its 31 cm thick cement walls, wooden flooring and steel furnishings made by hand by local craftsmen, fits into its context with the same visual impact and dignity of design. This restoration philosophy is expressed on the outside in an irreverently attractive element: a new parallelepiped that juts far out of the northern wall, made of Indaten? construction steel sheeting, recommended for its protective surface patina that makes it particularly resistant to corrosion by atmospheric agents.

Use of steel is a reference to the other building, overlooking the river and built to contain a casino, restaurant and auditorium on the site of another old salt works which was destroyed in the Second World War. Malcotti and Roussey also worked on this project, and chose the material to act as a link with the museum, improving the unity of the two buildings for different uses: three of the four walls of the casino are made with a double facade, in which the internal glass structure is protected by a decorative surface made up of steel sheets made by hand, all different, bent as if they were lightweight curtains but actually rigid, creating a strong contrast with the other building, compact and closed-in. An element which focuses the attention of anyone visiting the complex, serving to distribute museum routes and house temporary exhibitions, the block set into the Salt Museum, contrasting strongly with the broken-up old stone walls of the salt works, reveals the architects’ work and their philosophy of restoration which attempts to transform the complex from a historic heritage building to a city monument.

Surface area of the casino, restaurant and auditorium: 1490 m2

Rear facade made of pine wood 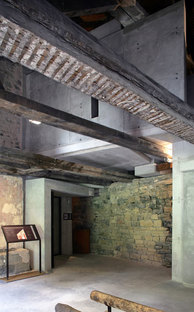 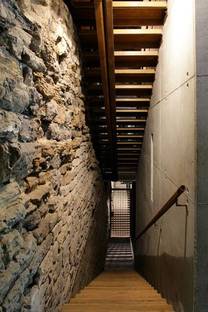 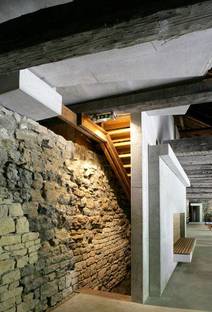 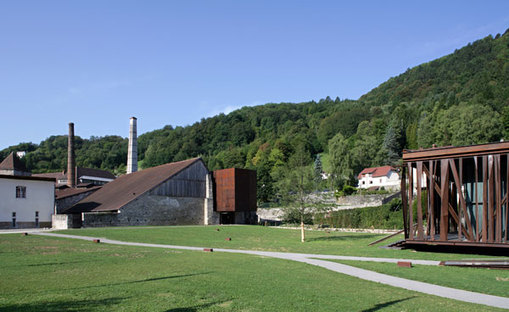 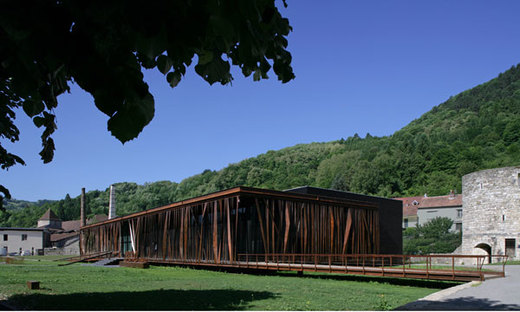 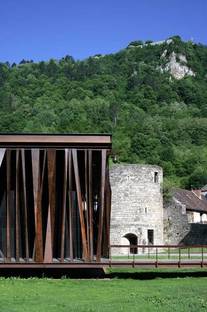 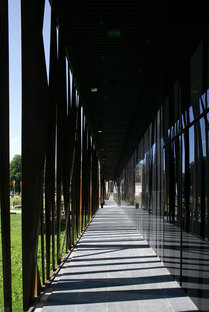 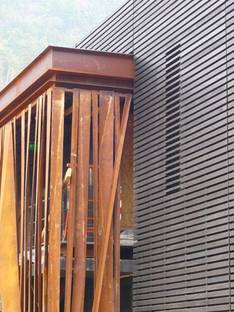 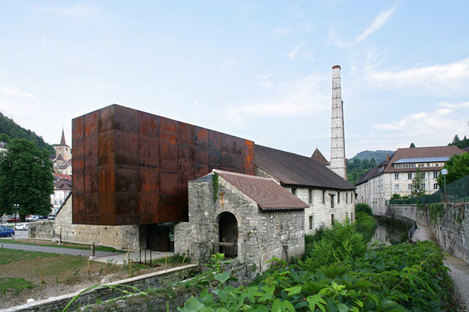 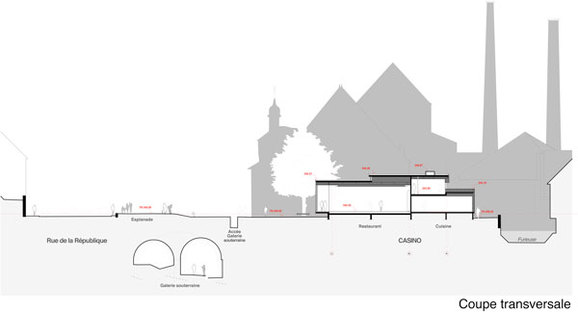 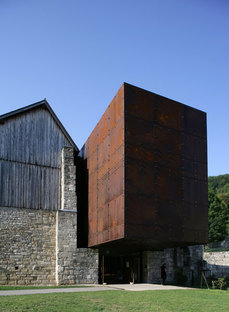 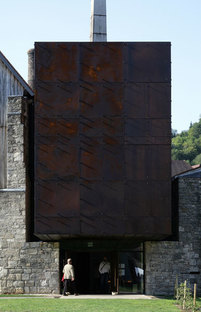 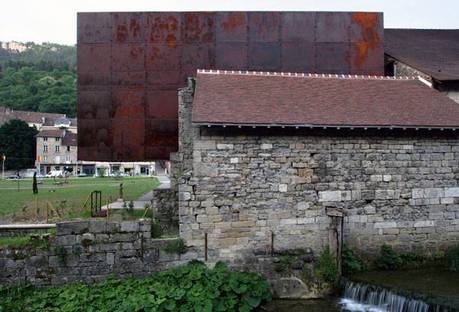 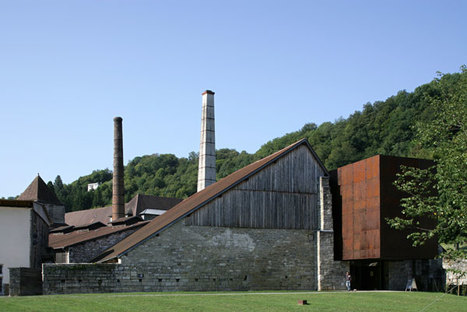 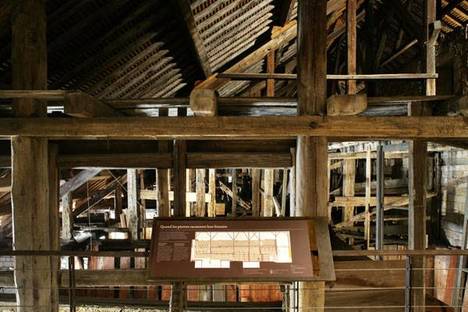 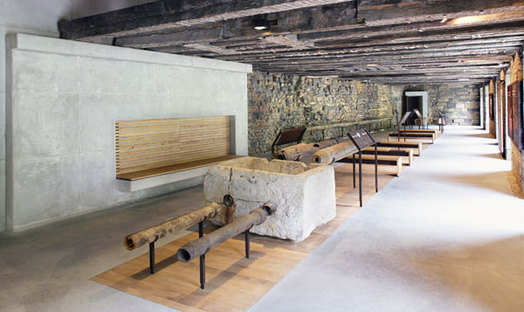 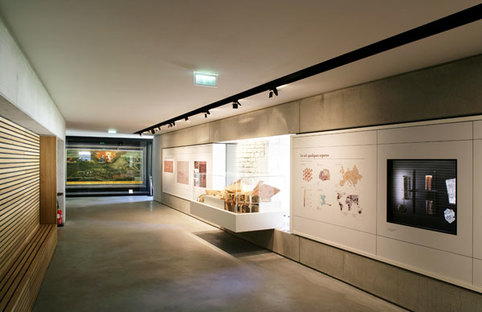 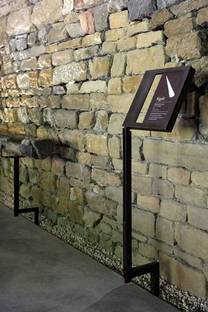