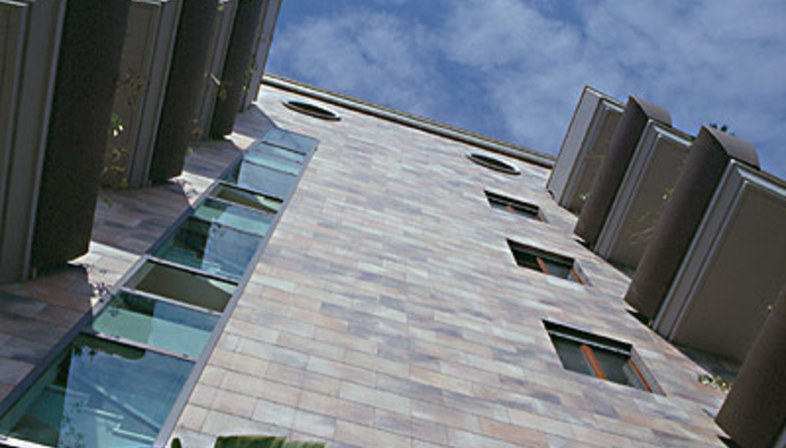 The clients wanted an architectural complex which would stand out in an area dotted with residential buildings of modest architectural quality constructed under zone plan 167.
The two young local architects, Emanuele Calvi and Giuseppe D'Angelo, have attempted to stay true to their design criteria without falling into the trap of cliches or standard architectural models used in the city and in the suburbs of countless nearby towns.
As the architects could not do much about the structure of the volumes, which was determined by zone planning, they focused on the balance of volumes, defining full and empty areas, and on the choice of materials, surfaces and colours.
The housing development, bordered by other buildings on its short sides, has a unitary main facade even if it is made up of two statically independent buildings served by two stairways: one serving two residences on each floor, the other three. 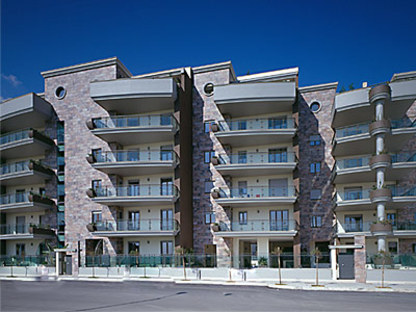 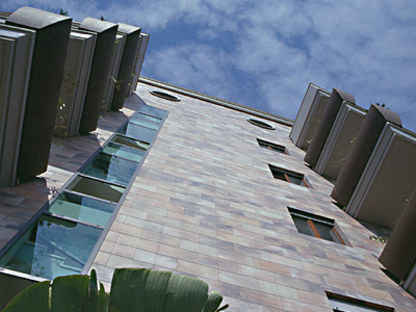 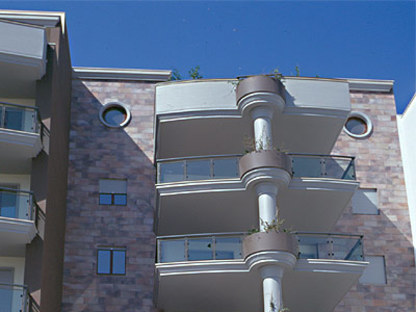 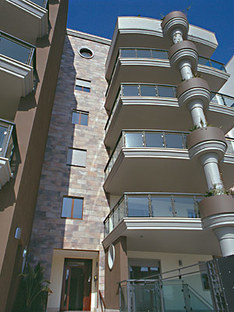 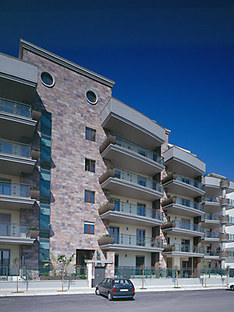 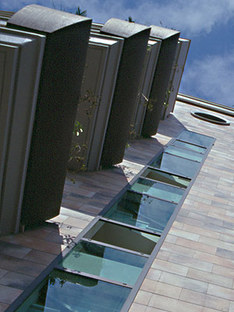 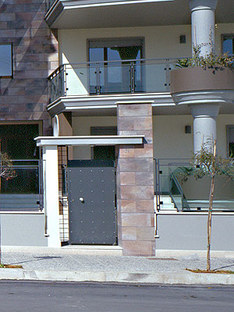 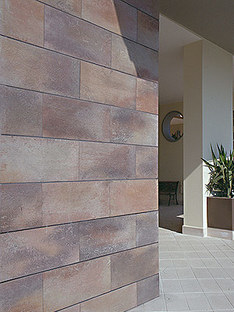