The newly renovated Pavillon Le Corbusier in Zurich, the last work of the great master of modern architecture, will open its doors to the public on May 11. Starting from this date, the pavilion will be managed as a public museum, inaugurating this role with the exhibition titled "Mon univers", dedicated to Le Corbusier’s personal passion for collecting. An opportunity to get better acquainted with the great architect, discovering another aspect of his creative universe. 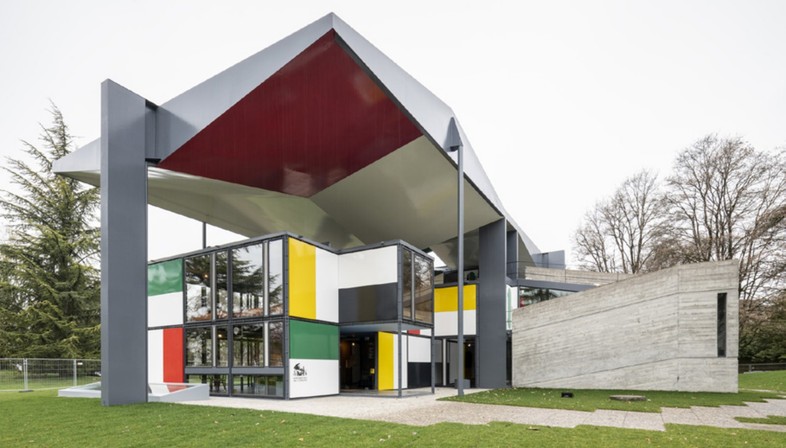 Zurich has a new strong point in its cultural and tourist offer: Pavillon Le Corbusier, the last work of the great master of modern architecture, which starting on May 11 comes back to life. To the bright and vivid colours that it once had on the occasion of its first inauguration back in 1967. A work completed posthumously and the only one designed by the Swiss-French architect with a metal and glass structure, which came about thanks to the initiative and great dedication of a woman: gallery owner and patron Heidi Weber. 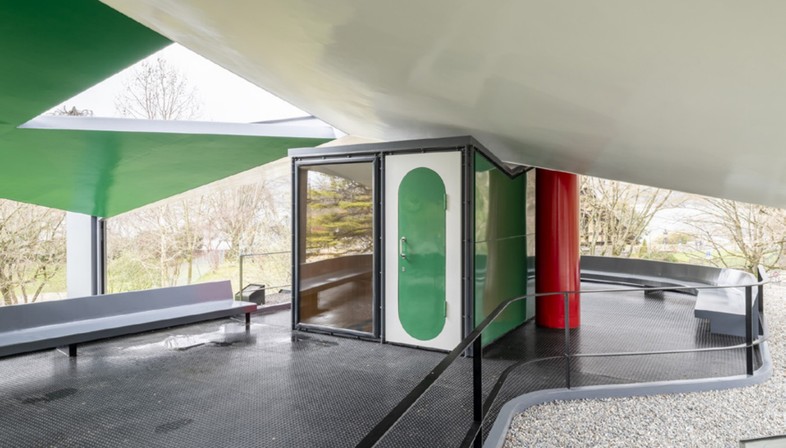 The pavilion has always been used as an exhibition space to present the works and ideas of Le Corbusier. Architect and urban planner, but also designer, painter, sculptor and furniture designer, Le Corbusier left an extremely diverse repertoire of works, exercising strong influence at the international level, not to mention that, in this particular case, the first element of interest for visitors is the pavilion itself.
The pavilion represented the “ideal exhibition venue”, a building designed by Le Corbusier for his own works. A place where art, architecture and life could come together and merge into a new symbiosis, an expression of the “synthesis of the arts” theorised by the architect and his ideal testament. The building, in fact, captures and embodies many of his design principles. The ship-like shape, for example is based on the Modulor system of proportions, developed by Le Corbusier. Prefabrication, the access ramp, the roof garden are all elements theorised by the architect and which recur throughout his works, together with the "promenade architecturale", a carefully designed route through the building, to allow visitors to optimally view and experience the architecture. Numerous sketches and projects illustrate the pavilion’s long development phase that began in the mid-1950s. The construction and the completion of the work can be attributed to the patience and perseverance of Heidi Weber. It was she who obtained, from the city of Zurich, the right of use for fifty years of the land of the Blatterwiese park and who continued to dedicate herself to the project to overcome the many challenges faced, first and foremost the death of Le Corbusier himself. The construction work started in 1964 was in fact interrupted by the death of the famous architect in August 1965. The construction of the building resumed with a new project team and was completed in 1967.
In April 2014 the ownership of the building and museum went back to the city of Zürich. The careful and meticulous restoration project that ran from October 2017 to February 2019 and brought the building back to its original chromatic vivacity was completed by architects Silvio Schmed and Arthur Rüegg. In keeping with the spirit of its original design, starting on May 11 the pavilion has reopened its doors as a public museum, operated by the Museum für Gestaltung Zürich on behalf of the city of Zurich.
The opening exhibition titled “Mon univers” extends across all four floors of the building and is dedicated to one of Le Corbusier’s greatest passions: collecting. The exhibited works, on loan from the Le Corbusier Foundation and from a number of important private collections, create a thematic dialogue with the pavilion and are presented together with footage of Le Corbusier and with the permanent exhibition of photographs taken by the famous Swiss photographer René Burri between 1955 and 1965, in his role as a visual reporter for Le Corbusier. 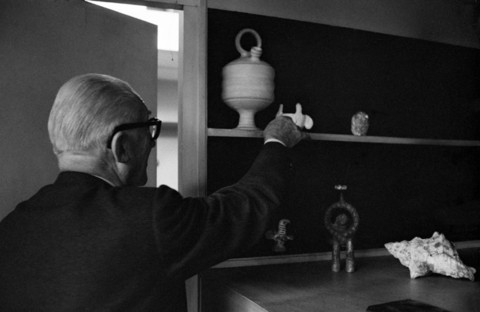 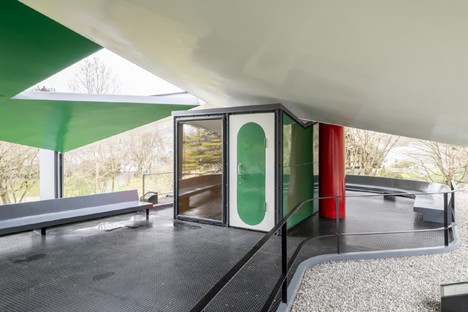 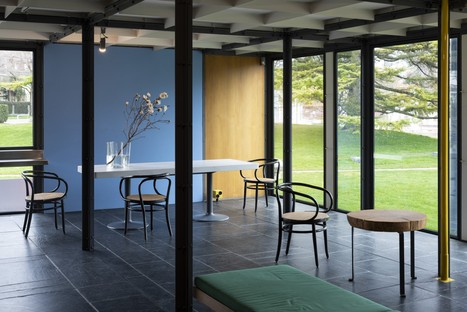 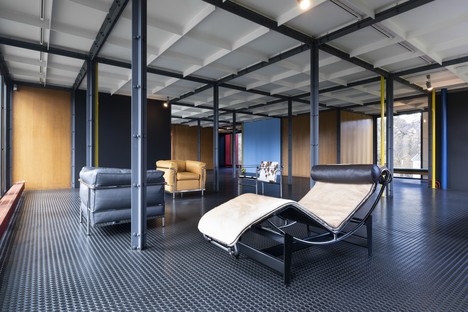 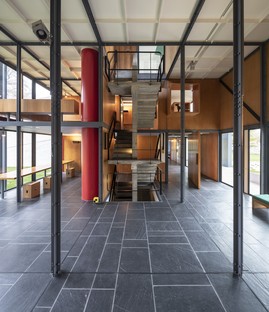 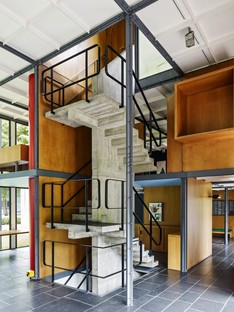 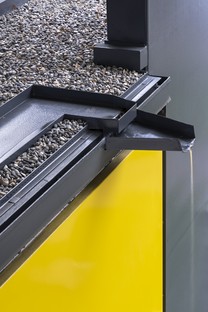 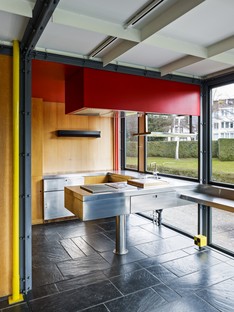 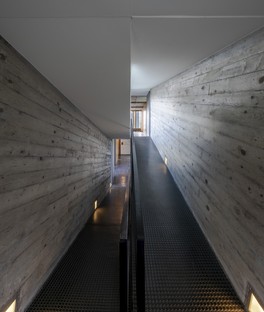 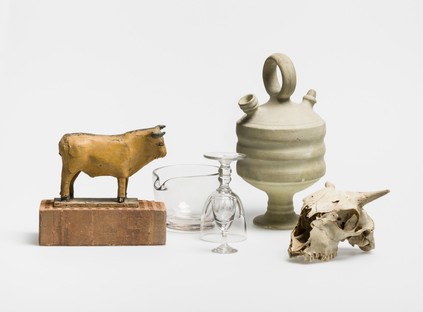 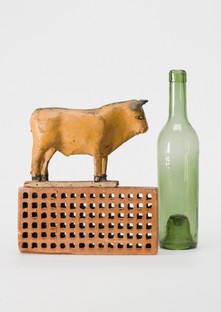 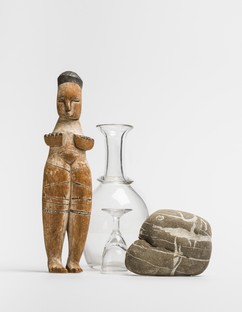 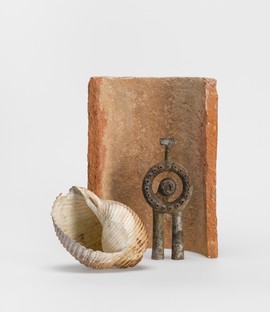 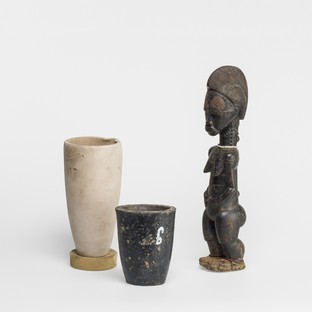 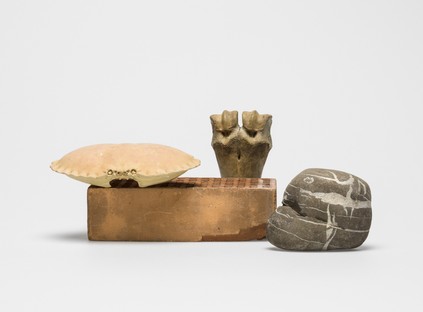 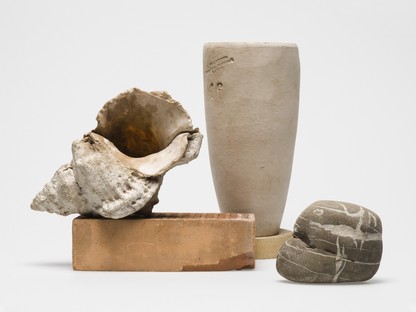 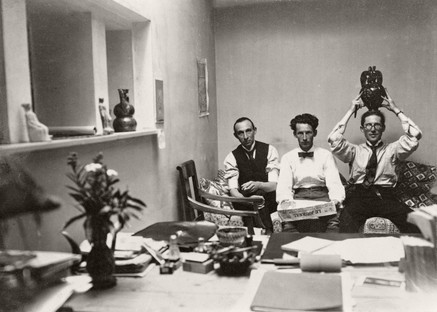