At the Venetian Hotel, one of the latest new additions to one of the most complex American cities, Las Vegas, Rem Koohlaas and his team have managed to fit two new museum spaces into the existing building in a highly innovative way 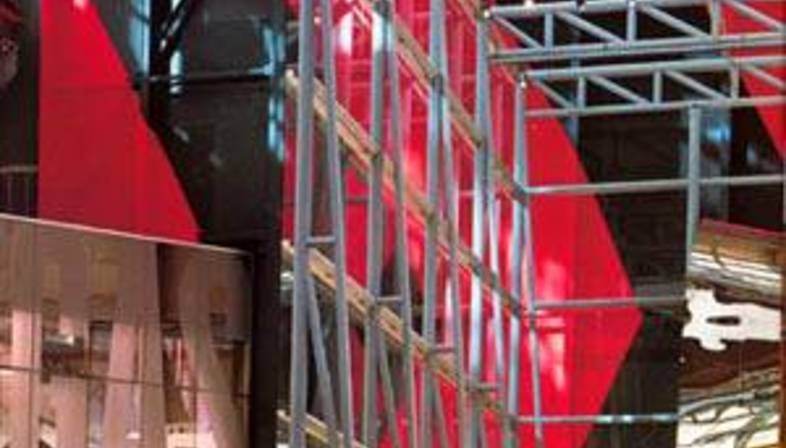 A five-minute walk through the flashing, clanging world of the slot machines on the ground floor of the Venetian Hotel takes us to the second museum, the Guggenheim Hermitage, a long, low gallery which repeats the proportions of the underground gallery of the Guggenheim Las Vegas, penetrating the hotel space like a sort of appendix which looks like an elongated wall when seen from outside, on the street. But the effect of an extension to the existing building is intentionally toned down by the presence of a strange bookcase enclosed in sheets of plastic which clearly dominates the foyer, without creating any kind of incongruence.

This second exhibition space created by Koohlaas is characterised above all by the metal coating of Cor Ten steel covering the inside and outside walls, treated with a special sealing glaze which gives it the highly unusual look of greased leather. The hues thus created are very warm, perfect for enhancing the beautiful colours of the paintings on display in these rooms: collections of immense value, containing works by Picasso, Matisse, Derain, Bonnard and other artists of similar status from the Hermitage in St. Petersburg.

To add to the versatility of the exhibition halls, the works of art are permanently fixed to the metal walls by magnets which give them the appearance of precious gems on display in a jewellery box. In an attempt to create an ideological link between the museum spaces and the more light-hearted hotel casino, a copy of Duane's "replicants" appears amidst the hotchpotch of the hotel boutiques, setting many of the tourists and visitors who throng the hotel aback.

Koohlaas' experimental construction of these two museums certainly offers an alternative to the urban growth forecast for Las Vegas by Venturi, who recognised the importance of "fun architecture" but believed it would be browbeaten by the values of the entertainment world. But Koohlaas proposes a new essence of the public space, which transforms the idea of fun at any cost that dominates this city into a way of opening up the doors to new possibilities for use, in a broader, philanthropic sense in which commerce and culture run along the same tracks. 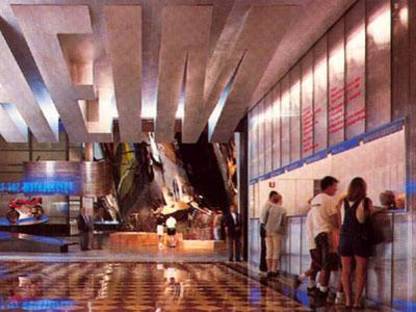 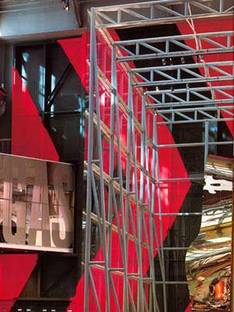 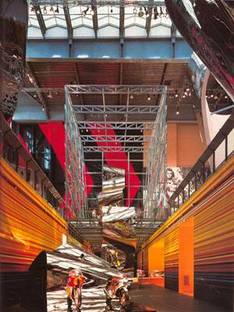 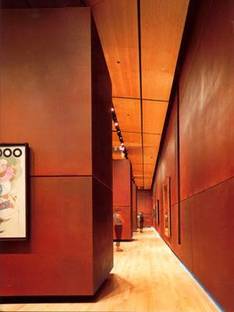