A severe but absolutely modern rectory. Closed off to the outside world, yet definitely present, inevitably establishing a relationship with the square it stands in and the city around it. 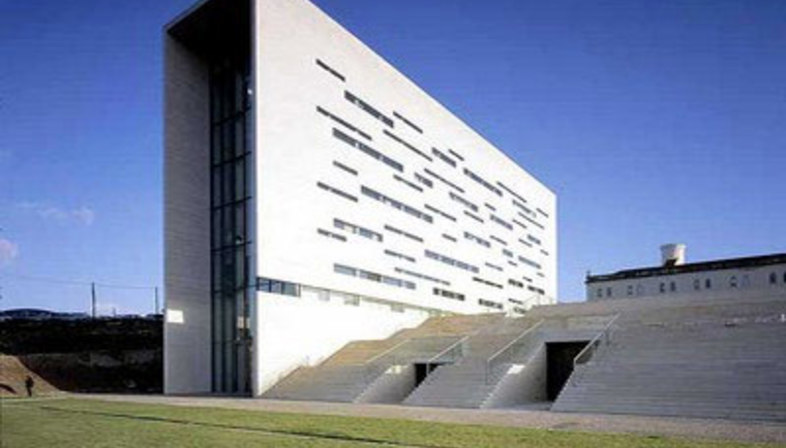 It is from the side that we can read the building, glimpse its interior, and decipher its divisions, its rhythms and its forms.Inside, the layout is simple and necessarily affected by the particular solution used in the façades: vertical and horizontal links run along the closed side, with offices placed one after another on the other side.
The rectory is built on sloped land. Three floors of the building act as its base, accompanying the slope of the land, and nine more arise above the level of the square in front of the rectory.The particular character of this "punch-card architecture" - as the architects themselves have called it - lies in the interference between vertical orientation and horizontal challenges, between its aspiration to rise tall and slender into the air and its static tendency. This can be read in the building's form, in its dimensions, in the choice of materials. Form and dimensions help the slab rise into the air, while the material - stone - firmly anchors the building to the ground.
This work won Manuel and Francisco Aires Mateus the Prémio Valmor de Arquitectura, awarded to the most representative works of architecture in the city of Lisbon. 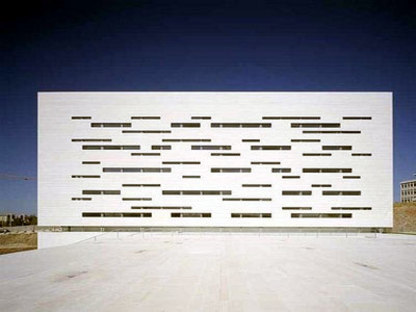 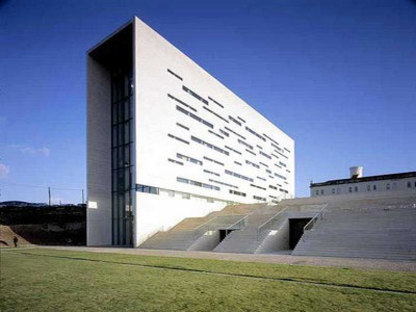 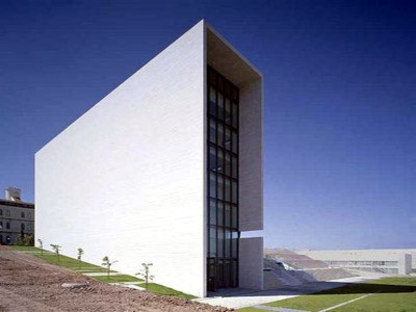 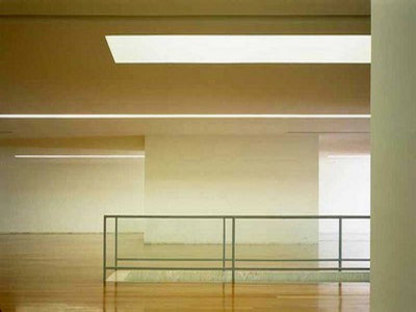