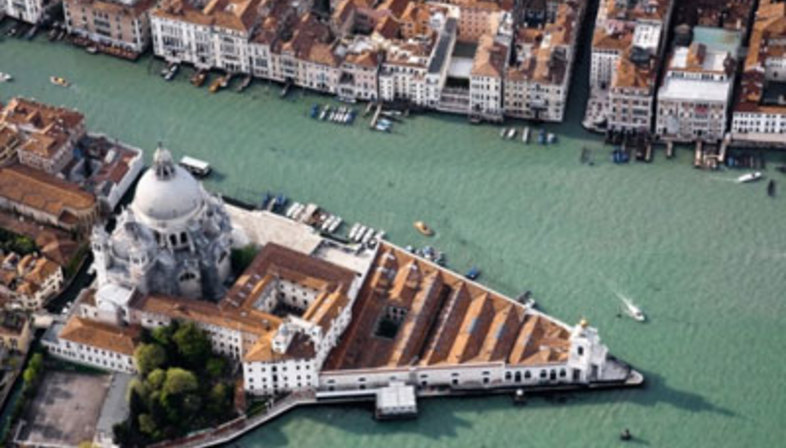 The restoration work, which aimed to eliminate the invasive additions that modified the Punta della Dogana complex over the years, included insertion of new dividers, stairways, paths and utility areas: spots marking events in the building. There is no mediation or mimetic transition between the old body of the building and these projects, which are continuously juxtaposed, almost as if Ando had decided to set volumes and levels between the countless stratifications that form the old building to separate them and offer them in orderly fashion, as a show to be enjoyed, produced by the passage of time.
Lastly, the Japanese architect has chosen to position other grids on the doors overlooking the waterfront. Made of steel and glass by Venetian craftsmen, they are modelled as explicit citations of those made by Carlo Scarpa for the Olivetti shop in the Procuratie Vecchie in Piazza San Marco (1956). In Punta della Dogana Tadao Ando manages to establish dialogue between old and new elements, creating a bond between the building’s ancient history, its present and its future.
"This building has floated on the water since the fifteenth century, and it is my intention to make it float on the water toward the future,” explained Tadao Ando at the presentation of the plans in 2007. “It is a very old building, and it was very difficult to study its history so as to preserve its original structure and innovate toward the future. I will use a 20th century material, reinforced concrete, inserting it into this setting with its 15th century structures".
Considering that 80% of the perimeter of Punta della Dogana borders on the waters of the lagoon and there was not enough space to set up a construction site next to the building, all the site logistics were on the water. A temporary harbour, construction sites on stilts and barges and pontoons permitted movement of more than 10,000 tons of various materials, with more than 2000 trips from the mainland. The site mobilised an average of 120 workers for a total of 300,000 working hours. A canteen was built on piles for the workers. Medical checks, free check-ups and individual discussions characterised the atmosphere in this worksite where the focus was on quality and safety. 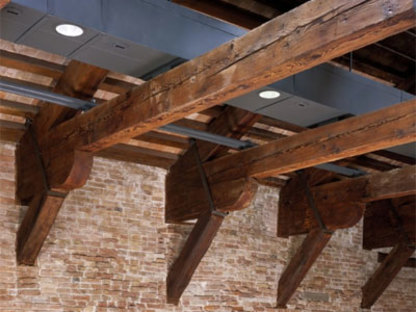 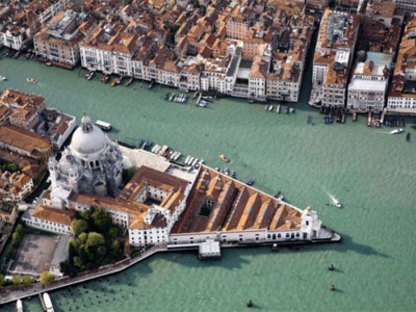 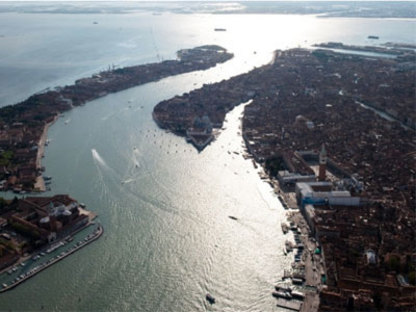 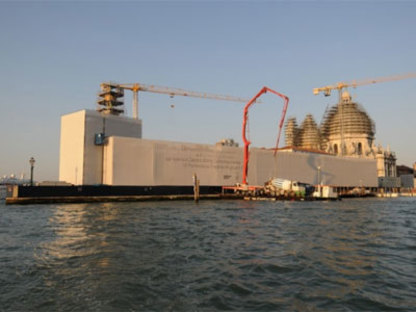 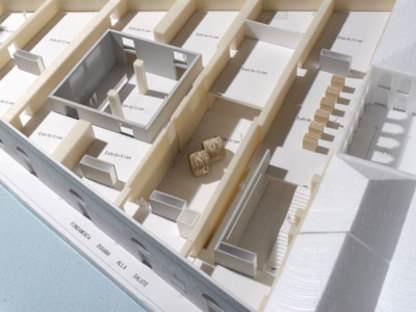 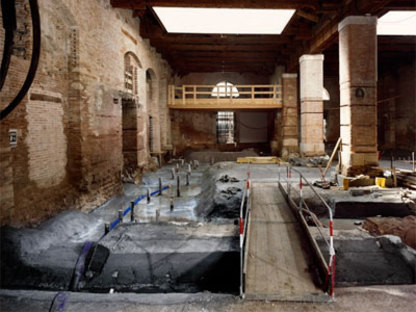 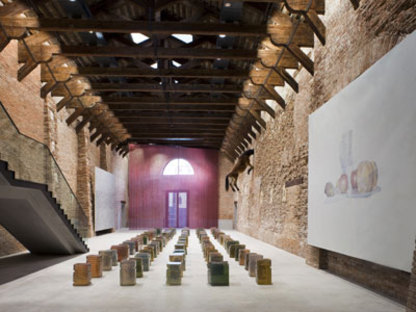 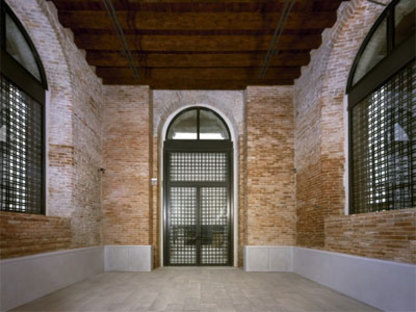 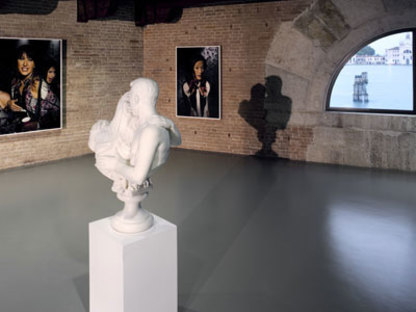 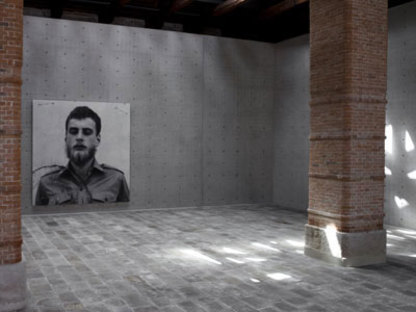 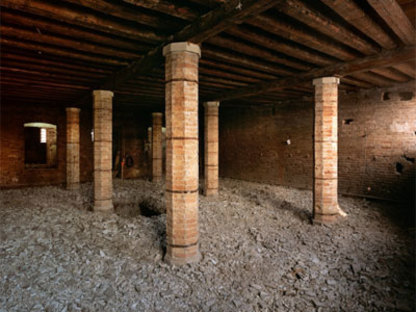