The Psychiatric Centre for Arras Hospital is part of the "Plan Hôpital 2007" programme: the hospital reform implemented by the French government to modernise the country¿s healthcare facilities. 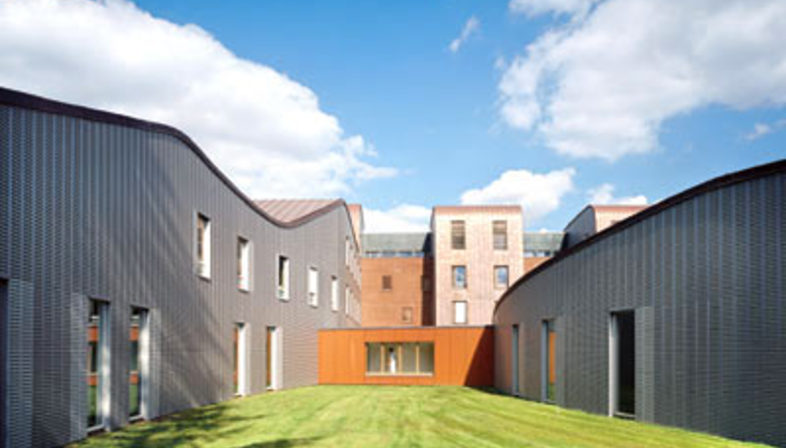 The project takes form through a series of curves characterising the finishes on the various parts of the building: soft, sinuous, like long waves following the shape of the ground and setting the terms for a dialogue between man-made forms and the features of the landscape. The undulated surface copies the curves of the roof, following them so as to create ripples here and there, involving and restoring the linearity of the facade. The roof merges into the facade in a single continuous strip with no interruptions.
The reception building is located on the city boulevard, while treatment facilities and wards are arranged herringbone fashion in the park behind it, once again wavy as it incorporates the curves of pavilions with slightly different radiuses. The intention is to do away with the aseptic, rigid appearance of many hospitals and create a relaxing, intimate, cosy, almost domestic atmosphere which will benefit the sick.

Thanks to Architecture-Studio for the pictures 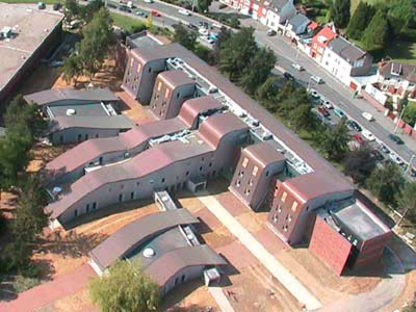 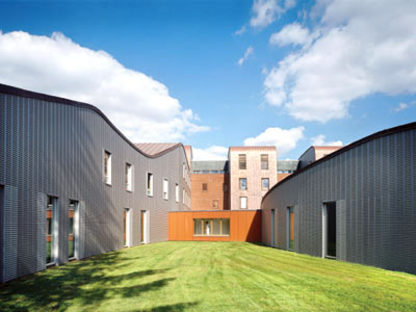 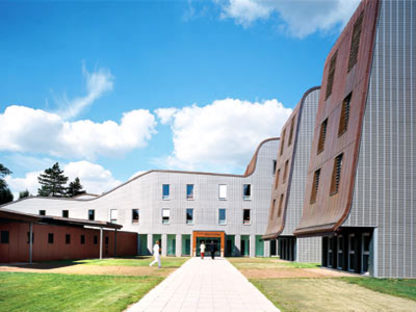 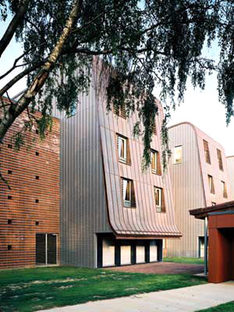