The building, occupying an area measuring over 10,000 m2, was built on the road to the new city of Punjiang for Shanghai Highpower - OCT Investment, promoters of the new city constructed in the southern suburbs of Shanghai. 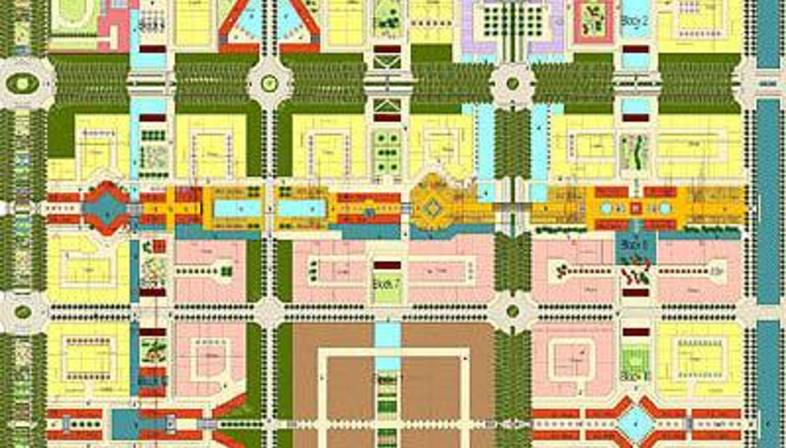 The project was approved in April 2003 following an international competition on invitation, in which Gregotti Associati International were chosen to plan the building and the entire city.
The public building houses the client?s offices and is built on a base platform one metre high and about 152 metres long. Spaces are arranged on the basis of the relationship between this raised plaza and the volumes of the buildings, 7.50 metres high, which are integrated by a system of open spaces.
The structure is a sort of "tray" on which elements referring to urban characteristics are arranged.
Pools of water and green areas are arranged on the big platform, while the paved floor identifies accesses, pedestrian routes across the plaza and relations with traffic routes outside the facility.
The core and unifying element of the entire composition is a huge flat roof measuring 5,670 m2, enclosing the built volumes and forming a series of open environments.
A square tower measuring 7.5 metres along each side and 28 metres high is crowned by a huge terrace with a panoramic view of the city. A stone model of Punjiang stands on the flat roof of the building, and a mirror underneath the terrace reflects the model so that it is visible in the plaza below. 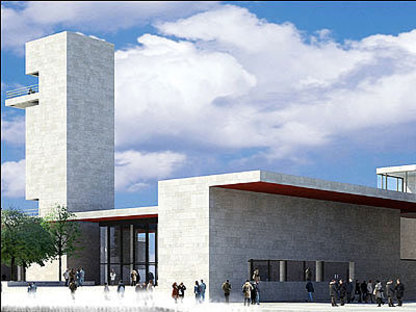 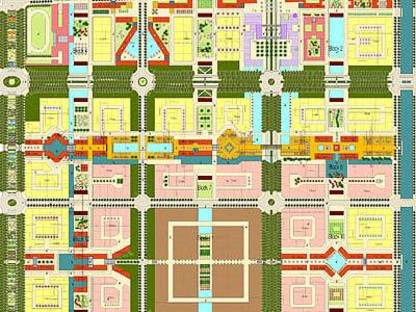