Architecture today is about fashion. It has become a backdrop against which clothes and accessories are exhibited in a triumph of fabrics, drapery and colours, blending with the forms of space so that each brings out the best in the other. 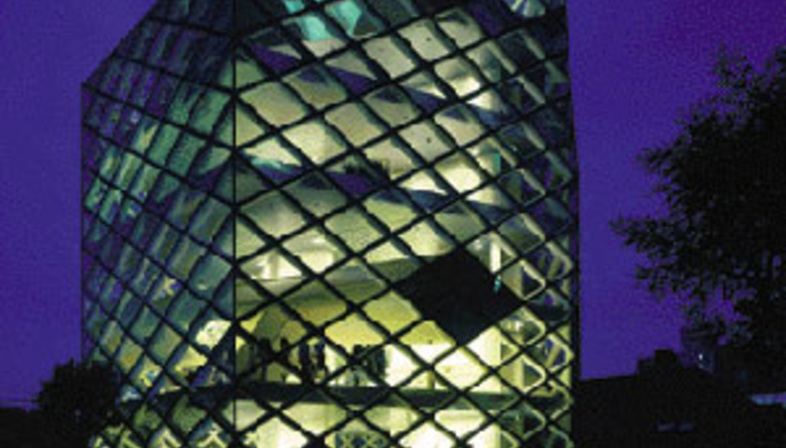 And so in recent years the world¿s most important shopping districts have been transformed into a showcase of sensual clothing and spectacular architectural scenarios.
The names of the great stylists are linked with those of the star system in the world of architecture.

In Tokyo, Tod's calls upon Toyo Ito, while Dior turns to Kazuyo Sejima; Mandarina Duck has its Paris premises designed by NL Architects, and Massimiliano Fuksas designs Armani stores in Hong Kong.
Beautiful architecture invites people to come in and look at the fashions and conveys messages corresponding to precise, targeted sales strategies. Prada, like many others, has realised just how effective and advantageous this partnership can be, appointing Herzog & de Meuron to design its "epicentre" in Tokyo.
Opened in the summer of 2003, the store appeared in all the world's most important architecture magazines, which praised its ability to use a highly seductive dramatic language to talk about fashion. Deyan Sudjic wrote in Domus n. 861: "(...) Prada also needs to get people to buy its silver shoes, its nylon bags, its men's suits, its skirts, its cosmetics, its lingerie. Herzog & de Meuron make shopping easy, a comfortable, even unforgettable experience."

The building, which looks like a beehive, is covered with weave of glass and steel in which rhomboid modules are set, framing the city from the inside and offering passers-by a glimpse into the world of Prada. Some of the glass surfaces are flat, while others are concave and yet others are convex, in an alternation which produces the effect of a living, breathing body. 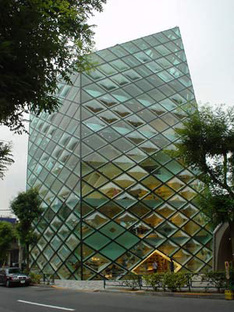 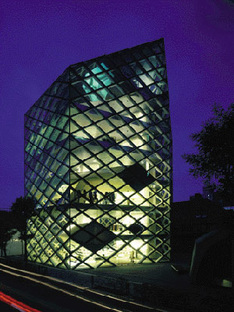 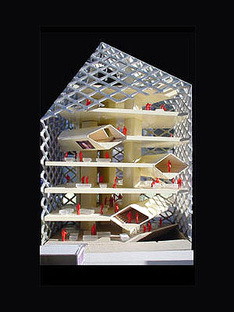 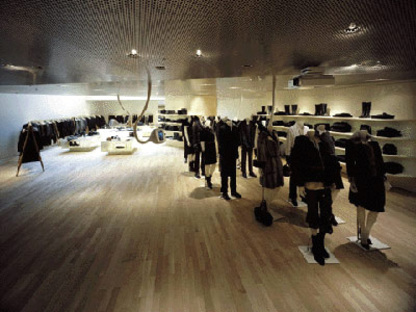 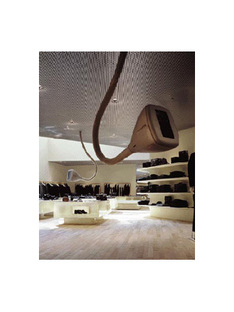 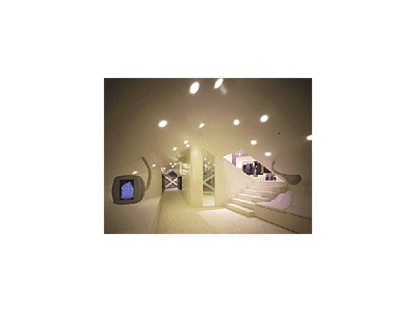