The German city of Heidelberg is home to the head offices of HDM (Heidelberg Druckmaschinen AG), the world's leading maker of printing machines 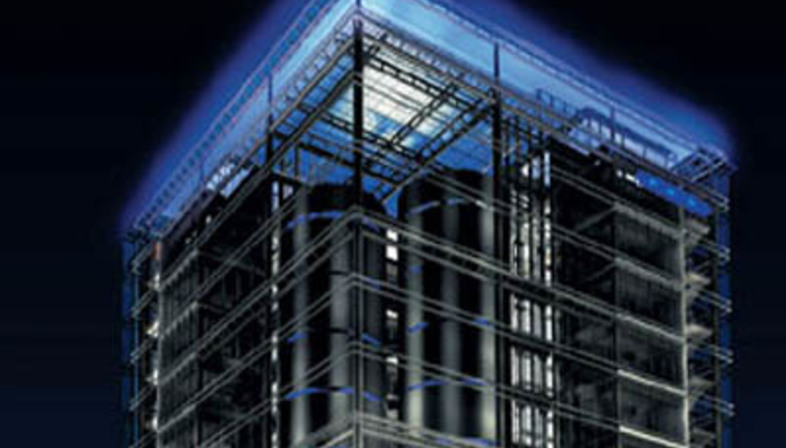 The German city of Heidelberg is home to the head offices of HDM (Heidelberg Druckmaschinen AG), the world's leading maker of printing machines.
The building representing its world-wide position of prestige was designed by architects Stichs, Wondra and Planungsgruppe and constructed between 1998 and 2000. It is a crystal palace given an English name, Print Media Academy, to celebrate HDM's position of dominance over English-speaking markets.

The building is a cube measuring 37 x 37 x 49 metres located on the axis formed by Heidelberg castle, Schwetzing castle and Kegelsberg peak in the Palatinate. It has a roomy interior courtyard and a loggia type roof offering views of the surrounding landscape; the entire complex overlooks the square where the city's central train station is located, dominating the eastern end of Heidelberg.
The project Stichs and his partners came up with represents a highly daring static solution, as all floors of the building rest on twelve steel pillars with a diameter of 63 centimetres ranged around the perimeter of the ground floor.

>From the second floor up, two enormous crossed-over steel beams support the ten floors, rigidified by a complex buttressing structure; this leaves the big red underground auditorium entirely free of structural masses, an open hall measuring 37 x 37 x 10 metres.
Escalators and lifts take visitors from the auditorium right up to the terrace roof, big enough to be considered a true usable loggia. The building features not only the two hundred seat auditorium but a gallery and event rooms, meeting rooms, workshops, a communications centre and HDM staff offices on various floors. 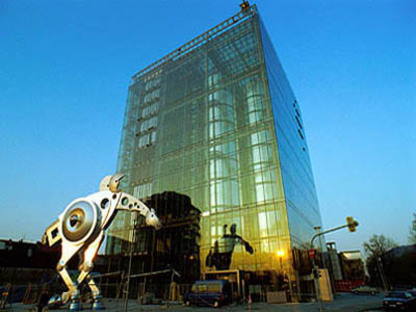 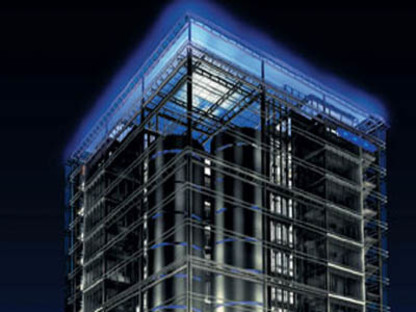 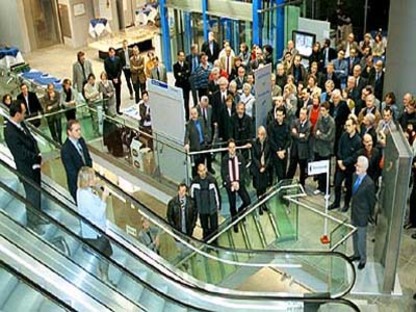 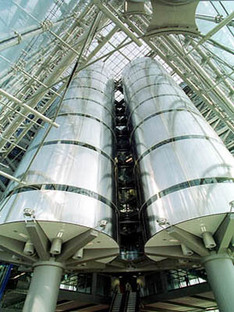 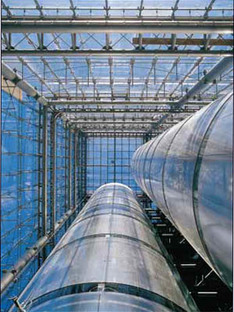