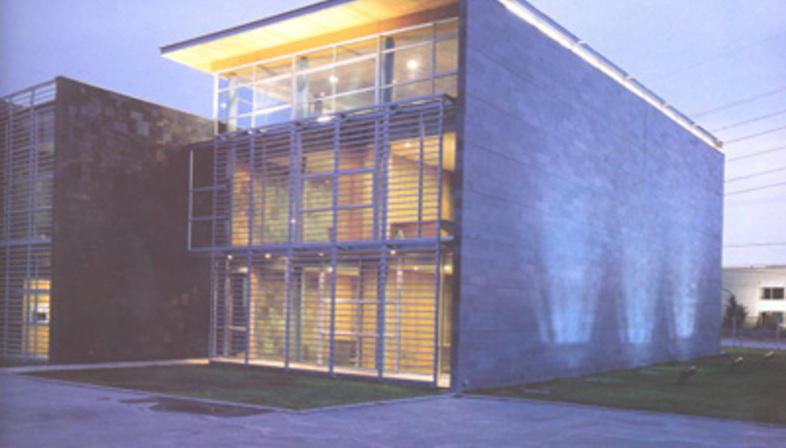 Best known for the refined elegance of his residential buildings, Mathias Klotz has actually also built commercial and industrial buildings, as well as items of street furniture and exhibition set-ups.
The Pizarras Ibericas building in the outskirts of Santiago, completed in 1997, is an example of the "architecture of enormous energy and spatial evocativeness, achieved through extraordinarily simple means" which won the young Chilean architect the 2001 Borromini Prize for his Altamira School.
Pizarras Ibericas S.A. is a company specialising in stone wall faces, known for its very large yet thin slabs of stone.

The company's administrative and commercial headquarters, designed by Klotz, are inspired throughout by the material of which the building is made: a slate of a changeable bluish grey hue whose powerful physical presence is contradicted by its use in thin walls conceived as simple, severe detached planes.

The "weight" of the stone is therefore simultaneously emphasised and denied: the contrast between the crystalline transparency of glass and the natural warmth of wood, the presence of an elegant pool of water surrounding the building to form a still mirror in which the building is partially reflected, the use of piloti on the main façade and a light, linear metal brise-soleil on the rear façade are the expedients used in the architect's design, which also covers the building with a vigorous sloping plane, cantilevered over the main façade for emphasis.
The result is an evocative effect of overturning, which enhances the porosity and colour of the wood by emphasising the concept of its detachment from the planes of the walls.

The building is built around a compound rectangle plan incorporating a threefold central volume: a sort of internal courtyard with great impact due to penetration of the pool of water which surrounds the exterior of the building into its interior, contributing visual continuity and complexity.
The building is arranged with areas for the public and for customers on the ground floor, while the upper floors, conceived as closed galleries supported by a regular mesh of reinforced concrete pillars, house administrative and design offices.

A graceful curved wall adds charm and motion to the interior, creating a sort of "wedge" intersecting the main structure, repeated on the outside in a wooden walkway which underlines its form.
Stone, wood and metal are used in the interior too, demonstrating the great skill and coherence in the architect's approach to design which makes all of Klotz's work stand out, which in this instance brings to mind the Casa Lavados.
For here too the remarkable effect of spatial evocativeness was derived - apart from the building's extraordinary geographic location near the Villarrica Volcano - from the contrast between wood and lava stone, emphasised by openings of light which, as in the Terrantai and the Pizarras building, frequently innervate the spatial experience of Klotz's architecture. 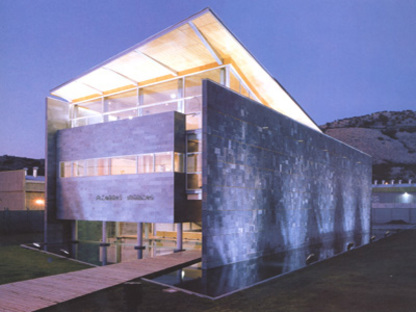 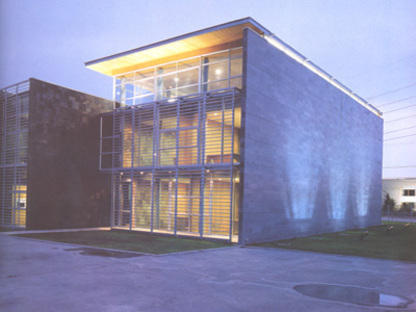 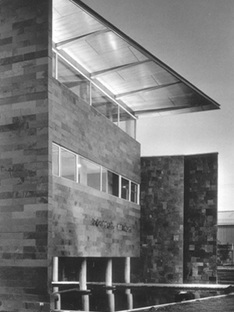 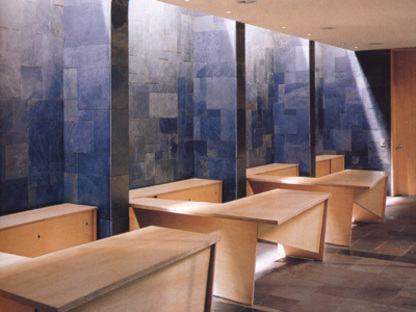 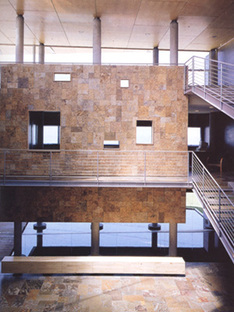