A huge glass cube containing a white tower 40 metres high: Gregotti Associati's new project is part of the plan for urban transformation of the Bicocca, destined to house the Milanese company's offices. 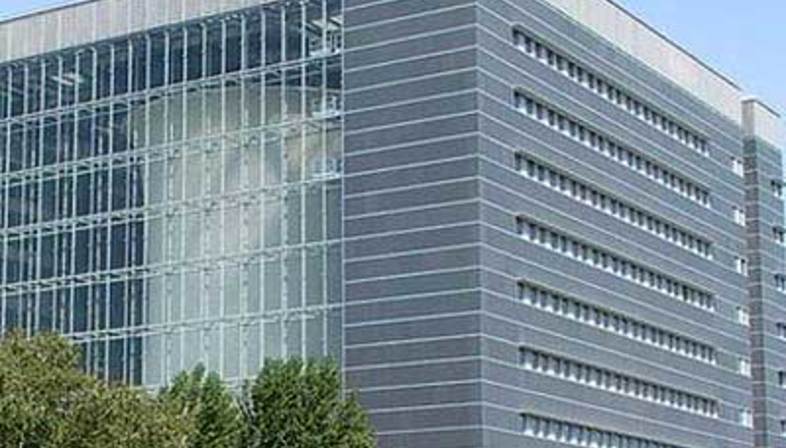 The Pirelli Group's new headquarters stand in a 70,000-square-metre area including other buildings owned by the same company.
At the centre of the new project is a cooling tower left over from the old factory, preserved as a symbol of connection and continuity between the old Pirelli and the new one.
The cooling tower for tyre production has been reinforced and consolidated, supported by a series of exposed metal poles painted white.

At the top of the tower, on the eleventh floor, is a round room where meetings of the Pirelli Real Estate board of directors will be held.
The volume inside the tower distributes employees' offices on three sides, facing onto a steep drop, while a fourth glass façade overlooks the historical "Bicocca degli Arcimboldi" building.
The architecture of the new building will frame the tower, a valuable memorial with great visual impact.
The tower will be enclosed in a sort of hall like an inner courtyard which will connect various different spaces.
A cubic volume measuring 50 metres on each side will rise on a two-storey construction with a basement containing a parking lot and an entrance arcade. Three sides of the building are occupied by offices, while the fourth is closed in by a 1,800-square-metre window. 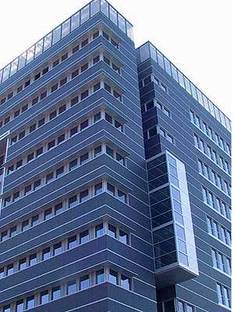 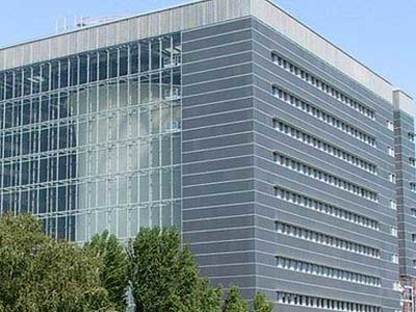 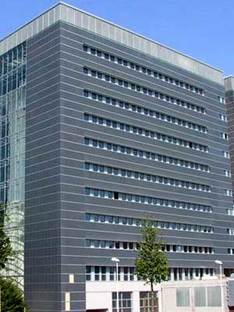 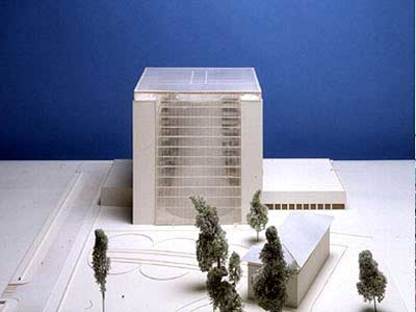 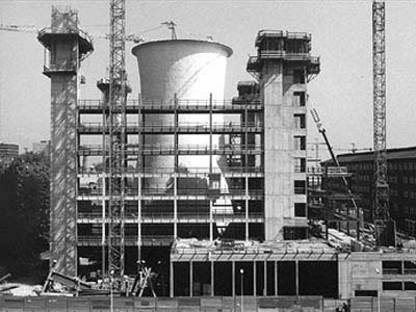 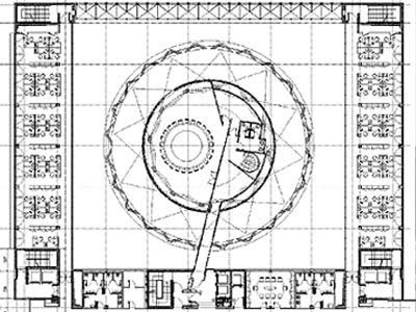 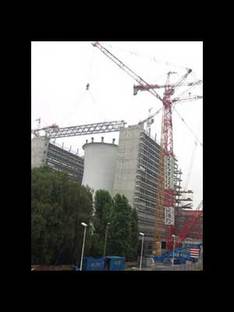