From September 28 through October 3, the splendid island of Ischia will host the ninth edition of the Ischia International Architecture Awards, entitled “LandEscape Therapy", a play on words reminding us of the need to live in harmony with the environment. The week will feature a series of workshops, lectures, concerts and workshops, as well as presentation of awards to the winners in various competition categories. 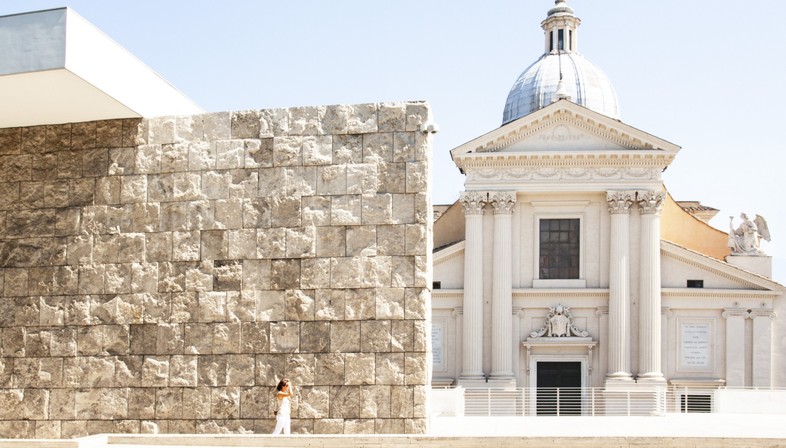 "Some places are an enigma, while others are an explanation." This quote from writer Fabrizio Caramagna appears on the poster for the 2020 edition of the Ischia International Architecture Award and introduces the theme of the ninth edition: “LandEscape Therapy".
The play on words of the title reminds us of the need to be in harmony with our environment and acknowledges the therapeutic role played by landscape as an antidote to the evils of contemporary life, while architecture is our principal tool for proposing new strategies restoring the lost harmony between man and landscape. These possible strategies will be the subject addressed by speakers and participants in the series of workshops, lectures and conferences accompanying the award, organised by the association PIDA in partnership with the Order of Architects, Planners, Landscape Architects and Conservationists of the City and Province of Naples. The programme opens today, September 28, in the dramatic Castello del Piromallo di Forio d'Ischia, with a workshop for young people with the participation of the universities of Catania, Naples and Palermo. The workshop focuses on two proposed projects: planning an “urban forest” in the area occupied by the multipurpose centre in Ischia, and creating a “landscape of art” transforming the pine grove in Via Edgardo Cortese into a park showcasing contemporary artworks. The programme will also feature architectural events and performances such as the “Sinfonìa spaziale” a lecture by Teresa Sapey, architect and interior designer, instructor in Plastic Investigation at Universidad Camilo José Cela in Madrid and winner of the PIDA Alberghi 2020 and the PIDA award for lifetime achievement, accompanied by a “Spatial Symphony” performed by musicians Emanuele Belloni and Massimo Ventricini, starting at 20:00 at Sant’Angelo d’Ischia.
The calendar of events will become even more dense starting on October 1, with a series of conferences at Castello del Piromallo di Forio d'Ischia featuring prominent institutional and international guests. The issues addressed will range from “Challenges: architecture for starting again” and a talking focusing on architecture for hospitality, addressing the question "How will hospitality change in the third millennium?" and presenting the results of the design workshops. There will also be a conference on “The island I would like to see", in which the island of Ischia becomes a microcosm for representing the challenges of environmental sustainability facing the planet as a whole. Portuguese landscape architect João Ferreira Nunes, winner of the 2020 PIDA International Award, will hold the keynote speech concluding the series of events. Awards ceremonies will also be held, during which the PIDA panel of judges, coordinated by Luigi Prestinenza Puglisi, chairman of the Italian Association of Architecture and Criticism, will present, in addition to the prizes already mentioned, the 2020 PIDA Award for Landscape to Artesella, an exhibition of contemporary art in nature held in Val di Sella, Trentino, and the 2020 PIDA Innovation prize to architect Ian Ritchie; while architect and writer Christian De Iuliis, author of the ironic “L’Architemario – volevo fare l’astronauta” (published by Overview – 2014) will be awarded the 2020 PIDA Award for Journalism and architect, photographer and visual artist Santo Eduardo Di Miceli will be presented with the 2020 PIDA Award for Photography. The photography exhibition “La Città Contemporanea”, “The Contemporary City”, in which Santo Eduardo Di Miceli looks at “the relationship between places of human habitation and their destiny in an increasingly lost civilisation”, will open on October 2 at Castello del Piromallo, where it will be held for the duration of the event, continuing from October 6 until November 8 at Atelier Dolcezze. 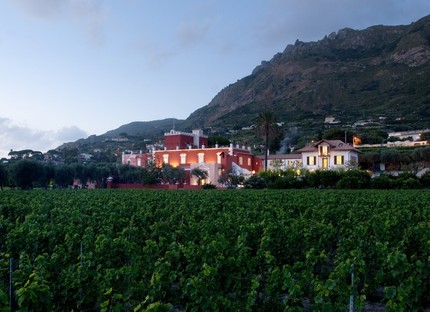 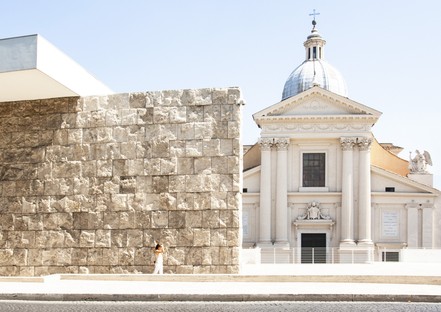 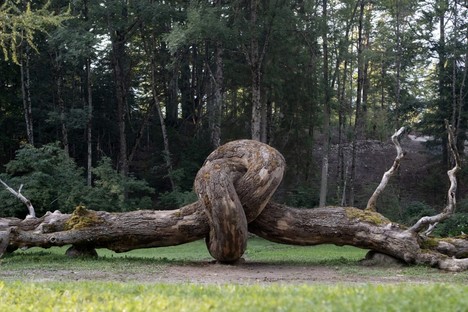 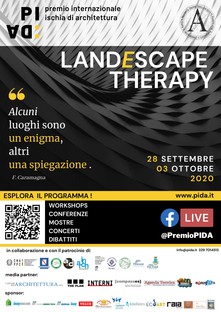