Aware of the mobility of contemporary life and the way in which hotels are increasingly taking on cult status, Ian Schrager, the New York businessman who came up with such legendary institutions as Studio 54 or the Palladium, turns to Philippe Starck to experiment with the new trends in temporary living in his hotels. 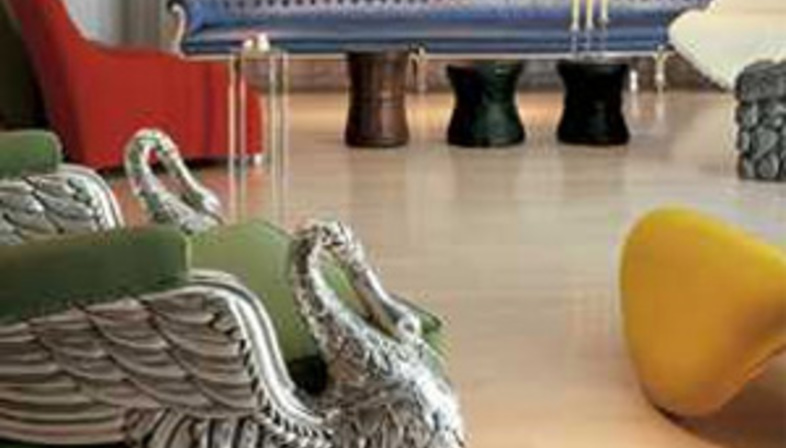 The simultaneous presence of public spaces and private rooms and the need to deal with standardisation or customisation of space makes the hotel an excellent laboratory for Starck's experimentation with design. The designer has come up with new archetypes of hospitality, true antidotes to minimalism and to the rigour of cosmopolitan living.
The French "genius" has come up with several new ways of creating unusual, evocative spaces: In the Asia De Cuba restaurant in Hotel Mondrian in Los Angeles (1996), patrons can eat on an outdoor patio surrounded a enormous terra cotta vases planted with ficus and Bougainvillea.

The new luxury is created by a combination of different environments offering the visitor evocative sensory experiences, surrounded by acid colours and unusual objects, as in Hotel St Martins Lane in London, dating from 1999, where the entrance hall welcomes guests with huge golden teeth, actually stools, and a backlit screen displaying the inside of a goldfish bowl.

In London's Hotel Sanderson (2000), located in a building dating from the '50s, the entrance hall appears sober and basic from the outside but is a whole different world on the inside: a great hall combining acid and pastel colours, sensuous lip-shaped armchairs, a billiard room coloured entirely in purple, tables both microscopic and tall in the bar, in never-ending series of surprises for the guest.
Starck usually tones down his style in the bedrooms, preferring neutral hues and minimalist furnishings, occasionally enhanced by use of light or by old-fashioned spaces, as in the Hotel Delano in Miami (1995) where a coat of white paint covers all objects and makes them all the same.

Eclecticism, irony, continual surprises created by use of light and colour, original ways of using common spaces and the warmth of surreal atmospheres are the ingredients Starck uses to make an night in one of Schrager's hotels a truly memorable experience. 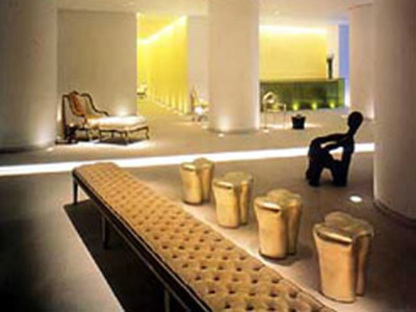 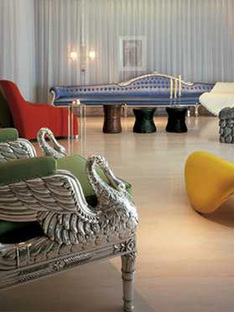 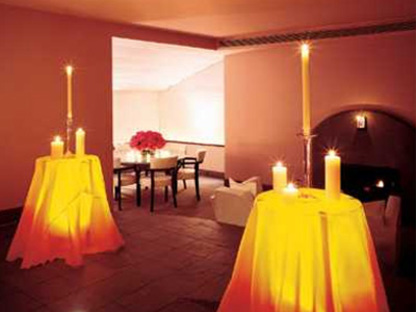 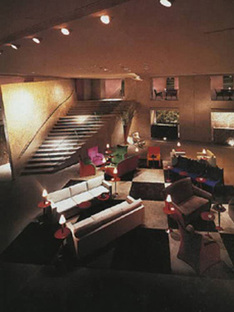 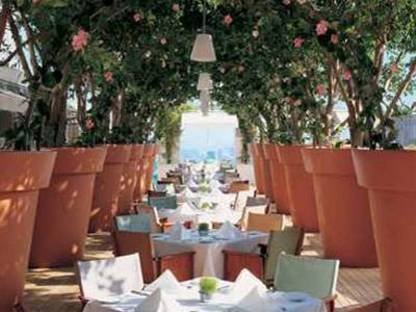 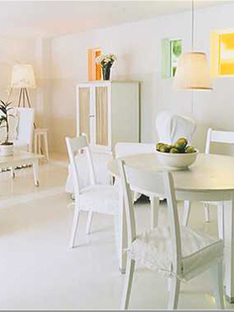 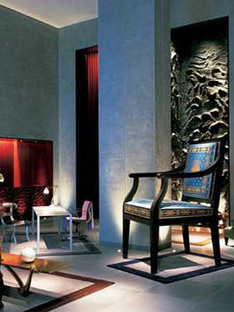