Peter Tolkin and John Byram:
the Saladang Song in Pasadena, 2001

In the well-known town of Pasadena in California, there is a Thai restaurant called "Saladang Song", the product of the first major project completed by the architects Tolkin and Byram in 2001. 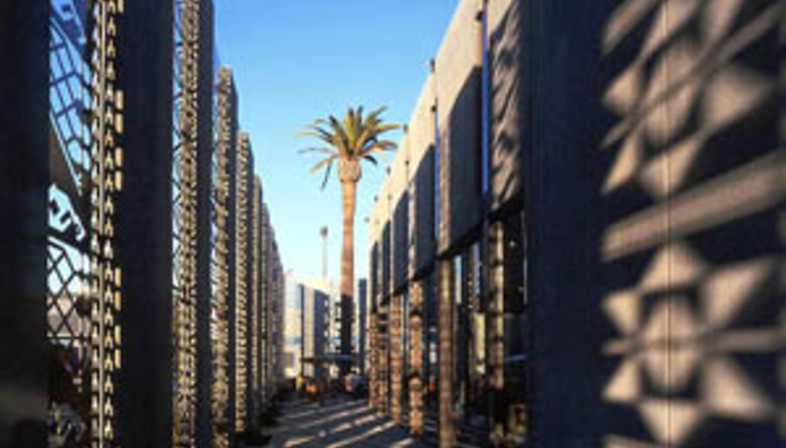 The pavilion housing the main restaurant, the kitchen and an attic in which a private flat for the owner has been created, stands at the centre of a rectangular plot of land, closed in on three sides by a tall wall made of concrete slabs. Between the central pavilion and the outer wall there is a patio facing onto the road reminiscent of a Thai "lounge", a kind of place for refreshment; indeed, in this area it is possible to lunch and rest, escaping for a while from hectic city life.

The spaces between the various slabs in the perimeter wall create a fascinating alternation between light and shade, especially at sunset and in the evening, when the interior is lit up: in these spaces between one slab and another, Tolkin has inserted thin steel screens which serve as a protective membrane. They are decorated with original patterns, inspired by Thai fabrics, which in fact are based on geometric motifs, representations of animals and scenes from peasant life, resulting in an effect that is both "industrial" and exotic at the same time. These screens made in steel, glass and concrete are placed in a strategic position creating a pleasant rhythm and a subtle effect of movement along the perimeter wall, making the environment particularly relaxing.

The smooth concrete slabs were made on site and immediately installed; they are 6.7 metres tall and are supported by structural braces running under the floor of the courtyard and the restaurant. The screens inserted between the slabs, perforated using the most advanced laser technology, are 6.7 metres tall too and the whole structure is joined together by regular fencing. Their steel finish is quite simple: it shines during the day and creates shade as the sun descends towards the west.

At the entrance there is a small niche standing back from the side road, it too formed by perforated steel panels; a linear fountain has been built against the fourth wall that encloses the plot of land, sunk into the floor of the patio and lit up in such a way that a dim light reflects on the wall. The water, the trees and the light inside the enclosed area make the patio of the restaurant a place with a pleasant and sophisticated atmosphere which contrasts with the architectural conservatism typical of the town of Pasadena. This place of refreshment attracts the attention of passers-by, who are able to gain fleeting pleasant glimpses of it, like the one from the north-east corner, almost dematerialised at the point where two steel screens meet. 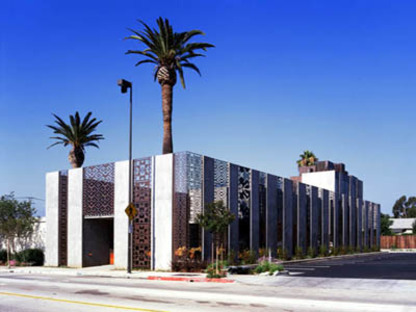 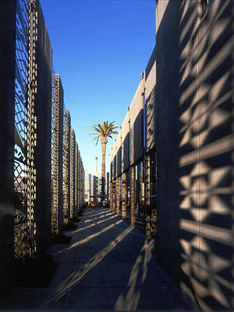 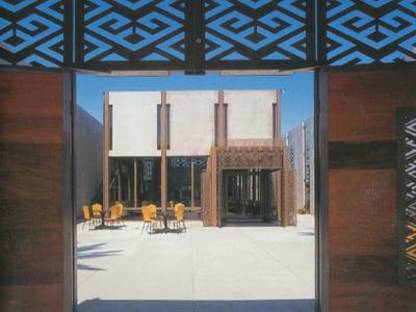 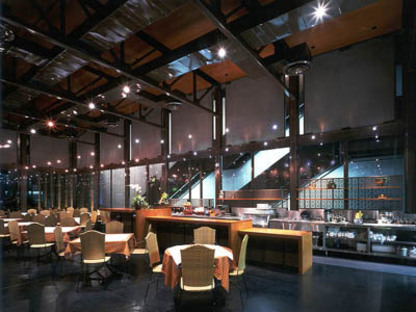 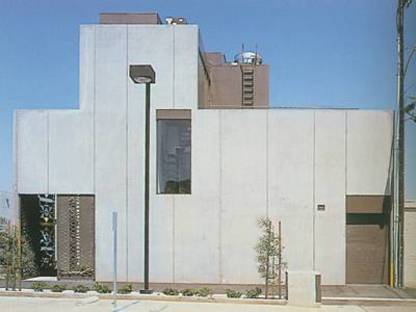