In the Mapungubwe Interpretation Centre, Peter Rich demonstrates that contemporary architecture need not necessarily be self-referencing, but may reflect the landscape and act as a ring connecting a thriving civilisation of the past with a better future for the people who live in the area. 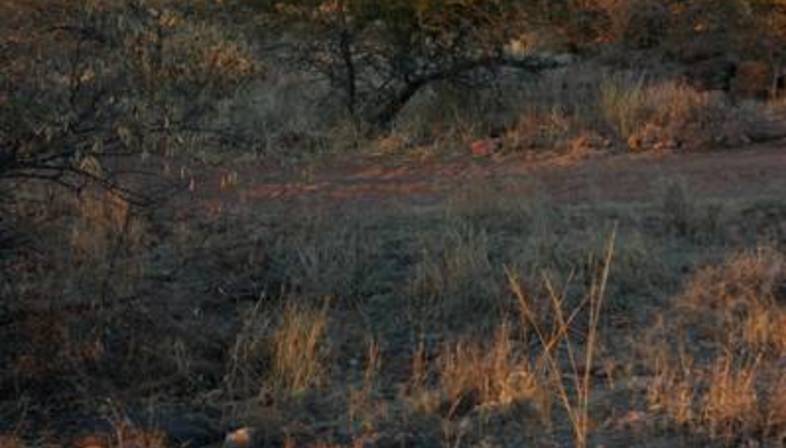 Winner of the World Building of the Year Award in Barcelona in 2009, the Mapungubwe Interpretation Centre attracted the attention of the world architecture scene to an archaeological site dating back to the Iron Age at the place where the Limpopo and Shashe rivers flow together on the border between South Africa, Botswana and Zimbabwe. Following the 1933 announcement by the Illustrated London News that a tomb had been found with an abundance of artefacts, research brought to light the remains of a flourishing ancient civilisation in a spot which was proclaimed a World Heritage Site in 2003. The archaeological site in Mapungubwe National Park has now been brought back to life in a new symbol, a cultural centre promoting the local history and landscape designed by Australian architect Peter Rich, recently awarded the title of Honorary Fellow of the American Institute of Architects.  Rich wanted to build a structure that would be intimately linked with Africa and with the culture and building traditions of the Ndebele people, which he studied at Johannesburg University, and built a monument to them using local building techniques and materials and blending his construction into the appearance and symbolism of the local landscape, making it a place for socialisation and study with an amazing expressive capacity.
On the slopes of a mesa in a vast expanse of hilly land dominated by wild tree species, the complex reflects the shape of the landscape and fits in like a natural element clearly wishing to camouflage with and be disguised by its surroundings. Organised as a path on multiple levels crossing through different buildings linked by raised walkways, with dry walls and stairs surrounded by vegetation, the Mapungubwe Interpretation Centre looks like an ancient artefact emerging again out of the stratification of the land: the domes uniting the different structures so that they look like a single whole recall prehistoric caves, with smooth, majestic vaults inside and disorderly piles of stones extracted from local quarries on the outside. The construction’s complex sinuosity culminating in its domes built out of fragments of stone makes it look like a mountain range eroded by time and the action of nature, generating a surprising effect of integration between the natural and built landscape. The domes also constitute a link with the local population: the arches are made of raw earth bricks made by hand by local workers trained in a special economic assistance programme undertaken by South African National Parks, the client in the project. 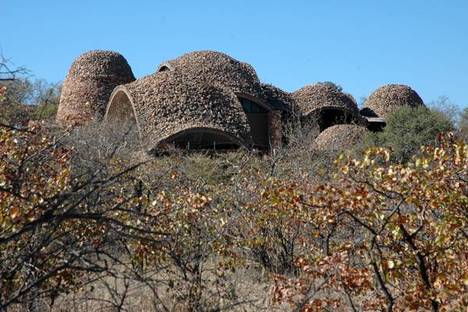 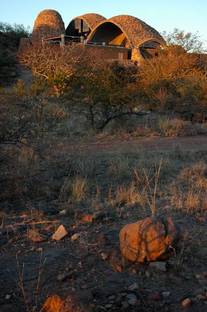 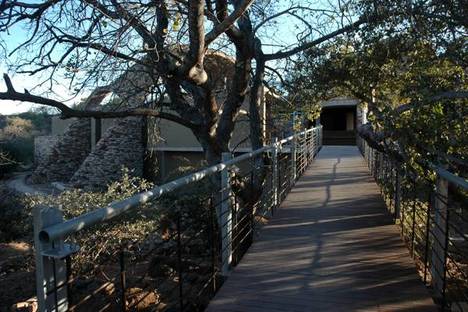 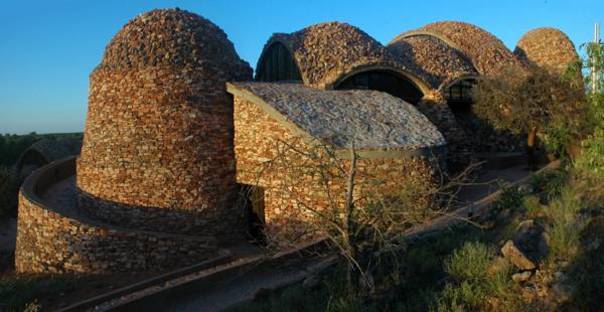 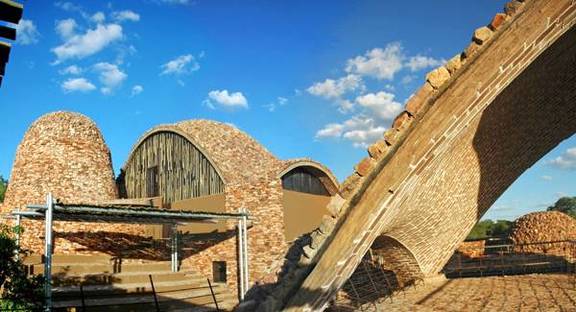 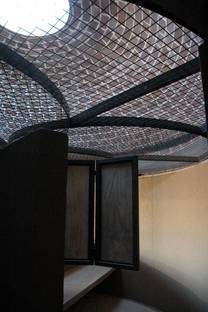 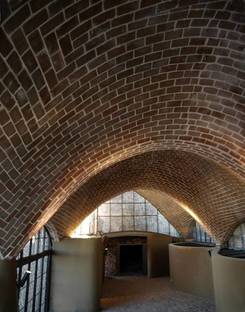 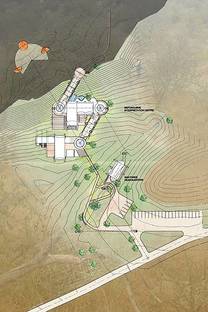 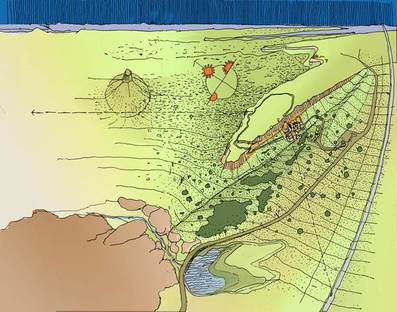 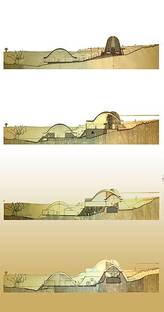