The House of Silence designed by Peter Kulka for the Benedictine Abbey of Königsmünter, in Meschede, is a simple but refined cement cube: a true refuge from the outside world. 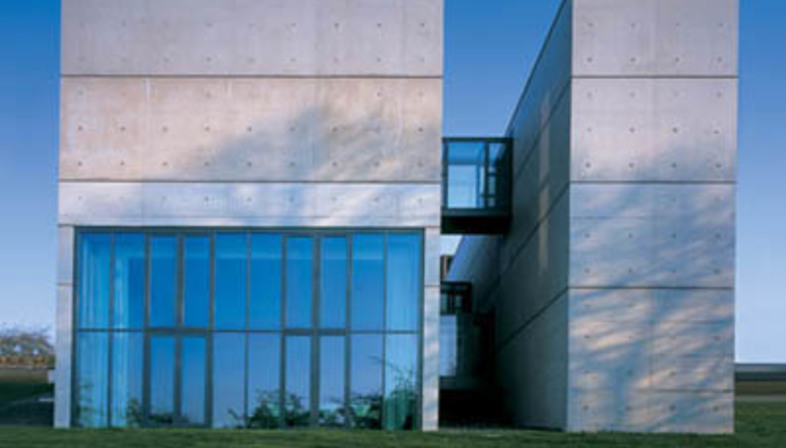 Kulka constructs his House of Silence in two volumes of different sizes: one containing the stairway and another, wider construction containing the guest rooms. The slender space between the two blocks is covered with gravel and crossed by connecting walkways. The light cement walls of the stairwell, entirely blind, are marked horizontally and vertically by a motif consisting of three narrow grooves. In the guest room building, full length windows offer beautiful views over the meadows and fruit trees.

As these windows cannot be opened, there are windows on either side of them with mobile metal panels in place of glass to allow ventilation of the room. The dark aluminium frames with their slight relief create an elegant contrast with the light-coloured surface of the construction.

Visitors enter from an entrance which is not showy, with a ladder leading to the "cells", with their bare cement walls and ceilings. The rooms are cosy despite their simplicity; common areas on the lower floors - the big dining hall and the two-storey-high square room for meetings and group meditation - open up onto the garden and make the most of their lovely position on the side of the hill. In the refectory area, Kulka comes up with a modern interpretation of the cloister theme; the walkways offer an additional connection between the two volumes of the building as well as a series of splendid views. A small office and two consulting rooms located in the guest room building are accessed from the cloister; these rooms are thus kept separate, with windows opening onto the dark, narrow space which divides the structure in two. But the place that transmits the most intense emotions is the little chapel at the end of the stairwell: the heart of the building, it is a space just a little wider than a cell in which daylight penetrates only through a skylight.

Without windows or furnishings, with a simple terra cotta floor, the chapel is even more austere than the rest of the building. Even the cross on the far wall is reduced to its most basic form, made out of stainless steel. The aesthetic and formal severity of the chapel represents a drastic renunciation of the superfluous, something we all find moving. The House of Silence is more than an architectural space: it is a place of meditation and prayer, where distraction is not allowed and daily life is transcended. It is the deepest expression of the ideals of poverty and simplicity which Romano Guardini and Rudolf Schwarz expressed in their works. Thus Kulka restores the substantial dimension and position of centrality which religious architecture enjoyed in the collective imagination at least until the beginning of the twentieth century. 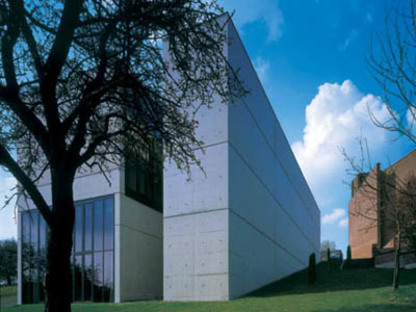 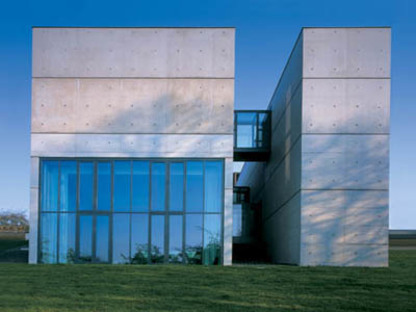 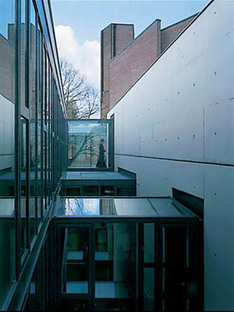 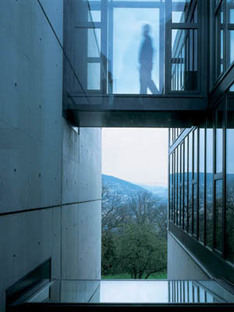 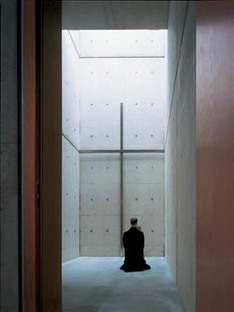