Perrault and the Ewha Womans University in Seoul

A monumental project in the heart of Seoul for the campus of Ewha, the historic women’s university. Dominique Perrault translates the city’s need for symbolic reference points into a symbol surrounded by greenery which is not only a landmark but a reconciliation of internal comfort with conscious use of environmental resources. 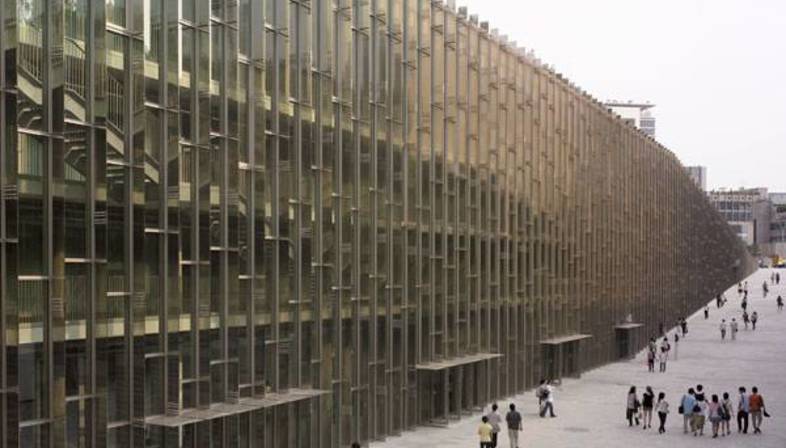 In the new building housing the Ewha women’s university campus in Seoul, Dominique Perrault addresses several essential themes of design at the same time, translating them into a work of amazing formal success. Like many of the megalopolises that grew exponentially in the twentieth century, Seoul needs new buildings that fit into their context but also stand out as unmistakeable symbols of the new contemporary architecture so that the population may recognise itself and find itself in them. The French architect addressed the first issue by orienting his architecture along a definite straight line that cuts through the centre of the artificial hill to create a sign and a fracture generating a new space that did not exist before, attracting people’s attention and interest.
By concealing the building underground, in twin bodies facing onto a long paved plaza, he manages to exploit the entire roof surface as a green roof and create naturalist paths through areas planted with native vegetation. In the central cut and along these pedestrian paths amidst the greenery, the building is not just the location for a service, but an urban node and a street providing a link in the district, making up for the difference in level between the two access points. Inclusion of greenery is motivated not only by awareness of the importance the city of Seoul attributes to nature, with its big parks and new environmental policy, but also by the results of research into the latest new sustainability solutions, cutting the building’s energy requirements so that it provides some of its own energy thanks to exploitation of natural resources (geothermal energy and collection and reuse of rainwater).

The immense glass surfaces of the façades, opening onto the plaza, do away with the need for artificial lighting on the public levels of the building, housing the classrooms, the library, the gym, the university’s administrative offices, a cinema and a cafeteria, while parking lots are located underground. The layout allows most of the public areas to face indirectly onto the big window over the central plaza, ensuring that activities going on there become an integral part of the activities taking place in the buildings and providing natural ventilation in mild seasons. Insulation and air spaces, outer walls and floor slabs create a thermal labyrinth which preheats and pre-cools the air in winter and summer. Lastly, the green roof and the fact that the building is partially underground isolate the complex from the noise of the city, ensuring all-round comfort inside the buildings.The plaza, on a slight slope followed by a flat segment and then a stairway leading up to the green roof, is designed to be an open-air theatre in which the scenery is provided by the imposing long windows, making it even more spectacular at night when they are lit up. The perfect place for events organised by the university and open to the public, the plaza of this city landmark has also become a nightly refuge for the homeless. This is another unexpected evolution of architecture when it fits completely into the urban fabric and dynamics of the city.
Mara Corradi 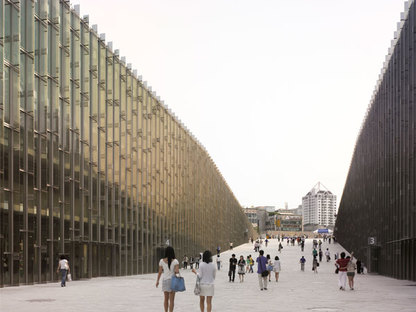 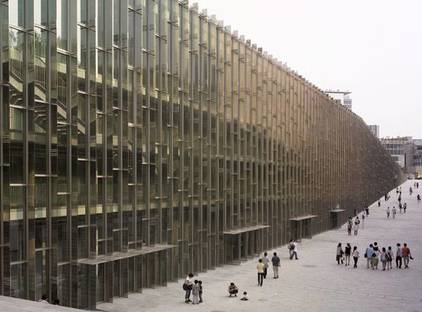 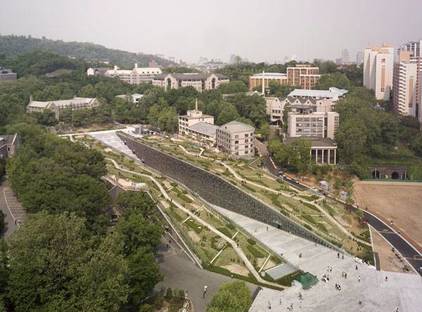 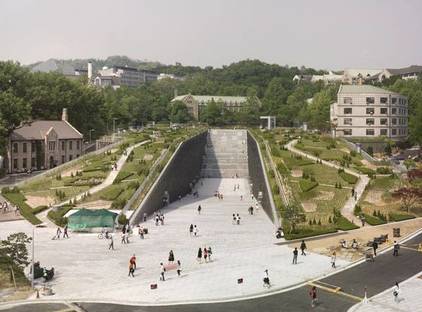 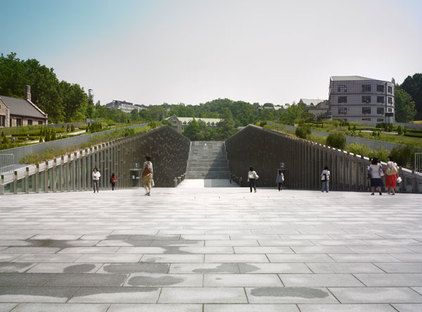 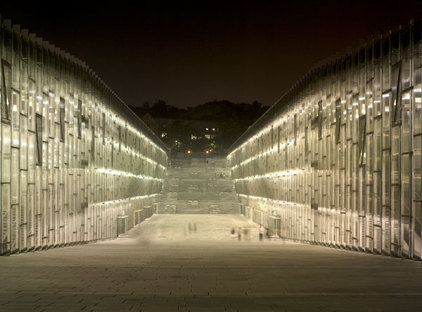 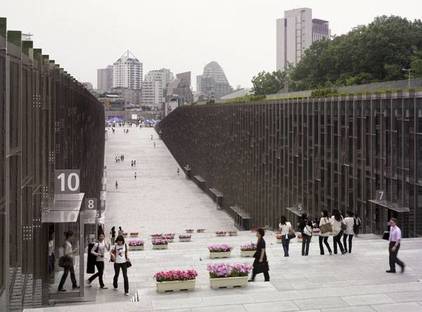 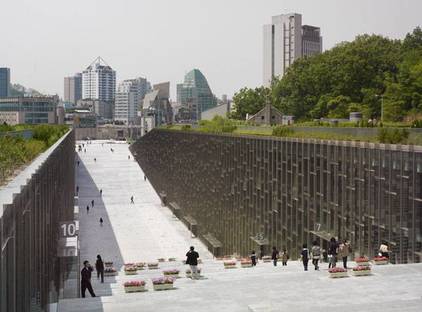 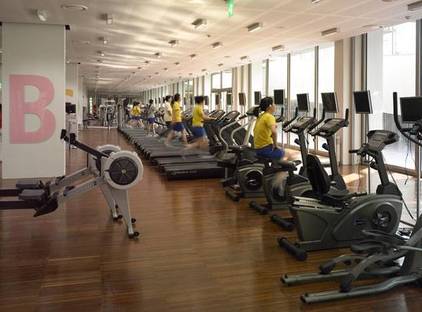 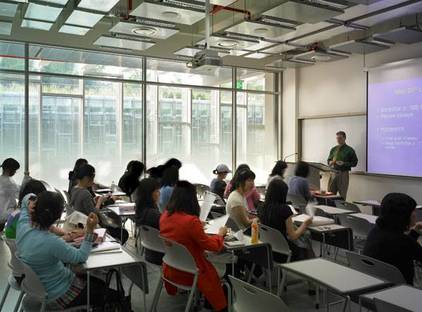 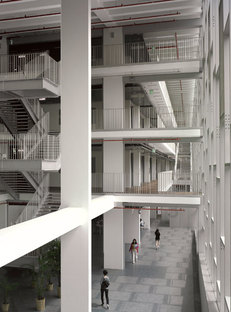 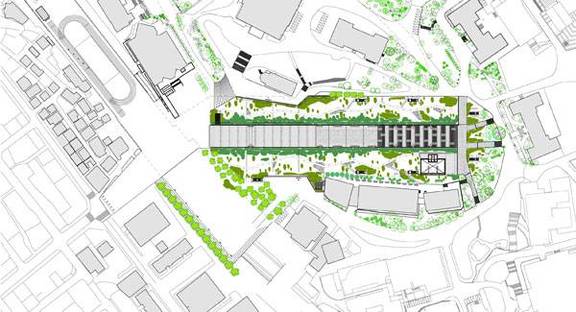