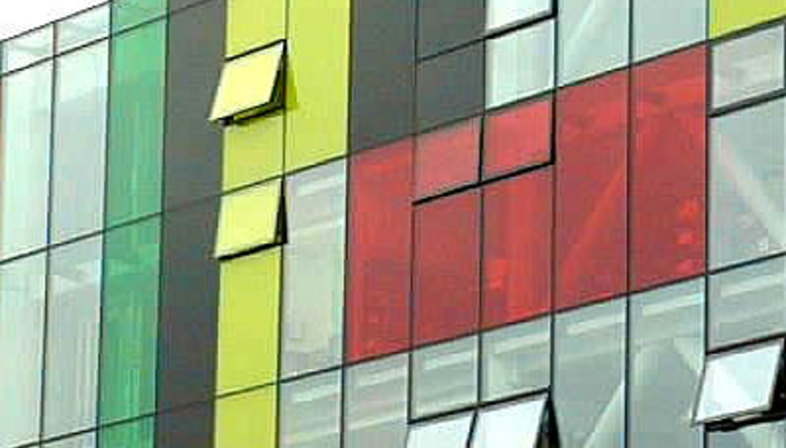 To the south, a series of diagonal steel columns supports the load of the library.
Despite use of materials of different colours, forms and features, Alsop's Peckham Library is a building with a playful but non-invasive look: an expression of concreteness and timelessness.
The building's public appearance is emphasised above all by use of horizontal slabs on its façade. At the same time, the vertical connection of the façade system, by repeating the line of the uprights, prevents the building from taking on a static appearance and emphasises the idea of changeability and flexibility.
The library, which has won the Stirling Award, rises in front of a big plaza covered with tesserae of different shapes and colours, like a huge collage.
The work demonstrates that construction materials with a multitude of forms and decorations can be resistant and long-lasting enough for use in a public building. 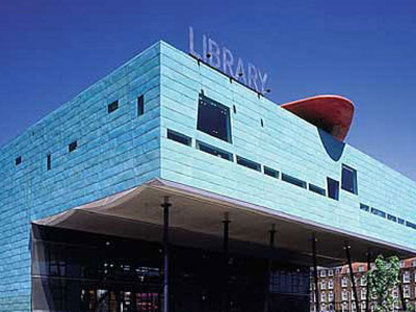 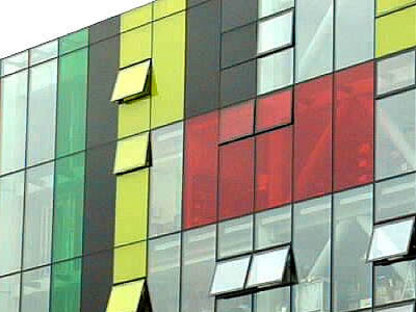