A 18x35 metre parallelepiped in which the structure is entirely on the outside, where it becomes a skeleton, a weave, a perforated skin: this is the National Choreographic Centre built in Aix-en-Provence to Rudy Ricciotti's design. 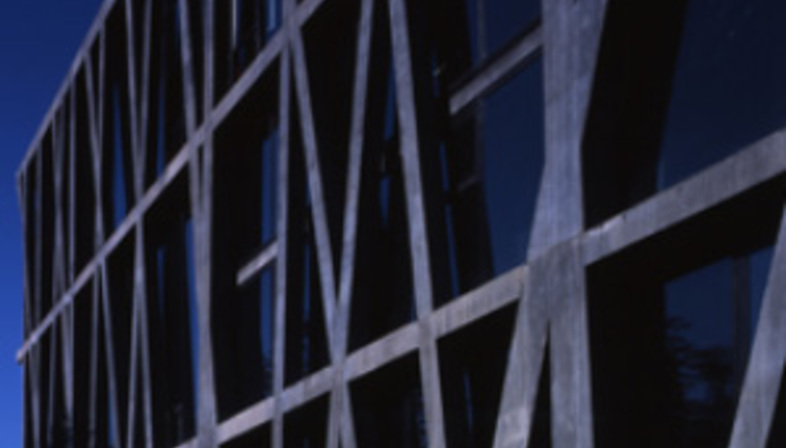 3 thousand square metres on 8 levels containing 4 dance studios and a 378 seat theatre with a 17x15 metre stage. This challenging project was built on a tricky site: a very narrow lot bordering on a big flight of stairs, in a seismic zone with a water table emerging close to an underground theatre - all on a very tight budget!
Not an easy task, especially considering that theatre is close to a noisy railway line. For these reasons the architect decided to build a structural facade in which cement and glass are the key materials. Blackened concrete branches form a design on the facade, but their layout is essentially determined by precise calculation of the building's structural and stability requirements.
The branches make the resulting composition dynamic, arranged vertically in some places and diagonally in others, with the addition of big glass windows looking out over the building¿s interior and its surroundings. By night, the contrast between the transparency of the glass and the black cement creates a particularly evocative image for the Pavillon Noir, with a weave of pillars and girders that seem to want to protect and preserve the interior. The building lets people see what it happening inside, emphasising the spectacular nature of the activities it hosts.
Its construction cost 5 million euro and took 7 years, representing an important step in the redevelopment of an anonymous neighbourhood in Aix-en-Provence. This is not the first time that Ricciotti has worked on a difficult project in an anonymous or degraded setting. In Vitrolles, also in southern France, he built a Concert Stadium in a completely deserted rocky landscape.
The strong character of his architecture in the Pavillon Noir once again reveals Ricciotti's predilection for bold materials and solid material constructions such as those made out of cement. 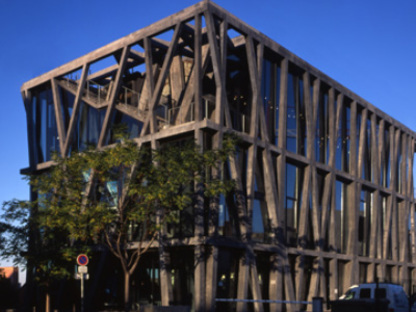 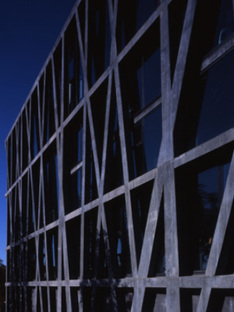 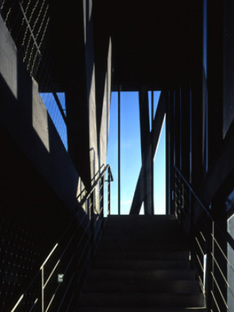 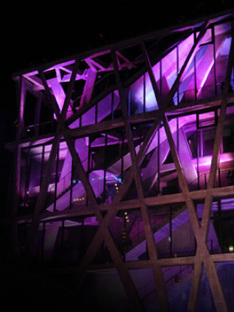 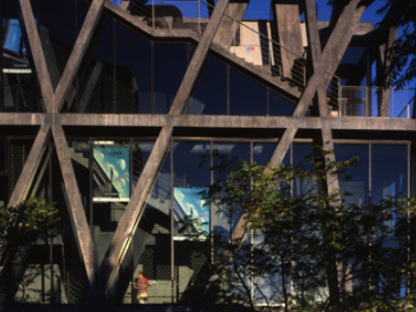