A refined building that fits peacefully into its unique natural setting and offers an apparently simple shelter for the artworks it contains, the museum designed by Patkau Architects was named one of RIBA’s 20 buildings illustrating excellence in architecture in 2018. 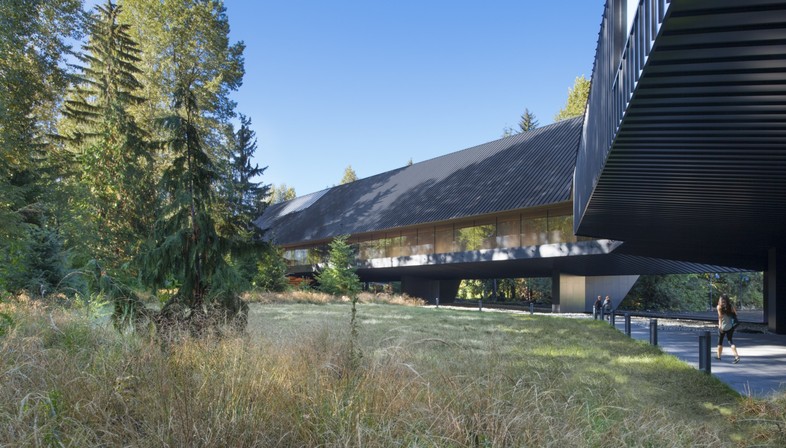 The 16th Architecture Exhibition at the Biennale in Venice, FREESPACE, curated by architects Yvonne Farrell and Shelley McNamara, is monopolising the world architecture scene and focusing architectural debate on the participating architects and nations, but the judges themselves should not be neglected! Patricia Patkau, who founded Patkau Architects with John Patkau in 1978, is one of the members of the international jury of the 16th Architecture Exhibition at the Biennale in Venice, and here we look at a recent project by the studio selected for the 2018 RIBA Awards for International Excellence. This award was assigned at the end of May to 20 new or recently constructed buildings representing excellence in world architecture according to the Royal Institute of British Architects. Patkau Architects’ project is Audain Art Museum in Whistler, Canada: a refined building set peacefully in a highly characteristic natural setting, offering an apparently simple shelter for the artworks it contains. It is a beautiful example of a FREESPACE, as defined by Yvonne Farrell and Shelley McNamara, because of the connections it establishes with its natural setting. 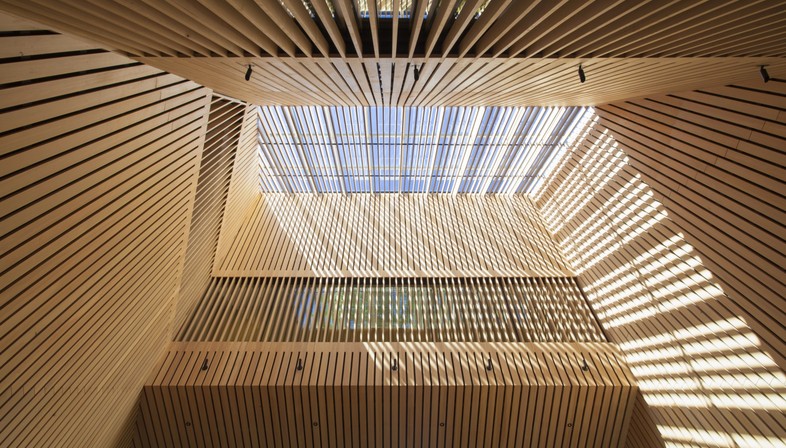 Whistler is a ski resort north of Vancouver. The town centre looks like an Alpine village, and on the edge of town is Audain Art Museum, a privately owned museum hosting the personal art collection of Michael Audain, including works dating from the late nineteenth century to the present day and one of the world’s most important collections of ancient masks as well as paintings by Emily Carr and important works by Canadian post-war artists and world-renowned contemporary artists.
Patkau Architects’ building was constructed in a clearing on the edge of a coniferous forest. The project was governed by three important limits dictated by its natural setting: the presence of dense vegetation, the alluvial soil, and the large amount of snow that Whistler gets in winter. These key factors determined the choice of the type of construction and the form of the building; the museum is in fact a bridge suspended over a series of foundation blocks. The linear volume takes advantage of a clearing in the forest, fitting gently into the landscape; only one tree had to be cut down to make room for it. The architects adopted a raised solution to eliminate the risk of flooding and built a steeply sloped roof so that snow would not be a problem. The area under the roof contains administrative and service spaces, while the lower level is entirely dedicated to showing the permanent collection and temporary exhibitions. 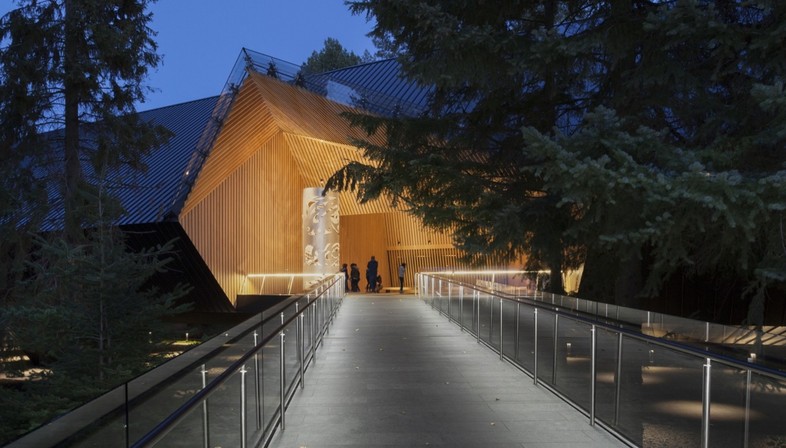 The architects also created pedestrian links with the existing routes in the town, particularly the "Village Stroll", a walk which crosses the village to join various points of interest, including the museum, and then connects with the grid of pathways in the forest. The museum is accessed through an inviting arcade that becomes an attraction on the route. Through this arcade, visitors can decide whether to go into the museum and continue along the glass walkway introducing them into the galleries housing the permanent and temporary collections or continue outdoors, going back down to the forest and the meadow to continue their walk across the site. 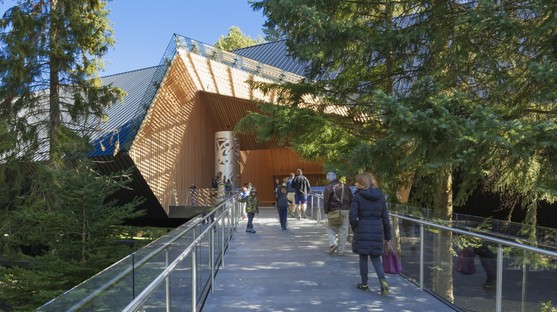 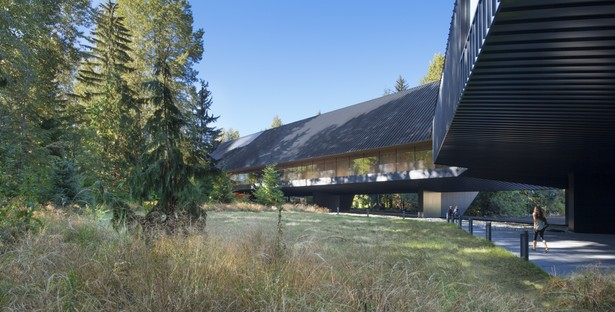 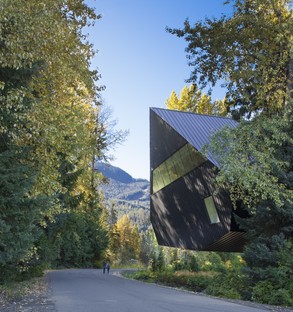 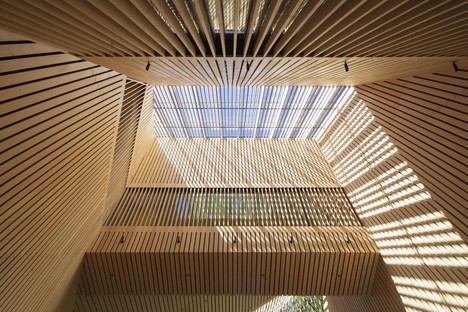 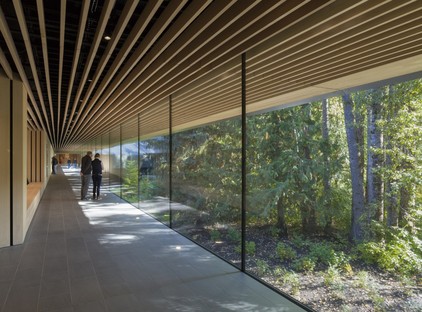 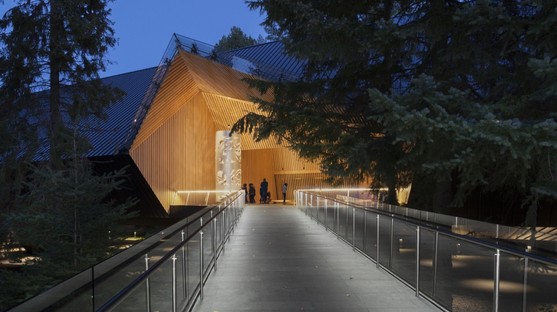 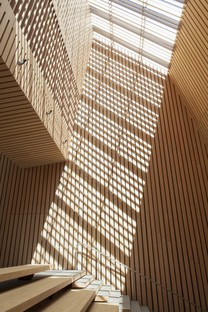 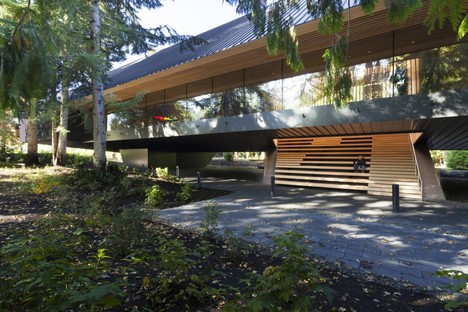 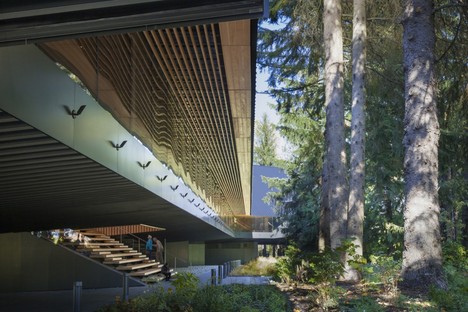 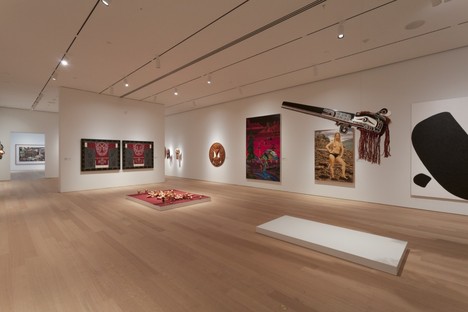 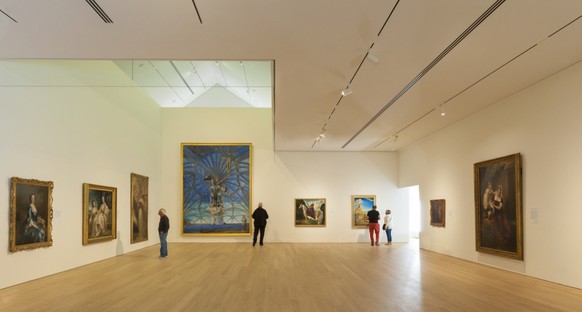 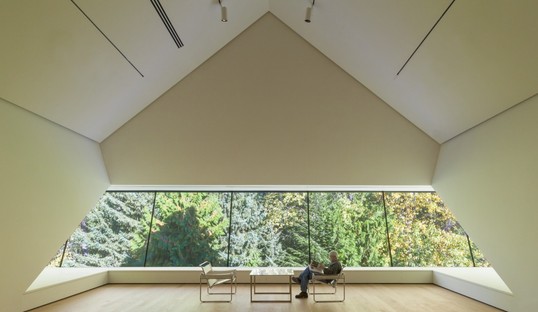