The Shanghai Oriental Art Centre, opened in 2005, is one of Paris architect Paul Andreu's most spectacular projects. As in many of his works, light plays a key role, giving the building transparency and light weight. 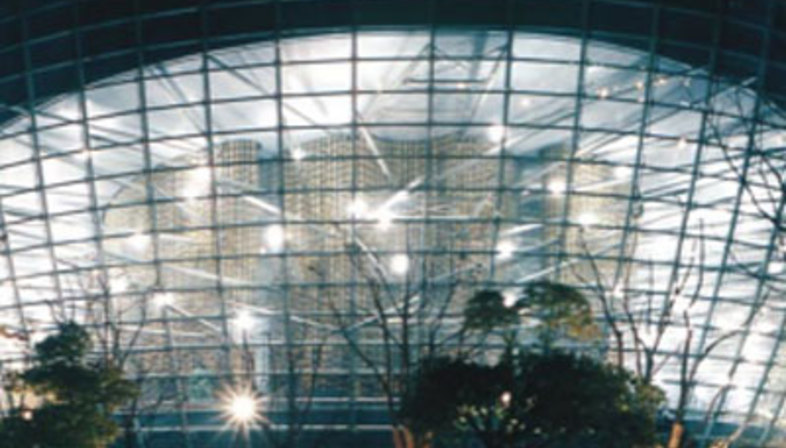 This public cultural building was financed by the City and is its biggest arts centre, consisting of a philharmonic hall with 1979 seats, an opera theatre with 1054 seats and a 330 seat chamber music hall.
It also has a temporary exhibition centre, music shops, a restaurant, an art library and a multimedia and educational centre.
This high-impact building in the Pu Dong district is striking not only for its size (23,300 square metres) but also for its spectacular form in the shape of an open flower. The façade, made entirely out of stratified glass, gives the building a fascinating appearance at night, a mysterious presence shining in the dark city. The particular technology employed conveys all the light inside the building toward the exterior.
This makes it possible to see people moving toward and around the forms of the three concert halls from outside the building. The colours of the concert halls get lighter and lighter as they rise toward the ceiling.
The spaces are surrounded by sinuous lines enclosing the foyer, exhibition areas and entrance hall. Right from the start Paul Andreu knew he wanted to build a magical building that would not only provide the city with a place to hold major events but convey emotions with its presence alone.
Paul Andreu is very aware of this concept in his work, as is clear in the Osaka Maritime Museum in Japan. The Paris architect often relies on light to establish a building¿s presence, making it shine in the dark to allude to the event of birth and the emotions surrounding it.
The result, in the case of Shanghai Oriental Arts Centre, is a form of architecture which is highly innovative from the aesthetic point of view but also in structural terms, as the problem of stress on the panels of the façade required a particular type of stratified glass incorporating perforated sheet metal. 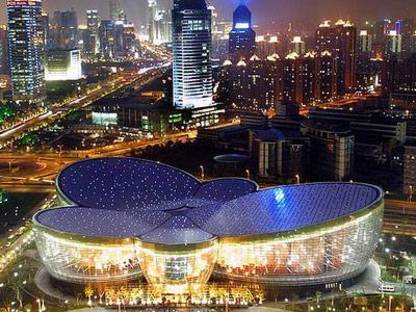 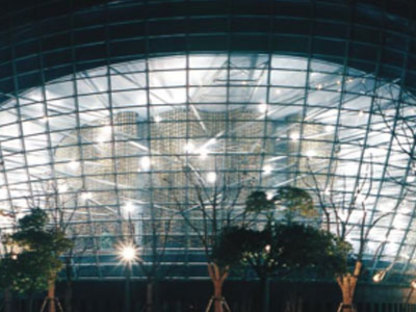 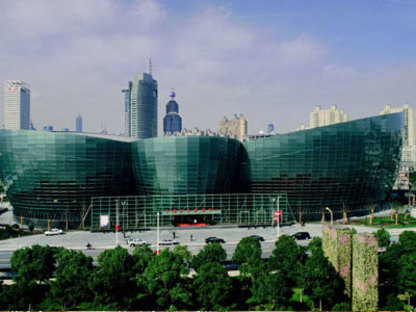