The architects of One Works interpret a city square as the negative of a building in Piazza Tre Torri in CityLife Milano. 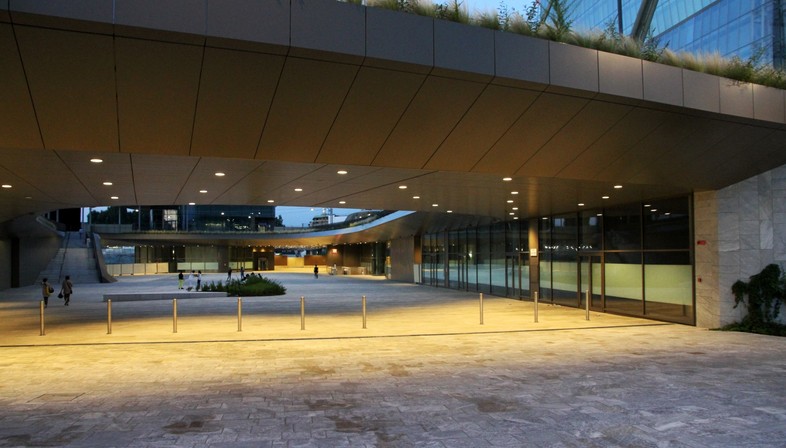 A new piece has been added to the puzzle of redevelopment of the Fiera Campionaria district in Milan with the November 29 inauguration of the CityLife square: Piazza Tre Torri, designed by One Works. The architectural practice founded by Leonardo Cavalli and Giulio De Carli was recently named Italy’s first architectural studio in terms of revenues by Il Sole24 Ore. 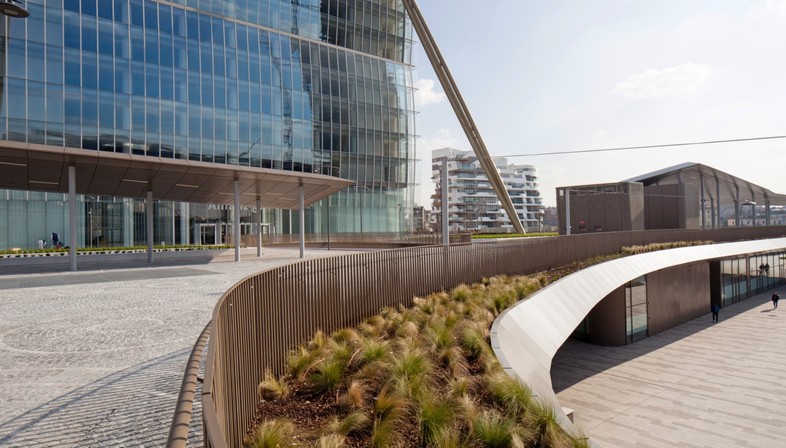 The square and the park are two key elements in the CityLife masterplan, open spaces which determine the dialogue between the city and the redevelopment of what used to be the Fiera Campionaria, the city’s exposition site.
One Works interpreted the area’s complexity and identified three key aspects: the north-south axis of the park, the east-west axis running between Piazza 6 Febbraio and the retail space at the base of Hadid’s tower, and, lastly, Piazza Tre Torri, the central place where the two axes intersect. The architects interpreted the piazza as a negative of a building: an interpretation explained by the complexity of the space, where horizontal and vertical relationships overlap. The square defines the relationship between the two levels of access to the towers with the “Tre Torri” stop on metro line 5 and the underground parking lots. Its spatial articulation is arranged around big windows establishing visual links with the underground part and creating continuity between different levels. One Works uses the square to resolve and harmonise the different levels in the area, establishing a sense of continuity between the new CityLife constructions and the city around them.

Images courtesy of One Works 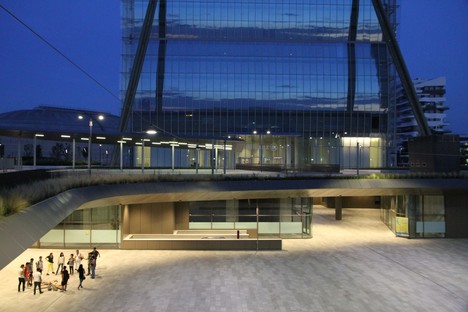 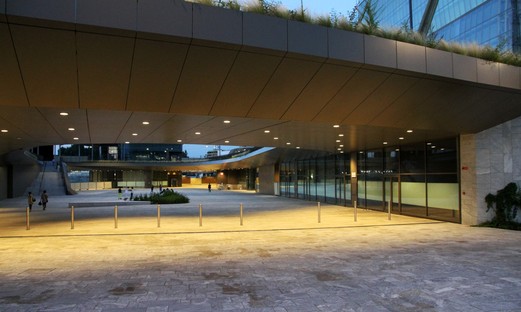 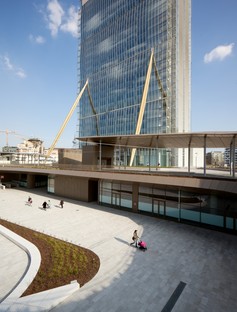