A ring-shaped building providing a symbol for the new China and for the potential of digital design now stands in Beijing's central business district. A masterpiece by Rem Koolhaas (OMA), the China Central Television building is a landmark revealing the structural tensions that hold it up on its façades, providing the public with enough information to understand how it is built. 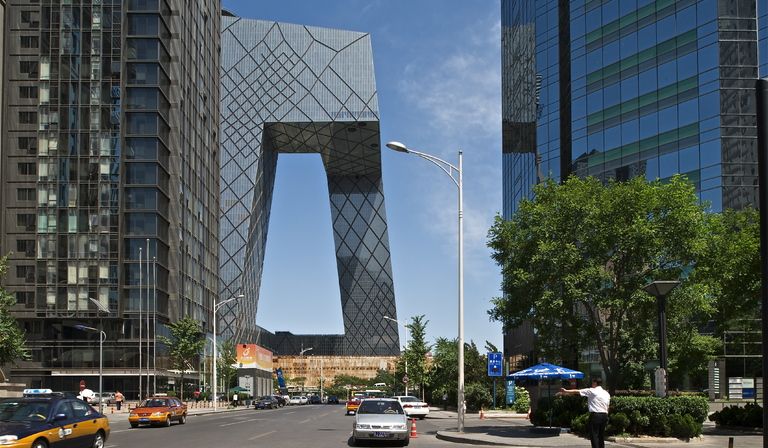 Rem Koolhaas has completed the biggest project by OMA, the famous ring-shaped headquarters of China Central Television CCTV in Beijing. After winning the 2002 competition held by Beijing International Tendering Co. for a series of connected buildings and open spaces, the CCTV building was the first part of this ambitious new project to be completed. It will be followed by the CCTV service building, the CCTV television cultural centre, and finally the CCTV Media Park, an extension of the commercial area and park along the main axis of Beijing's central business district, on which work is underway.
The shape of the ring, which created so much scandal at the time of the competition, to the point of becoming symbolic of a new architectural idiom for the new millennium and of the potential of digital design tools, is not only intended to attract media attention and provide an easily identifiable, attractive aesthetic in the Chinese megalopolis, but also has a symbolic meaning alluding to the interconnections among the many activities involved in television production: administration, production and broadcasting, all of which take place within it. The two skyscrapers at the opposite corners of an imaginary square at the base rise obliquely towards each other, meeting at a height of 161 metres, where they are linked by a horizontal volume jutting out by 75 metres. The glass façades, supported by a frame of girders and columns, are subjected to different tensions which the volume makes clear with denser or sparser lines in the grid.
This bold structure, representing an important challenge for OMA Asia, founded in 2006, testifies to the old idea of architecture as a vertical challenge, made obsolete by awareness of the new need to create places of aggregation with the strong character of landmark, where the degree of communication with the public is an important aspect.
The conventional internal design of tower buildings, with a lobby at ground level and a hierarchic organisation of activities giving the stairways and lifts the important role of linking different spaces, is superseded by the concept of the horizontal volume housing a second sky lobby.
The conceptual process underlying projects of deconstructivist inspiration such as the projects of OMA, Gehry, Hadid and Eisenman, based on a three-dimensional concept of architecture, have done away with the façade as hierarchic element: the CCTV building cannot be seen from one direction only, for in order to understand the distortion of its forms, we need to look at it in three dimensions at the same time, that is, to introduce the dimension of motion. The circularity of the form, produced not by human hands but with the guidance of a software programme, subverts the classic rules of composition so that architecture approaches the art of sculpture. 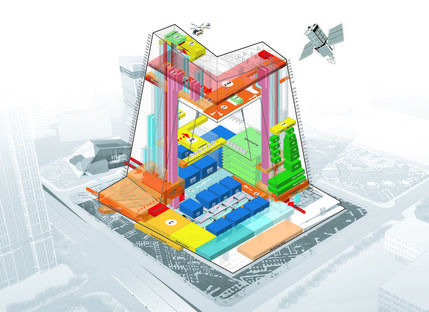 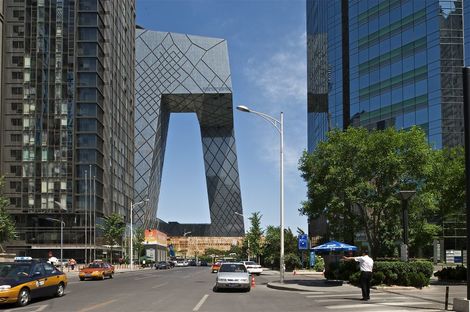 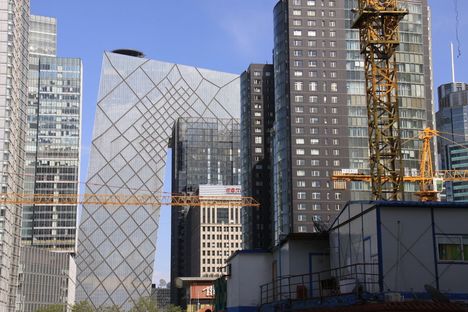 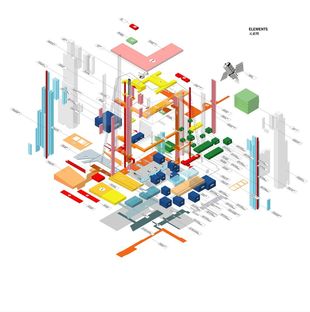 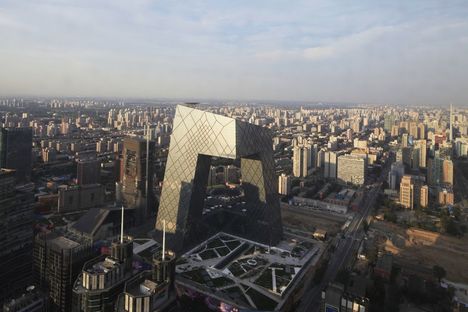 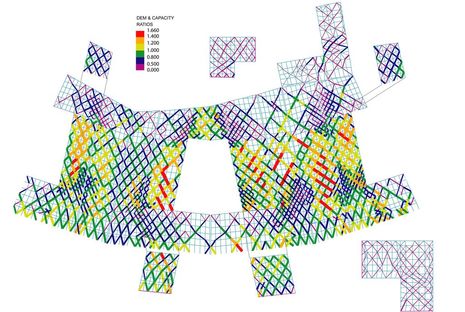 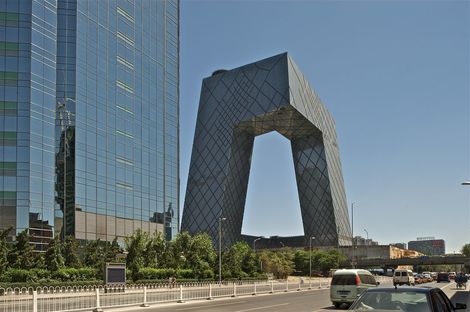