In Munich, architecture studio Oliv Architekten is addressing an issue which is dear to those with a sustainable vision of urban development: the regeneration of existing empty buildings. The building in question is the PEAK in Munich, a building built in the 1990s that has been brought back to life with the method that the architects have dubbed “Oliv Refining”. 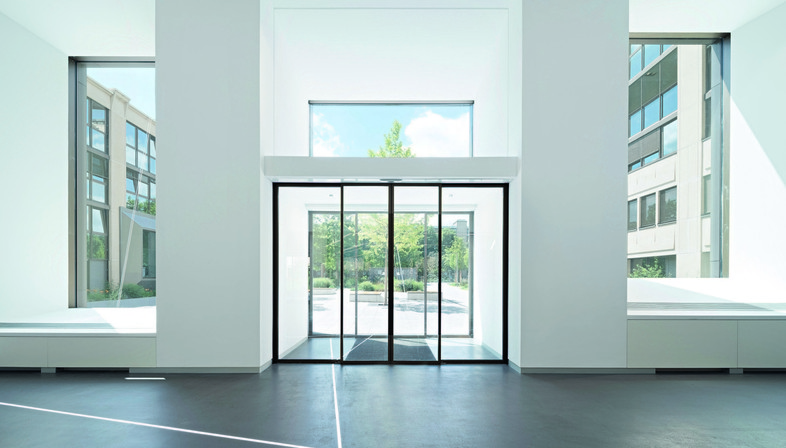 The obsolescence of the building stock on one hand, the scarcity of new buildable areas on the other, plus the need to improve the energy efficiency of the existing buildings, making them both ‘environmentally friendly’ and more affordable, are all issues of quite some urgency which can be addressed by the improvement of the architecture and interior design of existing empty or abandoned buildings. The Oliv Architekten studio, founded by architects Thomas Sutor and Igor Brnčić in Munich, specialises in projects that revitalise existing buildings, both residential and for office use. Giving new life to empty and abandoned buildings and reinserting them into the property market is a topic of primary importance in today’s society and in a sustainable vision of urban development. A recent example is the PEAK in Munich, a building built in the 1990s that has been brought back to life thanks to architects Thomas Sutor and Igor Brnčić of Oliv Architekten. The project was governed by what became the firm’s own modus operandi, which the architects themselves have named “Oliv Refining”. A tried and tested method that has earned them numerous awards, the very same PEAK was, in 2018, presented with the German Design Award for the Excellent Communications Design Architecture category. 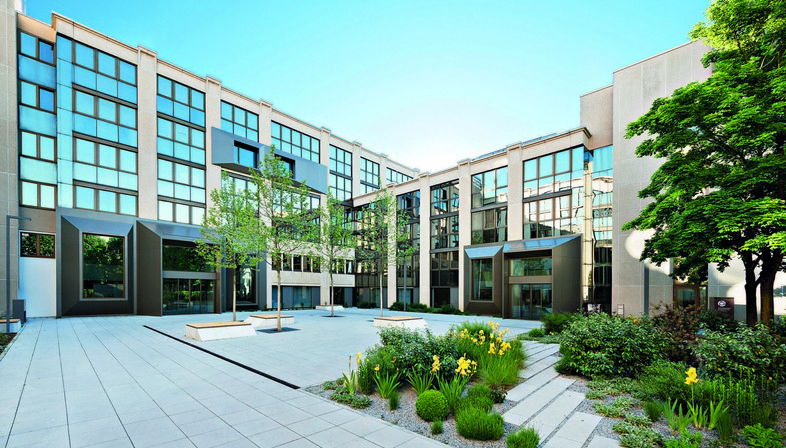 The “problem” that was posed to the architects, as they themselves recalled, was that of a building built in the early 1990s for a well-known German insurance group with about 20,000m2 of offices, a building that was functional for the years when it was built, but without aesthetic qualities. The client’s request was to make the building attractive to the property market so as to be able to put it back into an economically virtuous circle. The architects approached the project with their own operating method, known as “Oliv Refining”, named after the firm itself. The first step was then to define form, position and function as design elements which are linked from the outset. Following this, in the various phases of the project, they verified the correspondence of innovation and context. 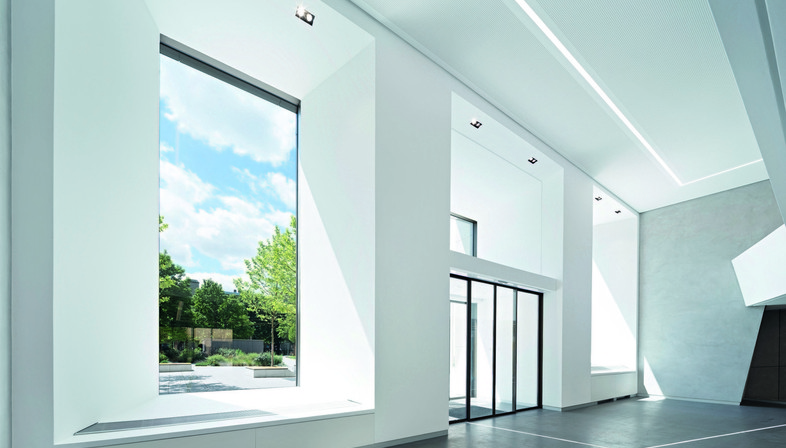 The addition of new three-dimensional elements to the façade was the first step to giving the building new functions, but above all, a new identity without neglecting its economic efficiency. These elements, visible from the outside, characterise the façades and enrich them from an expressive point of view, becoming the symbol of the changes underway. They are so-called “disturbing elements” that break up the former regularity of the façade of the existing building. By framing the entrances and common areas, the new elements immediately draw visitors’ attention to the points of interest, outlining the routes to be taken. Finally, these elements become markers, visible from the outside, of the changes taking place in terms of the architecture of the building and, as a result, of the new companies which it will host. At the functional level, the building has actually been reorganised into flexible units. What has been triggered is a virtuous circle, because the range of possible uses for the building has made it a point of attraction in the neighbourhood, in turn attracting new users. The landscaping project carried out by the Pangratz + Keil firm rounded off the renovation of the entire area. 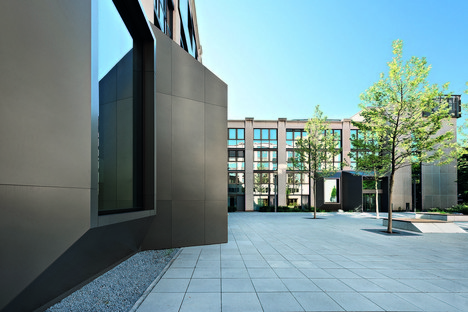 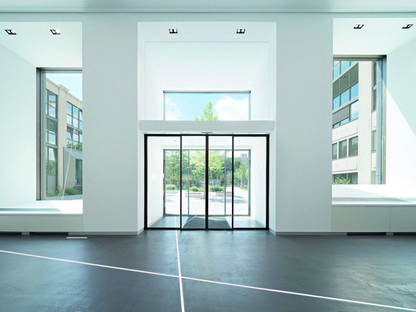 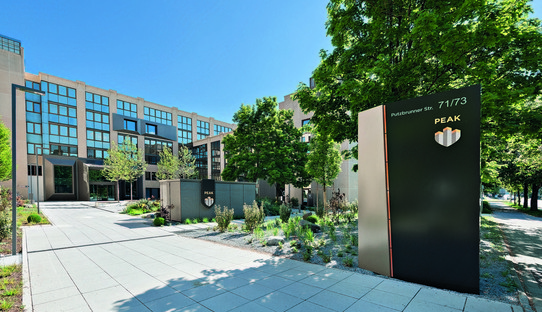 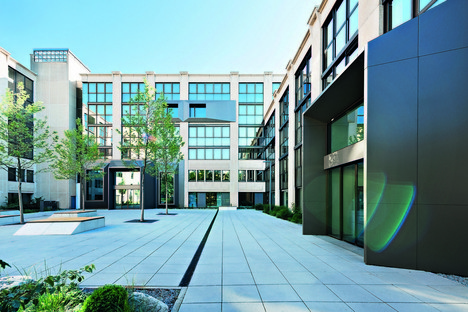 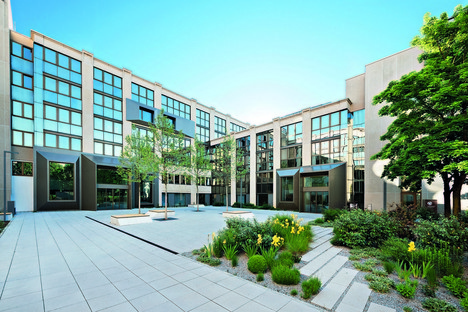 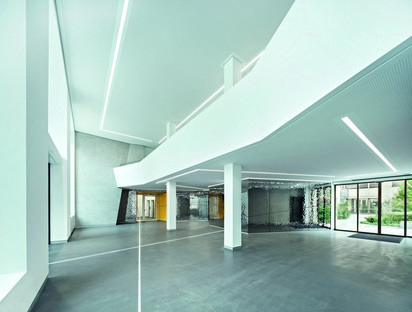 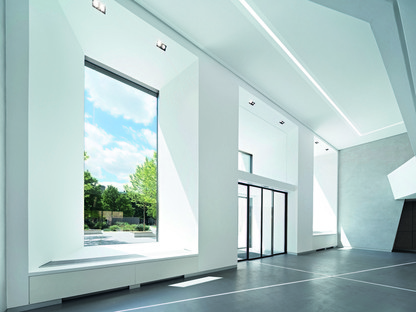 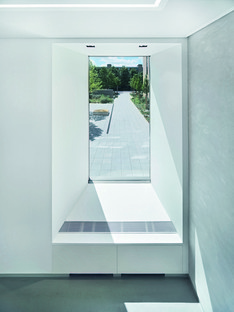