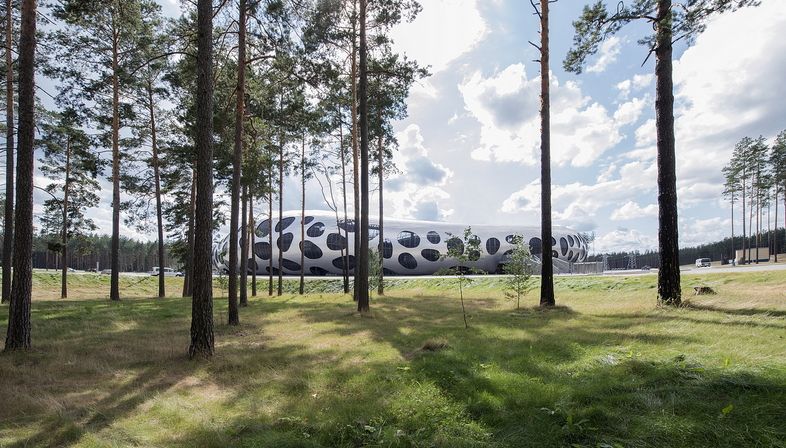 OFIS Architects, the young but already famous Slovenian architectural studio, completed construction of Arena Borisov Football Stadium in Belarus in 2014. The story behind Borisov stadium began in 2009, when the president of FC BATE, Anatoli Kapski, declared in an interview that he would like to give the team’s fans a stadium worthy of the name, big and prestigious enough to host international games. He cited a number of stadiums such as Mainz and AZ Alkmaar Stadium, and also mentioned Maribor’s Ring Stadium (Ljudski Vrt) in Slovenia, a very successful recent project by OFIS Architects. When the local and regional governments and the president of Belarus, Alexander Lukashenko, looked into the case they decided it was impossible to continue using either the local stadium or Dynamo Stadium in Minsk, where FC BATE had until that time played its international games. In the meantime, the success of FC BATE in the UEFA Europa League inspired the team's fans to demand a new stadium too.

At long last OFIS was appointed to design a facility with 13,000 seats, meeting the requirements of UEFA Category 4, to the city’s great satisfaction.
Spela Videcnik and Rok Oman of OFIS delivered the plans for the stadium in the summer of 2010, and construction began about a year later and was completed in 2014. The steel and concrete structure is built on four levels, with a roof of metal girders completely covered with aluminium panels giving it a plastic, organic shape, alternating with empty spaces to create a “spotted” surface. The stadium’s appearance is clearly inspired by the image and shape of a football, with its chequered leather stretched tight and crushed against the ground to express the dynamism that is a key part of the game of football and sports in general. The volume can seat 13,000 people in the stands, and also offers all the supporting services characteristic of today’s sports stadiums: the indoor space between the building’s outer skin and the stands on the ground floor is a public area offering shops, bars, and various services as well as a VIP area, a players’ area, office space and a press area. The facility is now operative and open to fans, offering them a total immersion in the experience of sports.

The indoor lighting revealing the stadium’s structure on multiple levels transforms it into a huge beacon and a landmark for the area. The Football Stadium Arena is located in a rural part of Borisov, a location that inspired the architects to create a building that would serve as a landmark. These perceptive aspects of the project create a strong sense of community and sharing among the public: a concept of sport that goes beyond cheering for your team and generates a sense of membership in the broader community of football fans. 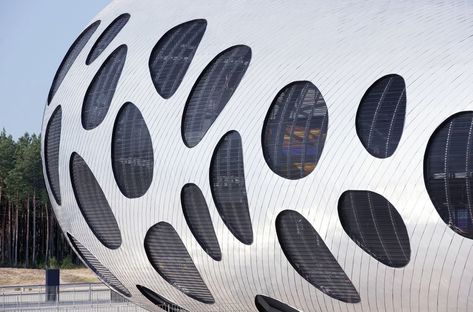 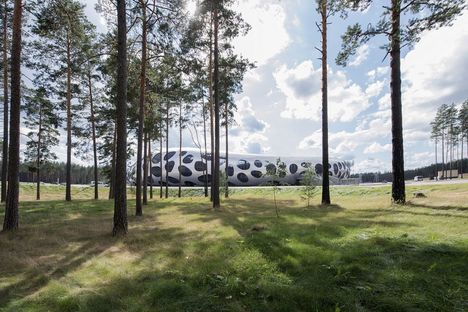 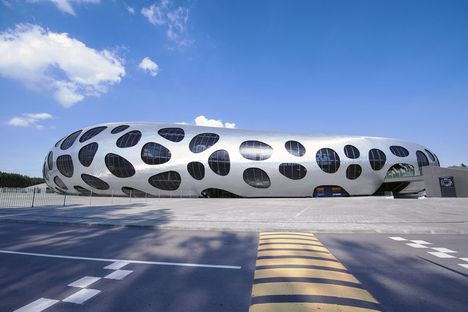 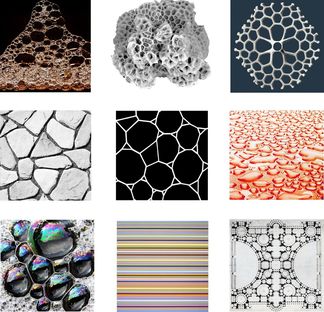 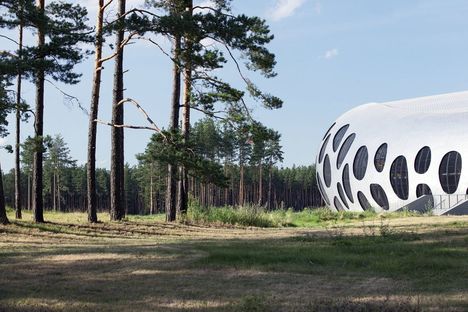 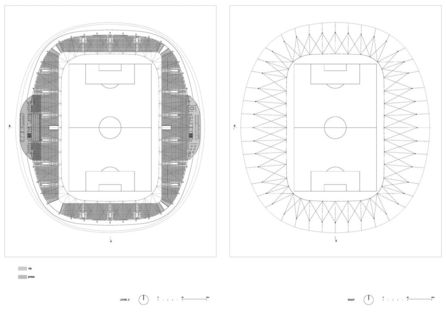 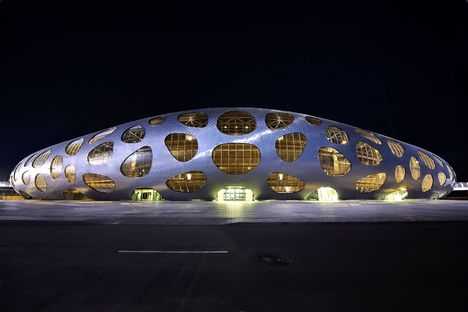 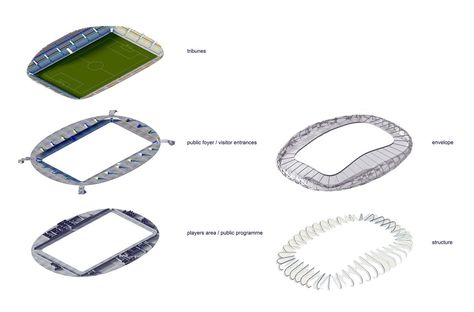 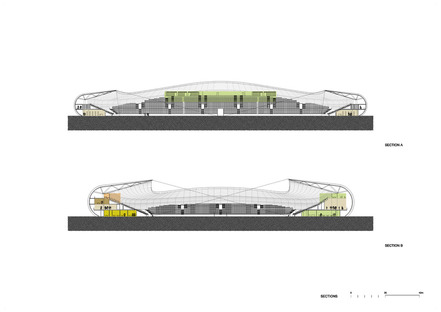 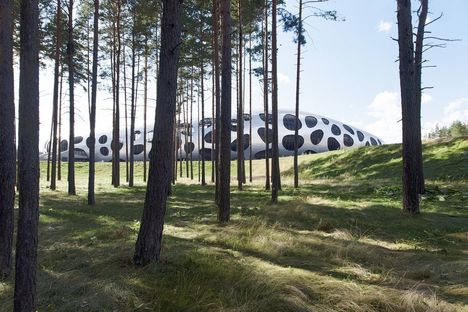 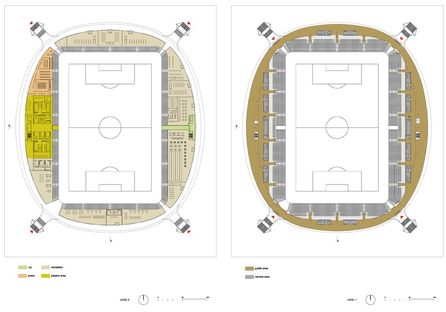 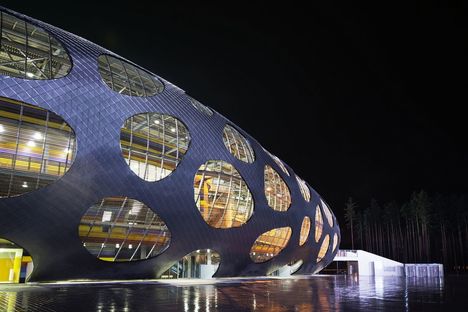 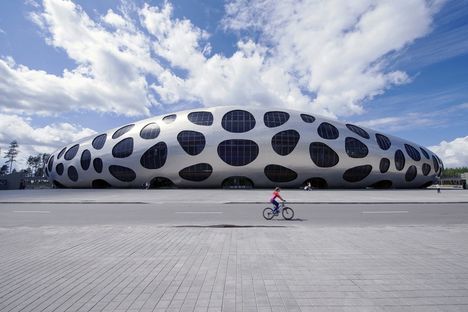 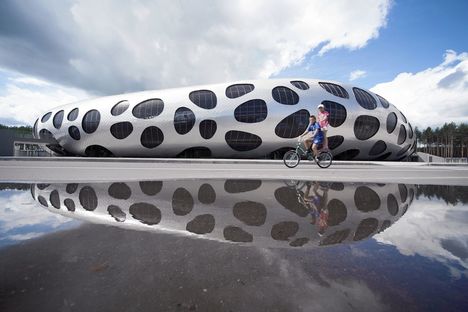 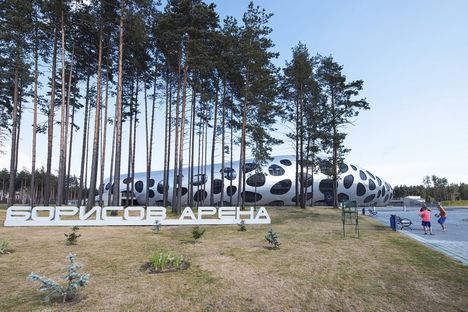 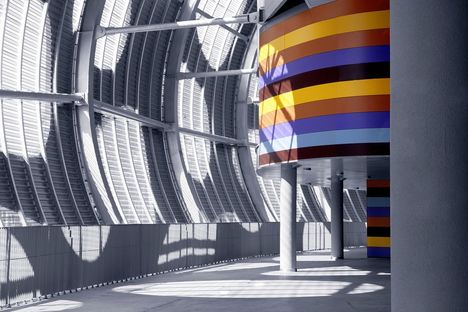 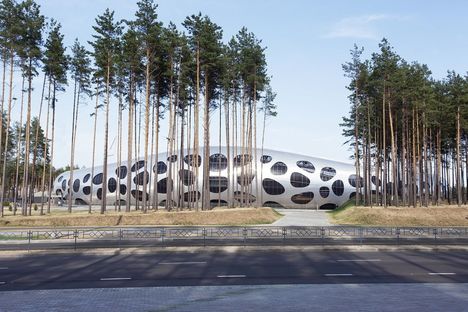 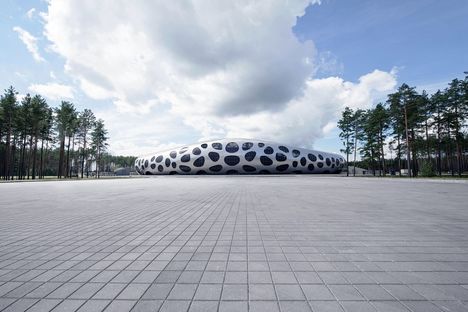 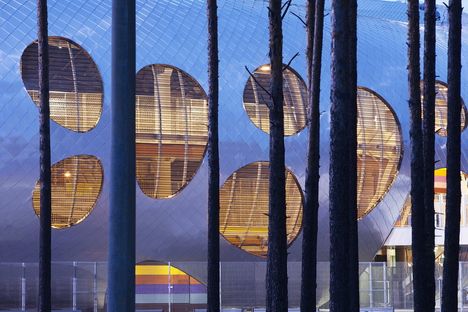