The project designed by the Nieto Sobejano Arquitectos and Marin + Trottin Architectes architecture studios was named as the winner of the competition for the construction of "La Cité du Théâtre". One of the most important projects of the Grand Paris initiative, the Cité will be set in the Ateliers Berthier built in 1895 by Charles Garnier, the famous architect of the Paris Opera. The project will bring together three famous French institutions from the world of culture: the Conservatoire National Supérieur d'Art Dramatique (CNSAD), the Théâtre National de l'Odéon - Théâtre de l'Europe and the Comédie-Française. 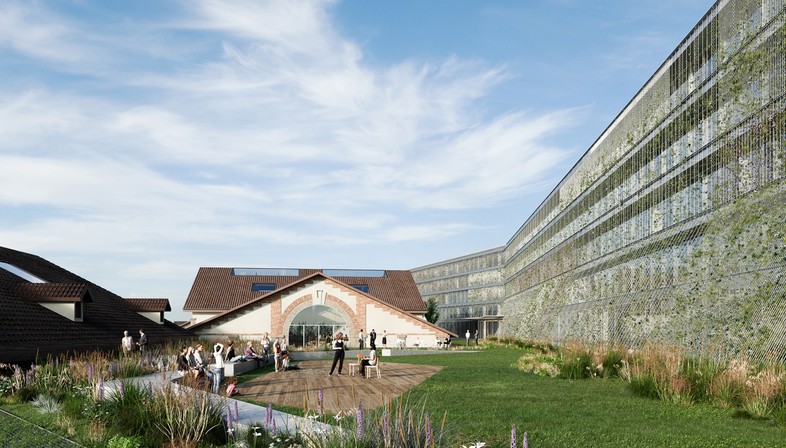 The Parisian Cité du Théâtre is certainly one of the most important projects of the Grand Paris, the initiative that aims to transform Paris and its surroundings into a major world metropolis of the 21st century. The project for bringing this theatre hub to life was officially announced in 2018 with an international design competition, won in autumn 2019 with the proposal submitted by the Nieto Sobejano Arquitectos and Marin + Trottin Architectes architecture studios. The Cité du Théâtre will occupy a prestigious site in the city’s 17th district: the Ateliers Berthier built by in 1895 by Charles Garnier, the renowned architect of the Opéra de Paris.
An important artistic site set in a rapidly changing neighbourhood for an equally influential project focused on training and professional integration in the artistic field. A project which, at the same time, will enable a much wider audience to gain access to major theatrical works, while helping to also bring cultural initiatives towards the outskirts of the city. A fascinating and ambitious program for a project characterised by a strong collective identity, The Cité du Théâtre will bring together three major French institutions from the world of culture. The hub will be home to the Conservatoire National Supérieur d'Art Dramatique (CNSAD), the new auditoriums of the Théâtre National de l'Odéon - Théâtre de l'Europe and two halls for hosting contemporary repertoire performances of the Comédie-Française, as well as a series of resources shared between professionals and the general public such as the library and the documentation centre. Working in an urban area full of history, with their project for a large raised garden the aim of the Nieto Sobejano Arquitectos and Marin + Trottin Architectes architecture studios was first and foremost to create a visual continuity with the nearby Martin Luther King Park, located on Boulevard Berthier. The garden has been conceived as an urban environment, while also recognising the value of the existing buildings designed by Charles Garnier, which in turn will be subject to a careful restoration that will fully respect their original structure and materials. The architects’ intent is to create a cultural complex that is an urban-scale metaphor of the theatre world, a meeting place for artists, students, visitors and spectators, while also transforming the existing Ateliers Berthier into a dynamic and lively public space open to the city. The Cité will extend over a space of approximately 22,000 m², organised between the different functions, with modular halls representing the three institutions: the Comédie-Française (from 250 to 600 spectators), the Théâtre National de l'Odéon - Théâtre de l'Europe (from 250 to 500 spectators) and the Conservatoire National Supérieur d'Art Dramatique (2 halls that can host 100 to 200 spectators). The space will also include laboratories, classrooms and offices, as well as common areas such as a restaurant, library, documentation centre and technical rooms. The central element of the project will be the large tall building, designed to create continuity with the layout of the Thiers walls, defensive enclosure built in 1841, embracing and unifying the whole complex with its green façade, more than 200 metres long. 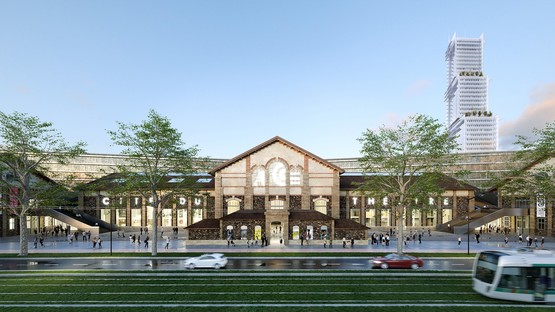 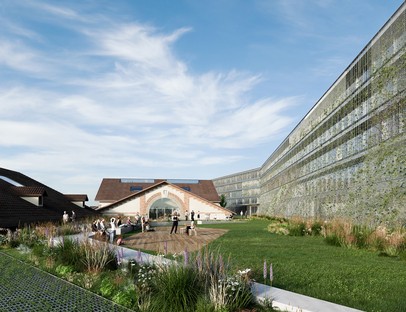 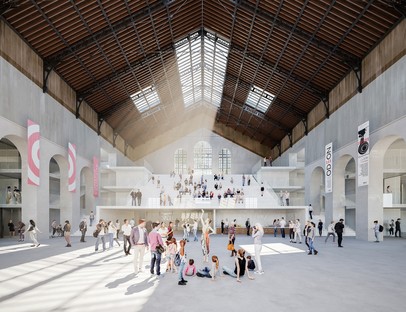 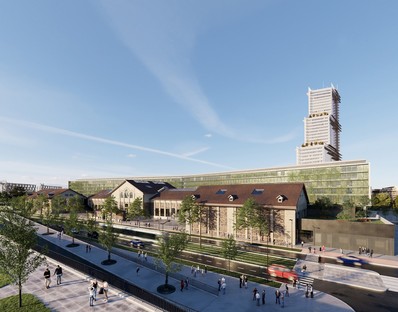 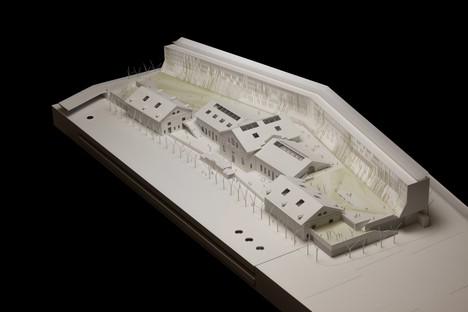 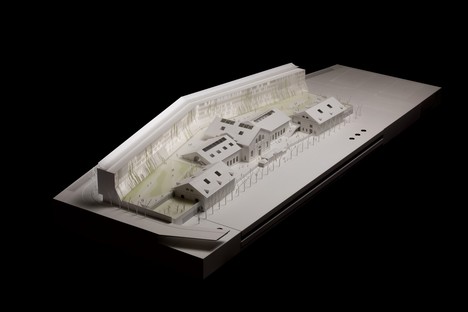 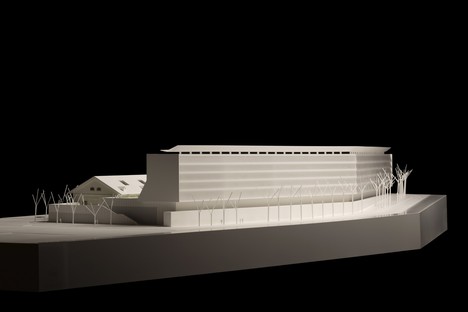