In 10 years has opened 40 branches, 22 in Italy and 18 abroad: 2 in Japan, 4 in the US, Moscow, Istanbul, 2 in Dubai, Rhiad, Dhoa, Seul, San Paolo, Munich, Copenhagen and Stockolm. Paris, and Las Vegas within the end of 2018. By 2019 Eataly will be listed in the Stock Exchangeand and it will become "a global public company representing the Italian lifestyle with ever increasing intensity and strength."

His new project is FICO Eataly World, the world’s larger agri-food park: 100 thousand square meters inaugurated last November 15th 2017 in Bologna. FICO Eataly World is the only place in the world where to experience the whole food production chains. Two whole hectares dedicated to demonstrative fields and stables with more than 200 animals and 2000 different cultivars. Over 40 farming factories and consortiums, over 40 places to eat the best italian dishes, 100 traditional shops and italian farmers’ market, congress centre, educational areas for wine tasting, cooking shows, training ground for a sensorial and educational experience about food and its biodiversity, 6 walk-through and interactive multimedia carousels dedicated to the extraordinary story of Man and Fire, Earth, Sea, Animals, Bottled Goods, and Future. And much more besides. In 2018 it will open a similar project in Japan of 1,000 square meters which promises to become the "temple" of food Made in Italy in Asia. 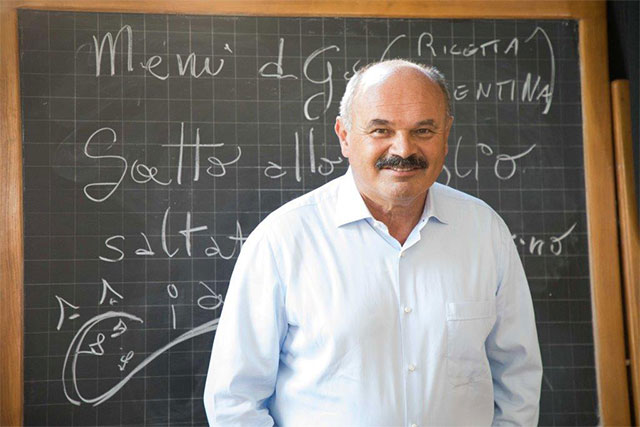 Founder and creator of Eataly, the first supermarket dedicated to the italian high quality foods.