After graduating in Economy, from the University of Bologna, she specialized with a Master in International Relationships at John Hopkins University. She co-founded in 2000 the magazine THE PLAN, today one of the most authoritative architecture and interior design magazine on the international scene, now holding the position of Editor in Chief.
THE PLAN publishes 8 issues a year with a worldwide circulation of around 30.000 copies. Available in paper and digital versions, in three twin monolingual editions: English, Italian and Chinese.
The portal www.theplan.it is a well acclaimed architecture web site.
In 2003 THE PLAN EDITIONS was set up to gear the publication of special volumes and monographs on architecture and interior design.
In 2009 launched the international architecture Forum PERSPECTIVE EUROPE, a privileged platform for new business and cultural relations, held in Venice, which has become a unique forum Architecture and Real Estate. The editions of the forum in New York, London and Copenhagen followed.
In 2014, she set up a yearly series of ARCHITECTURE SEMINARS in most important Italian cities, which has gained ground as high-quality programme for networking and cultural interchange, today also in virtual format as webinars.
In 2014 THE PLAN AWARD was founded to award excellence in architecture. Today The Plan Award represents one of the most prestigious Award in architecture in Italy and internationally.
In 2018 the projects THE ARCHITECTS SERIES started, as a series of architecture docu-films on seminal international architecture offices. The Series is developed around the Curatorship of the Showroom of Iris Ceramica Group.
In 2020 the forum PERSPECTIVE evolved in virtual format, with four editions to cover Italy, UK/USA, North-EU and South-EU.
Carlotta has lectured at conferences and events concerned with architecture, and in Universities, both in Italy and abroad.

Carlotta has served on the juries of several Italian and international awards, such as the WAF World Architecture Festival Award. 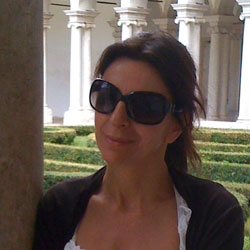