Anna Bach is an architect by the Helsinki University of Technology and MArch in Therory and Practice of Architecture by the ETSA Barcelona. She is an Associate Professor and Coordinator in Space Design at EINA, University of Design and Arts in Barcelona, and she has participated in different academic venues in different universities like the University of Antwerp, HafenCity University Hamburg, AA Summer School London or the Universidad Autónoma de Lisboa.

Besides her academic activity, her interests spread across three activities: Professional, through public and private projects departing from any specialization and ranging from art installations, interior design, housing, public buildings and public space design; Research, being part of the PhD research group at ETSAB university and via projects and installations that deal with the perception of space; and Culture, as curator and coordinator of different venues highlighting the direction of the XVth Spanish Architecture and Urbanism Biennial.

Her work has been exhibited, among others, in the Lisbon Architecture Triennale 2019 - 2020, the Spanish Pavilion at the Venice Biennale 2016 (Golden Lion), in the exhibition “Elective Affinities” in different Spanish locations in 2015 or in “Architecture Catalane 2004-2009, Portrait d’èpoque” at the Cité de l’Architecture et du Patrimoine de Paris, 2009.

Some highlights from among her recent awards and recognitions include the FAD Award 2019 and Opinion FAD Award in Ephemeral Interventions, Finalist and Selected at the Spanish Architecture Biennial in 2018 and 2016, the nomination for the EU Mies van der Rohe Award and the nomination for the Iakov Chernikhov International Prize for Young Architects in 2015 and the International FAD Award in 2014 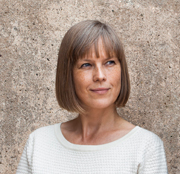