The world of fashion has been aware that image is conveyed continuously, not only in the spectacular, ephemeral fashion show, for years now - since the '80s in particular. The potential customer is increasingly engaged by the lifestyle on offer, by a true body language tuned in to the consumer's sensitivity, temperament, and way of living. 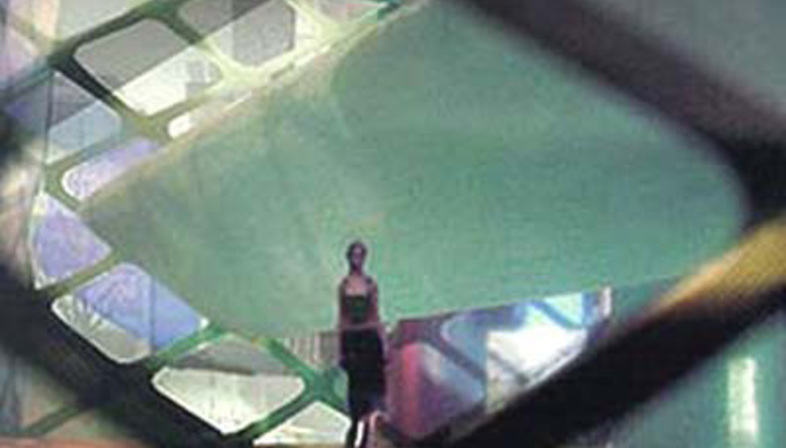 Herzog & De Meuron, on the other hand, are renovating the US offices (Prada USA Head Offices, 10,600 square metres) and designing a new store in Japan (Tokyo Prada Store, 2,800 square metres) and the new productive facilities in Italy, near Arezzo. Herzog comments: "Prada is a new type of client for us, interested in a new kind of architecture which involves an exchange of experiences, participation in a cultural debate. We don't have the usual client/architect relationship here, because it goes beyond the traditional borders of architecture and fashion".
Prada has further emphasised its new corporate philosophy with an exhibition in Milan, symptomatically titled: Projects for Prada. Works in progress.

Similarly, Armani and Calvin Klein have found the parallel best suited to their discrete, metropolitan sobriety in the austere minimalist elegance of Silvestrin and Pawson.
Thus the neutral colours characterising their fashions - grey and beige hues with sagacious touches of black and white - are echoed in the spaces designed by the two architects: the new Armani store in Paris' Place Vendôme, in particular, allows Silvestrin to create a rigorous abstract space in which stone predominates, its clear, strong impact contrasting with the unstructured form of fabrics and clothing.
The result is a sort of theatre, whose walls are seen as a stage set, with a diffuse, padded intimate light which puts the emphasis on the vast areas of shadow: just as in a welcoming, modern foyer.
Armani recently implemented two projects in Milan in which fashion is indissolubly linked with culture: the new Spazio Armani - which incorporates areas where customers can read and relax - and Teatro Giorgio Armani in the old Nestlé factory, a creation of the lyrical, spiritual architectonic sign of the great Japanese master Tadao Ando. 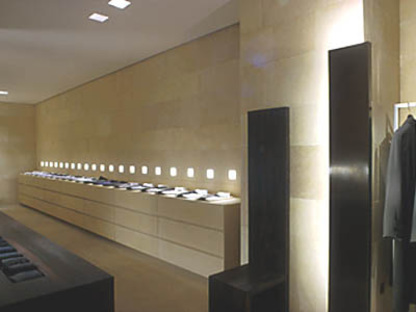 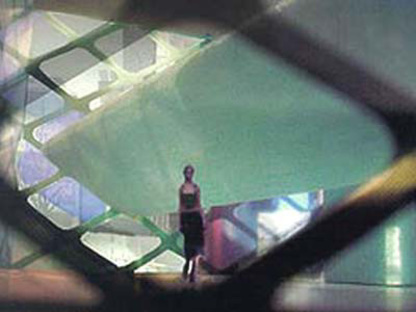 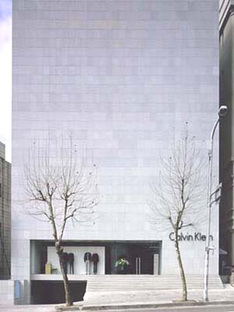 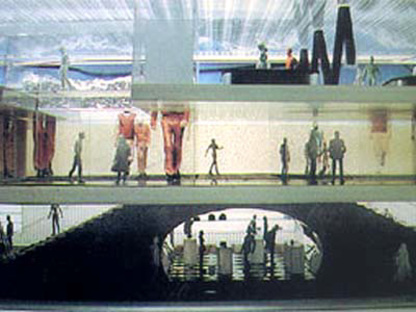 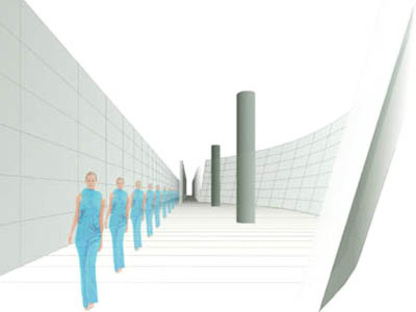