Richard Rogers’s final project for the new Scandicci centre has been approved, including a streetcar station, a new civic square, a cultural centre, a 31 metre high office tower, residential buildings and shops. 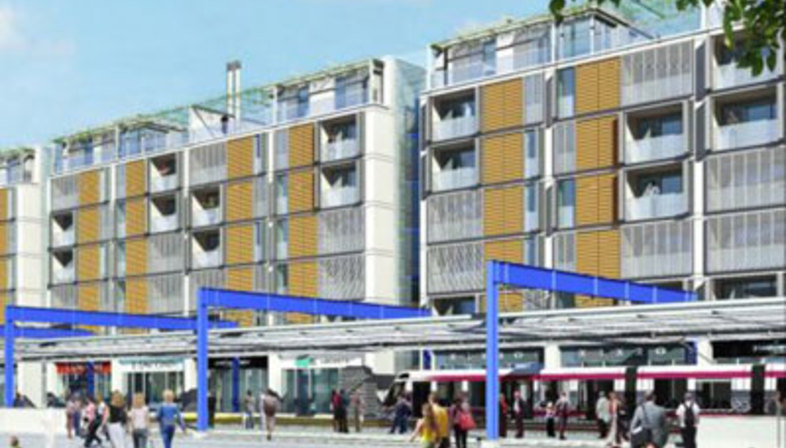 Work will begin in October on the construction of the new Scandicci centre to plans by Richard Rogers, located entirely in a pedestrian district.
An executive project is to be prepared and work begun within two months.
The new centre will include 7258 square metres of residential space, meaning about 80 apartments, 2363 square metres of commercial space, enough for about ten businesses, 3962 square metres of office space (about 30 offices) and a 1862 square metre cultural centre.
The project centres around a new civic square, which will interact with the city hall and other buildings; a station for streetcar line 1, Scandicci - Santa Maria Novella, placing the principal infrastructure for connection with central Florence right in the heart of the district; the structure will be made up of six painted steel portals crossing over the streetcar tracks and two rows of horizontal panels made of metal grids.
The cultural centre will be on two levels, a mezzanine and a roof garden; there will be thermal and photovoltaic panels on the roof to reduce the building?s energy consumption; the ground floor will contain a multi-purpose hall and two commercial units, while the first floor will consist of a single hall measuring about 750 metres square and six metres high, completely free of columns and other vertical elements and therefore divisible with the utmost flexibility to suit the activities going on inside it.
The office building will be a vertical structure 31 metres high: the tallest building in the square, a sort of tower making the entire complex a landmark in the area. 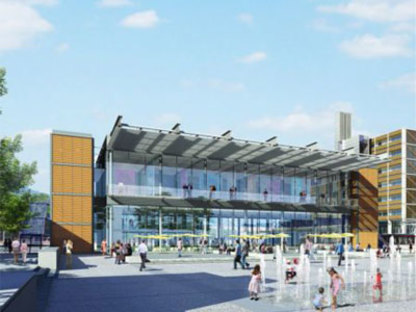 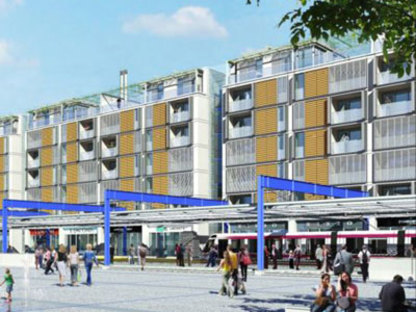 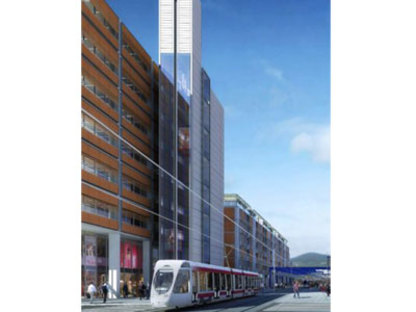