Renzo Piano's new headquarters for the New York Times, a building that speaks a simple, basic, strong language, has been heralded right away as a new landmark, just like the original headquarters that gave Times Square its name in 1905. 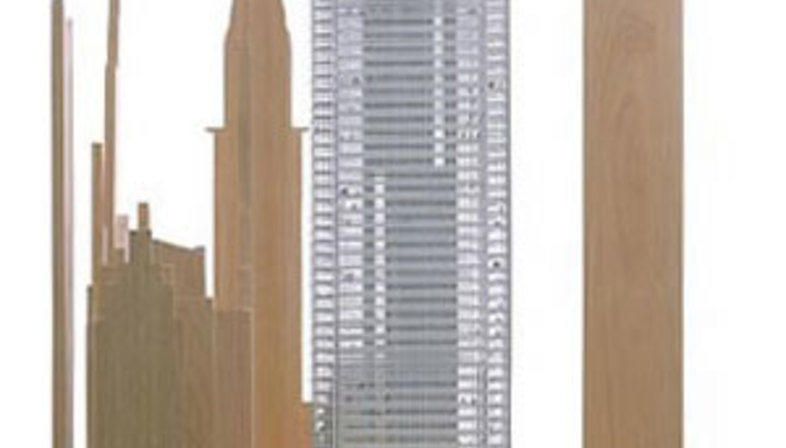 The building is a futuristic 228 metre tower topped by a 90 metre antenna. Built in the block between West 40th and 41th Streets, it is one of the most interesting and important architectural projects to be built in Manhattan since September 11.
The building is occupied by the newspaper's editorial offices up to the 28th of its 52 floors but also contains other offices, commercial spaces and green areas. The key concept here is multifunctionality: the idea that service buildings are no longer built exclusively to be workplaces but also include other services and social gathering places.
Piano's design appears to have been inspired by the regular geometric grid layout of the streets in Manhattan, reflected in the linearity of the building's geometry. But another interesting component of the project is its ecological aspect: the steel frame is covered with a crystal wall shielded by horizontal bars of extruded ceramics.
Its transparency is therefore not only the expression of a specific architectural idiom but an energy-saving solution and a metaphor for clear, direct information. The common area for the editorial offices on the third floor is intended to promote socialisation among colleagues, which is why it is left almost totally open and free of internal partitions. The Genoese architect used the same solution in another building he designed for a newspaper: "Il Sole 24Ore" in Milan.
The building has 28 elevators as well as red steel stairs on one side, visible through the glass walls.
Light weight and bright light are the distinguishing features of the building, with its skin reflecting the changing colours of the surrounding landscape and underlining the building¿s close relationship with the city.
Next to the tower, a transparent lobby contains a pleasant garden, visible from the street and open to the public. 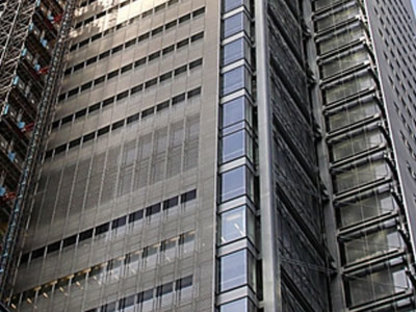 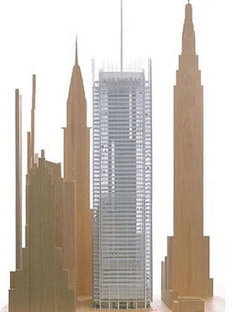 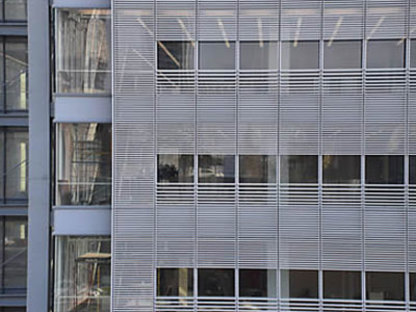 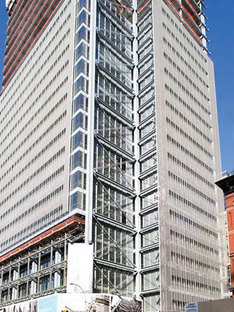 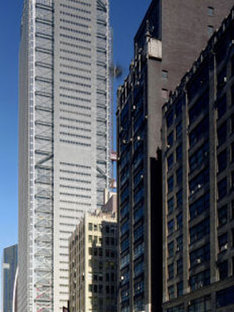