Restoration of the Nazarí Wall around the medieval town of Albaicín, near Granada, is a highly evocative project for recovery of an abandoned area for transformation into a public space. 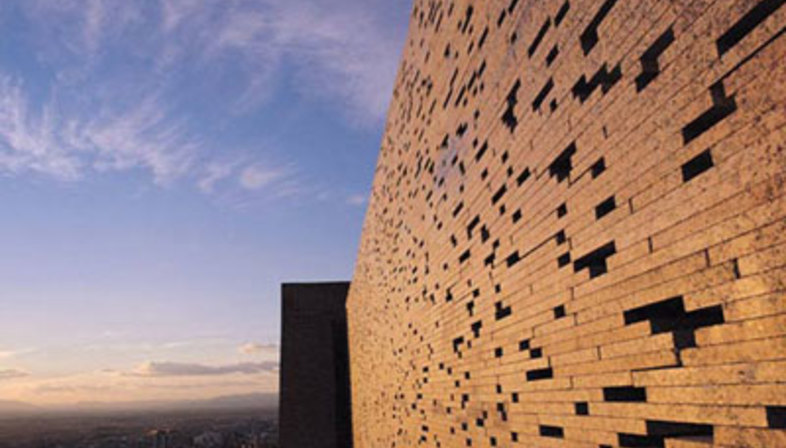 Antonio Jimenez Torrecillas came up with the plan for restoration of the Nazarí Wall around the medieval town of Albaicín, near Granada.
This highly evocative project recovers an abandoned area and transforms it into a new public space.
The project involves a 14th century wall with a 40 metre stretch destroyed by an earthquake. "We wanted to restore this boundary without damaging the landscape", explains the architect.
The goal was therefore to reconstruct the fabric of the wall and recover the linearity of a historical memory, of a path dating back more than 700 years. Torrecillas addressed this delicate project with great sensitivity, emphasising the symbolic value of stone and its colour components to link the past with the present again.
The reconstruction was not done by anastylosis, but using a different technique to avoid the feeling of false reconstruction of history.
The missing stretch of wall was reconstructed with slabs of Rosa Porriño Granite in reddish and ochre hues reminiscent of the stripes on the tapial used to build the wall. The 3 centimeter thick slabs are all of the same length, and are stacked one on top of the other and anchored in place with a very thin layer of strong epoxy resin.
The new construction fits above the original structure but not in contact with it, preserving its volume and alluding to the distance separating the two stone constructions in time.
The project has a double warp containing a gap which becomes a promenade in the heart of the stone, in time, in history. From here visitors can explore the scenario of the village of Albaicìn in a suspended, almost metaphysical atmosphere.
Between slabs of stone, between shadows and lights, apparently random openings are created, blades of light opening onto the landscape and offering ever-changing glimpses of the village.
Thus the wall is made into a public space, a place of meditation, rest, reflection and encounter. The wall, the line of memory that was interrupted, is ready to continue its trip into the present, in search of new urban horizons, new interactions with the local population and with visitors.
Torrecillas's project may not stand out for its form, but is a project all about physical and metaphorical signs, about concrete and sentimental gestures. It is an opportunity to give new life to an interrupted, mute piece of land whose voice had been taken away by nature for centuries.
The project was completed in 2006 and has already received a number of awards, including two presented in 2007: an honourable mention in the Barbara Cappochin Competition for "original reinterpretation of a defensive wall which becomes a building rather than a barrier, a useable spatial element which reorganises its context", as the judges commented, and the International Award for Stone Architecture. 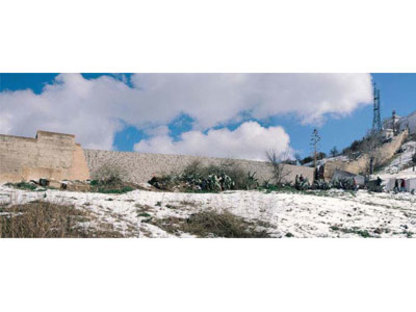 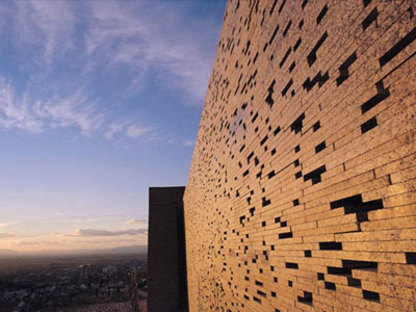 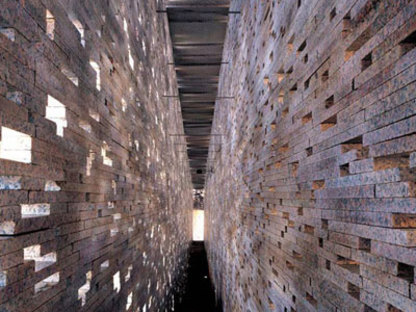 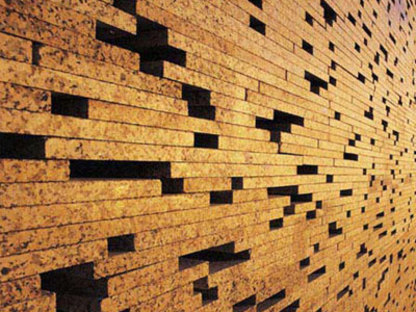