WoZoCo's was one of the first projects to bring MVRDV to the attention of the international architecture scene. 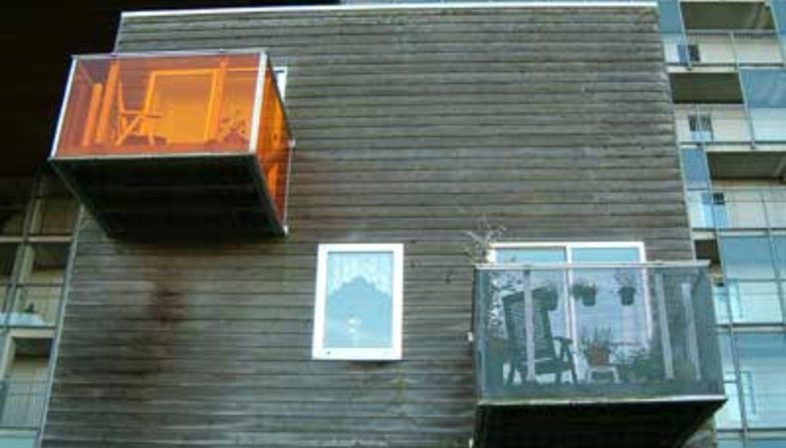 And it couldn't have been otherwise. This is a truly unique work, wise and yet fun, intelligent and lively. It is a three-dimensional colour palette that redeems the greyness of the suburbs.
Commissioned by the Het Oosten Housing Association, WoZoCo's - built between 1994 and 1997 - is a complex of 100 residences for over 55's in Ookmeerweg Street, in Amsterdam-Osdorp: a garden city built to the west of Amsterdam between 1950 and 1960, now threatened by the increasing density of construction at the expense of greenery and outdoor public spaces.
The challenge was to construct a building that would contrast the greyness of certain buildings produced in those years on the outskirts of the world's big cities, and come up with a form of architecture that would respect and even increase urban quality. And this is what was done.
WoZoCo's bizarre, truly surprising profile is in actual fact a result of one of the first hurdles encountered in the project: Cornelis Van Eesteren's urban development plan - dating back to the late '20s - set a limit of 87 apartments per block to ensure that each one of them would be adequately lit. But the client had requested 100 units. Where to put the remaining 13' It was clear that building two blocks would have occupied more land, taking it away from the greenery - exactly the attitude the complex was intended to combat.

This is what inspired the idea that made WoZoCo's one of the most original apartment buildings in contemporary architecture: the thirteen "extra" units were literally hung off the northern façade of the main building, like big jutting parallelepipeds, doing away with the need to occupy any additional land. 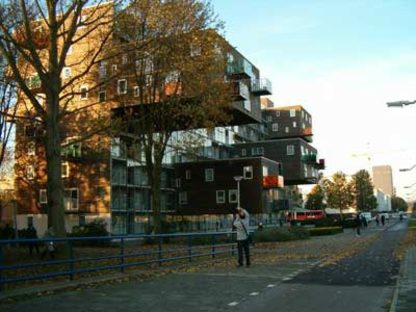 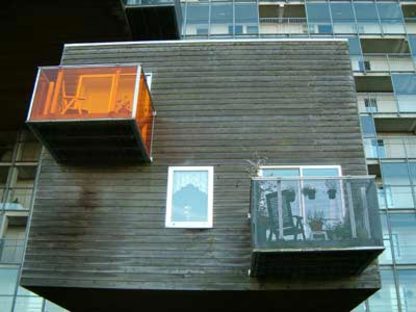 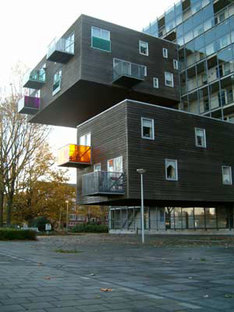 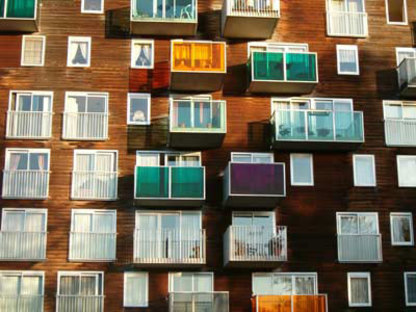 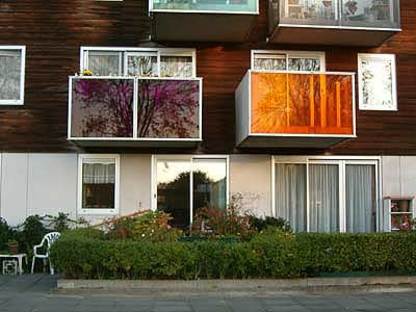