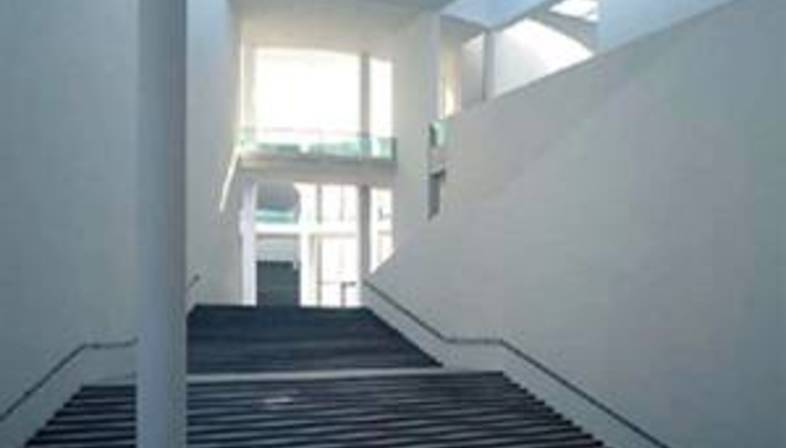 A diagonal traverses the rectangular building, connecting the city center and the museum's quarter.
This diagonal, together with the enormous rotunda creates tremendous cuts, absorbed by Braunfels with two funnel-shaped staircases.
No less impressive is Braunfels' success in eliminating disturbing details and creating pure cubes of art.
Proceeding with a rather restricting budget, Braunfels never compromised his high standards. Braunfels promised his Munich audience the best high window-illumination in the world.
Now, the light beams inside the halls, radiating a sense of warm incandescence.
The Pinakothek der Moderne definetely is an "arena of light". Situated near the Lenbachhaus and the Antikensammlung it is one of Braunfels' latest projects. In Berlin he is known for the rectangular Paul-Löbe-Haus next to the Reichstag.
In Kassel he restructured the Gemäldegalerie at Schloss Wilhelmshöhe.
When, in 1992, Braunfels won the competition for the Pinakothek der Moderne, against international competitors, he was not much more than a theorist and not known for larger projects on an international level.

So the decision in favor of Braunfels prompted some harsh critics in Munich and Bavaria. During the six years of construction Braunfels had to defend himself continuously against critics from the institutions but even from the public opinion.
Today, the museum is a refreshing part of Munich's museum landscape.
Alexander von Brancas' Neue Pinakothek opened in 1981, still uses the old chlichés of Bavarian traditionalism. Conversely, with Braunfels' building, Munich got a museum on a par with the latest international arts exhibition projects.
Braunfels succeeded in exploiting the building's volume into the farest angle.
He created "negative rooms" as the lecture hall and the crypt underneath the stairs. Under the rotunda he was able to create an amphitheatre for the collection of chairs from the Neuen Sammlung.
Braunfels, with the Pinakothek der Moderne has successfully fused the rectangular Maxvorstadt around the University and the irregular qualitiy of the Munich's city center. So "where is the entrance?", says Braunfels, is the key question in his blueprint. 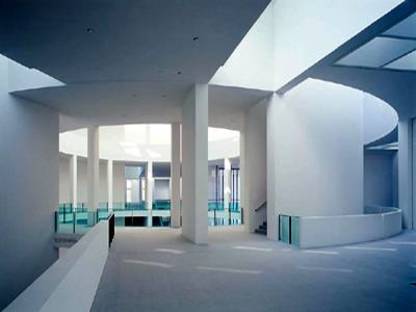 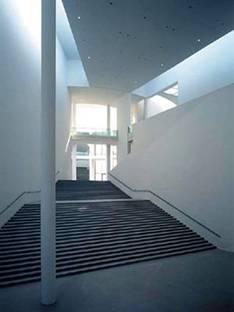 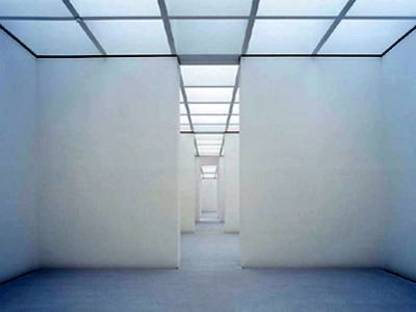 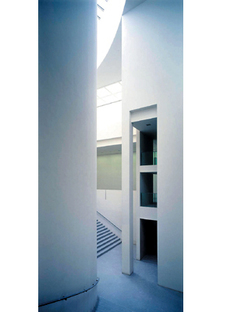 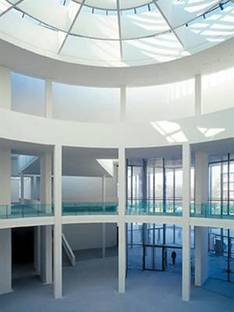