In the centre of block N7 in the old part of Mannheim, the multipurpose complex designed by architect Michael Wilford includes a Conservatory of Music, a Dance Academy and a multiplex Cinema. 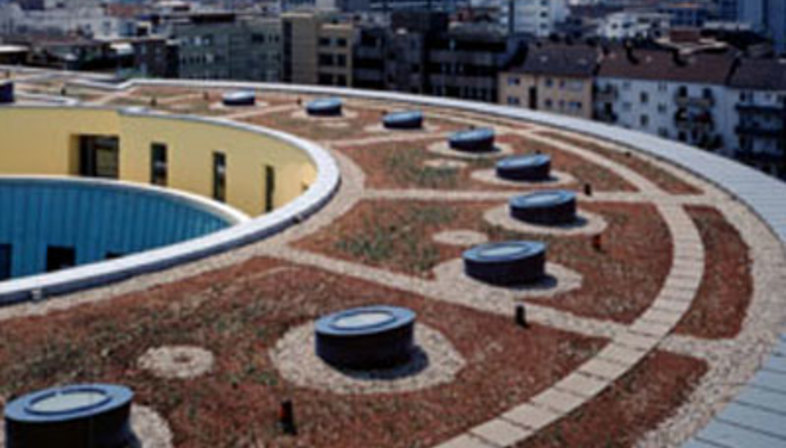 The building was built between 1996 and 2002 in response to the need for redevelopment of large parts of the old town centre which had been rebuilt since the Second World War with no particular architectural character.

Wilford came up with a complex structure with room in its L-shaped layout for a seven-storey cylinder.
The interior of the complex has no clear, symmetrical division between the cinema area and the conservatory. For they extend over different levels, overlapping repeatedly.
This is what happens, for instance, with the windows of the cinema and the conservatory, which meet in the circular courtyard over the fourth floor. The cinema entrance is set back from the road and sheltered by an arcade, with an upside-down truncated cone structure above it housing the offices of the School of Music.
While creating a building that stands out from the others around it with a strong identity of its own, Wilford still managed to ensure that it fits harmoniously into its context. And so the complex does not rise higher than the buildings around it, and blends in with them in colour. 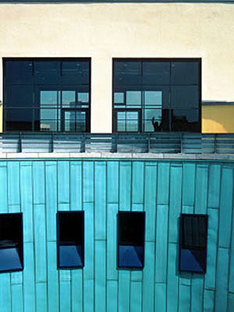 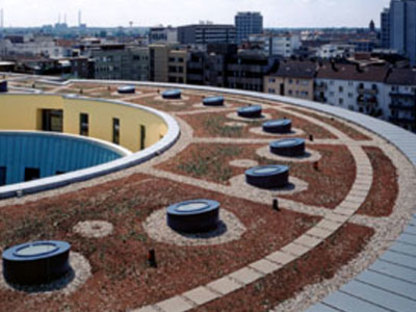 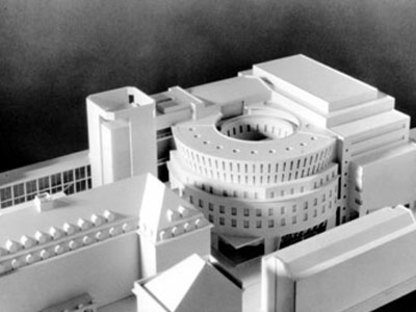 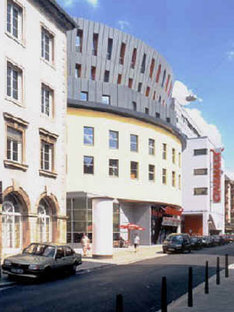