Architect Giovanni Vaccarini's renovation of the old Braga cinema in Giulianova has transformed an old building into a modern housing development, reinterpreting the existing elements and giving them new architectural connotations. 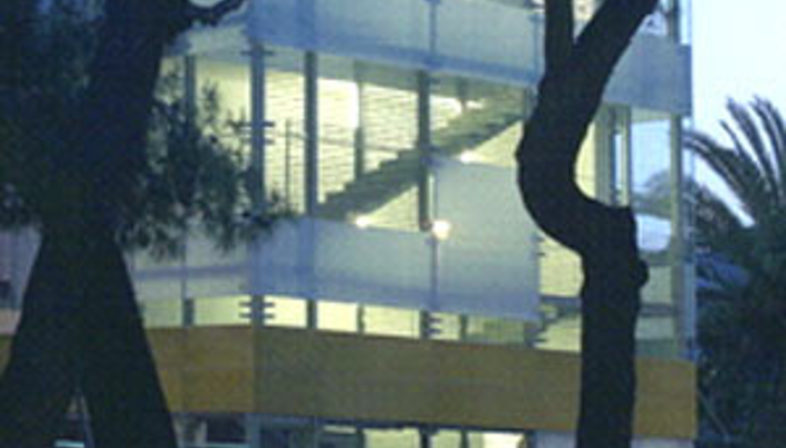 The building stands behind one of the world's oldest and most glorious buildings intended for play: the Kursaal, and is part of the urban fabric of the Adriatic town. Its location on a long rectangular lot with an east-west orientation gives it an elongated form just behind the sea walk; elements which had a definite impact on the design, as did the vicinity of a very tall building on the south side.
The architect's strategy was to reinterpret the existing components and make the most of them.
The theme of introspection and regulation of light generated a glass skin which encloses the building and acts as an interface between interior and exterior. The glass cladding not only regulates light but acts as a unifying element which, like a chameleon, alters geometry and form, "registering" the many different uses it encloses.
Folding in geometric cuts, the skin constitutes a screen for visual protection, a machine for capturing light, but also a place of reflections and visual reverberations; windows have disappeared, "scales" form cuts and projections in a sort of "thickened" surface. This thickness incorporates jutting balconies of open steel offering views out over the sea.
The building, which contains temporary holiday homes, still preserves its elongated form in this new "version", but with new allusions to the sea and to nautical spaces. For instance, all the apartments are accessed via a long "deck" on the top floor, with the living areas of the apartments arranged around it. 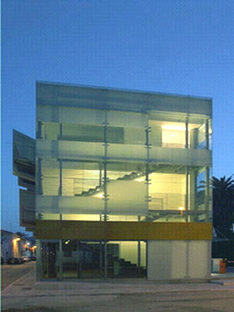 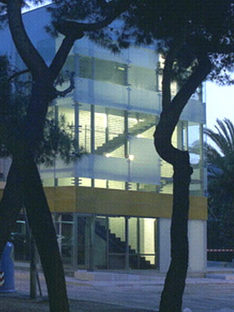 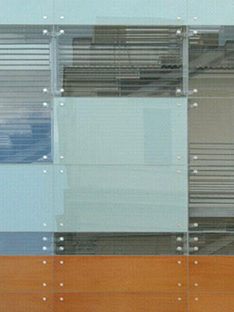 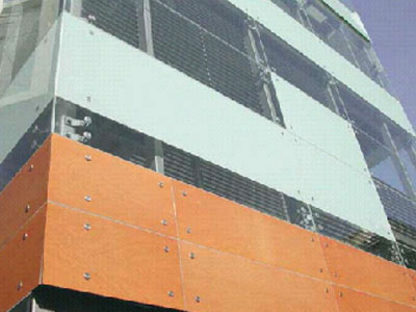 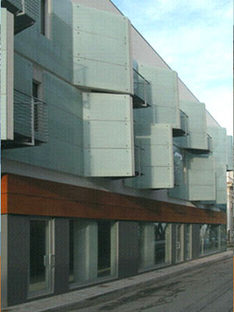