A space of suffused light where shadows take shape around a complex, fluid environment: Morimoto Restaurant in New York is an "untypical" design by Tadao Ando, who seems to have renounced his usual strong presence and use of solid concrete, present in almost all his projects. 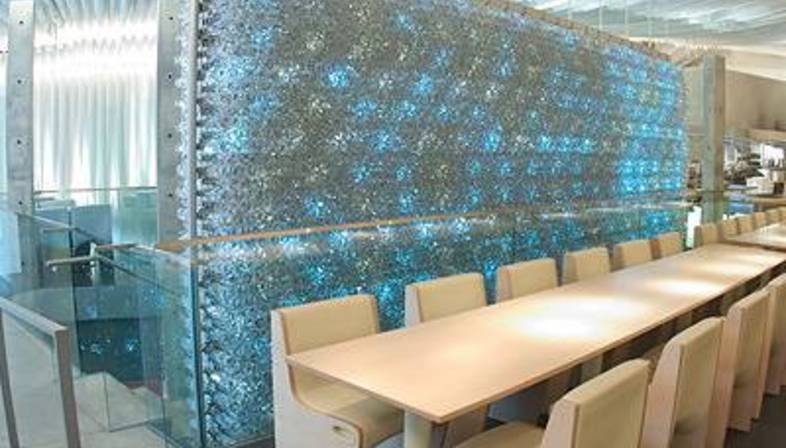 The restaurant, named after Japanese chef Masaharu Morimoto, is located in the Meat Packing District, a former industrial district converted by a major renovation and conversion project to house art galleries, boutiques and luxury restaurants. The former site of the High Line, a historic raised railway line, this district made up primarily of brick buildings is now home to modern spaces that manage to serve new needs without destroying the memory of the past. And this is the philosophy that inspired Tadao Ando's project in the part of the former Chelsea Market where Morimoto Restaurant is located.
The Japanese architect intentionally kept the new separate from the old, making the restaurant clearly recognisable from outside. The 3,000 square metre interior where the embarcadero was once located has been divided up with panels and passageways primarily made using wood and glass.The main dining room and the sushi bar are surrounded and enclosed by an unusual white fibreglass wrapper, which also wraps around the staircase to the lounge-bar on the lower level.
But the most surprising thing about the project is a wall made of 17,400 glass bottles that seems to descend from the ceiling like a waterfall. The effect created by reflections on the wall is made even clearer and more evocative by a series of LEDs inside them. The atmosphere is given a soft, padded feel not only by the effects of light and shadow but by the milk-white furnishings, the soft curtains and the Japanese wallpaper on one of the walls.
All these solutions are intended to add dynamism to the restaurant's internal layout, which would otherwise have been too square and regular, and characterise the environment with formal solutions that make the restaurant instantly recognisable.Thus Morimoto NYC establishes its own personality even while retaining an elegant, discrete image. 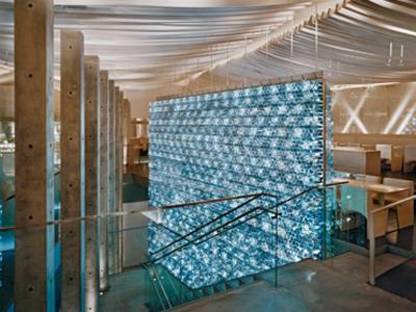 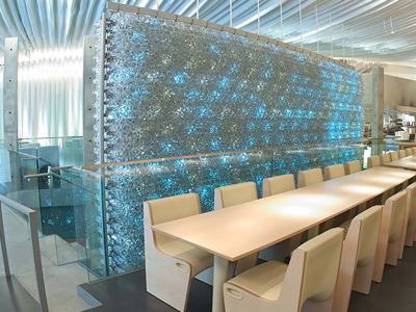 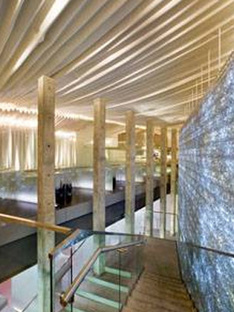 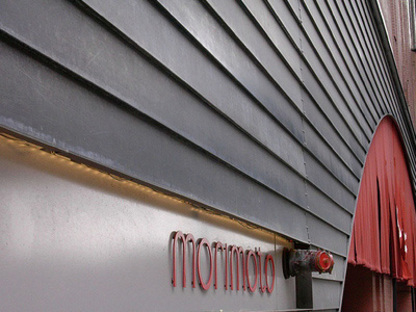 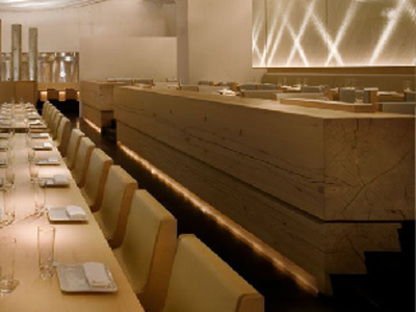