Steel and cement, rising vertically with shapes jutting out toward the sea: the tower built to Mecanoo¿s design in the Rotterdam port area fits easily into the urban landscape with its variety of forms and materials. 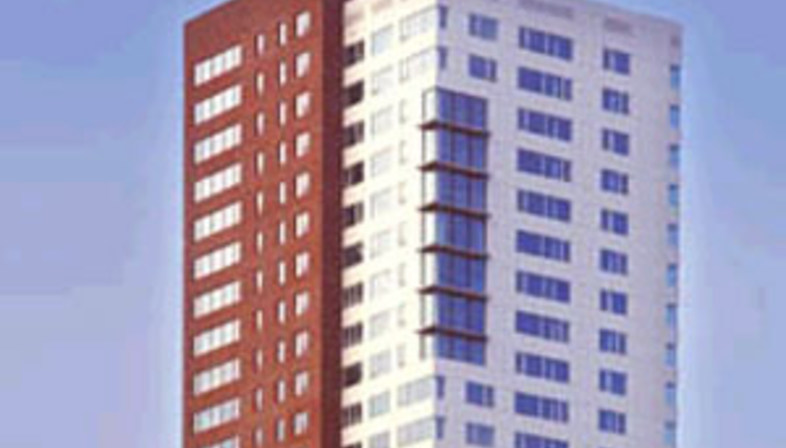 The building stands on the southern side of Wilhelmina wharf, an area that has seen a lot of growth and development in recent years, primarily in the form of residential units and office buildings. The northern side is prevalently oriented toward the service industry, while the opposite side is dominated by residential buildings.
In 1999 Rotterdam?s Urban Planning Agency appointed Mecanoo to design a new building that would become a landmark on the city?s skyline. The solution had to be non-repetitive, to differentiate it from the anonymity of public housing projects.
Mecanoo?s solution was a building in which different volumes meet and overlap, while others are suspended over the wharf. The area is strongly linked with the Holland-Amerika Line boats in the local imagination, so the architects drew their inspiration from the famous shipping company and its double identity, revealed in the alternation of forms and materials.
For the same reason the block recalls the skyscrapers of New York and Chicago built in the '40s and '50s, with their loggias and terraces. Steel predominates on the first two floors. From them rises a tower more than 150 metres high, with apartments that jut out by up to 16 metres. From the third to the 27th floor it is cement that dominates as the building rises into the sky.

From the 28th floor up steel takes over again, permitting more flexible use of space and a greater variety of forms.
The building has about 190 apartments in all, of more than 50 different types, including lofts, water apartments, city and sky apartments. Apartments of different sizes are enhanced by common areas including restaurants, cafes, a gym, a swimming pool and laundry and cleaning services available to all tenants.
The building?s outstanding formal characteristic is its intentional variety of lines, forms and solutions accentuating the rhythms of the architecture and helping to define its character.
This is the function of the big "M" placed on top of the building in March 2005. It is not just the Montevideo logo: the "M" marks the Rotterdam skyline, and, assembled on a rotating base, looks like a wind-vane, confirming the city?s maritime spirit. 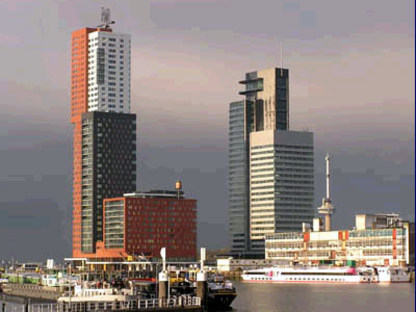 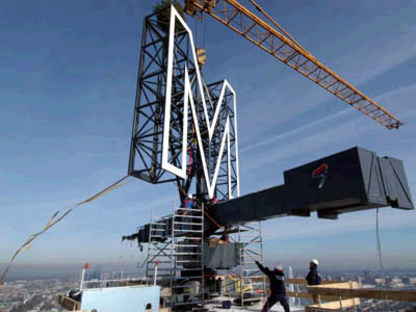