Mirador Viña Seña: the centre in the landscape

In his design for the belvedere for the famous Chilean vineyards of Seña, Germàn del Sol does not fall into the cliché of eulogising wine as a luxury product but focuses visitors’ attention on the importance of the land in which the vines grow. 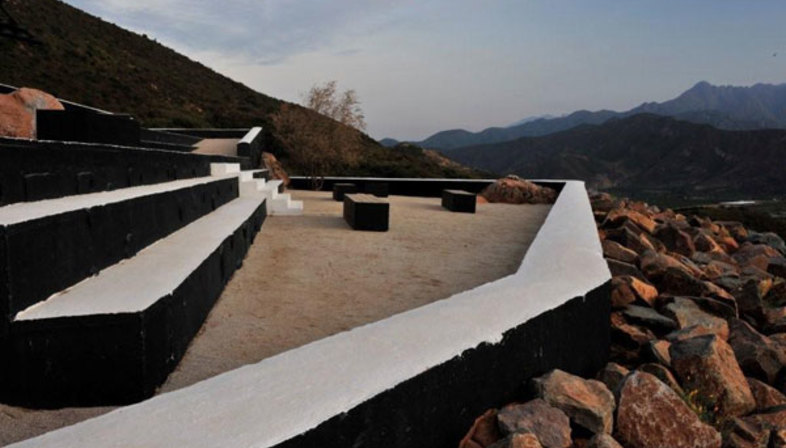 The Mirador Viña Seña in Chile goes beyond the traditional homage to the winemaking process to focus entirely on the vineyard and the soil in which it grows. Germàn del Sol says that when people talk about architecture for wine, what comes to mind first of all is a cellar, in which the fermentation of the grape is celebrated, and the barrels in which the wine matures are stored, usually a castle or other imposing building, which alone is sufficient to strike the visitor’s imagination.

In his project in the Aconcagua Valley del Sol goes back to the architectural archetype of the pergola on which grapes were traditionally grown, making it an iconic element identifying the viewpoint for observation of the Seña vineyards. The Mirador fits into the slope and becomes a part of it, taking on its colours and picking out the rough stones from its paths. A few long, low volumes contain service areas, a snack bar and a route providing information on the processes of biodynamic agriculture which regulate the principles of winemaking in the valley. Above them are the pergolas, made of dark wooden trunks which blend into the black walls when seen from far away. In the middle, a concrete staircase a few steps high introduces the gently sloping pathway following the inclination of the valley, creating a gentle North/South route which gives visitors plenty of time to admire the vineyard’s many identities: from the white paths undulating between the hills to the green vineyards, the stands of oak and plane trees, and the hills of native tree species that form the background to the scene. The low walls of the pathway, painted white at the tops, are an ideal continuation of the white dirt roads that cross through the vineyards and the valley. Visitors can stop and sit on the walls, on the parallelepipeds set here and there to provide seating or the big rocks emerging out of the ground the Mirador is built on.

At a time when architecture is designed to be an icon of the architect’s vocabulary, a self-referencing sign or a hymn to temporary fads and experiences, Germàn del Sol’s Mirador is a work dedicated entirely to the landscape in which it stands, speaking with its voice and placing the focus of the project outside the construction itself.
Mara Corradi 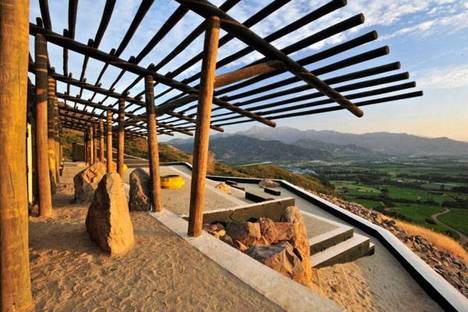 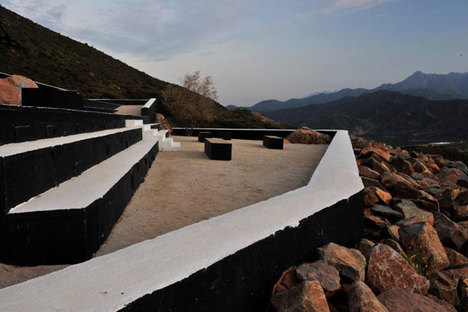 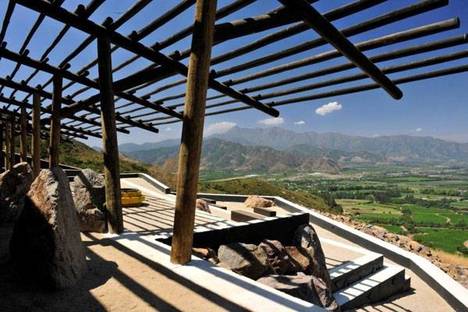 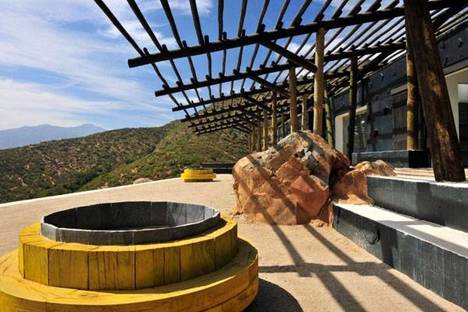 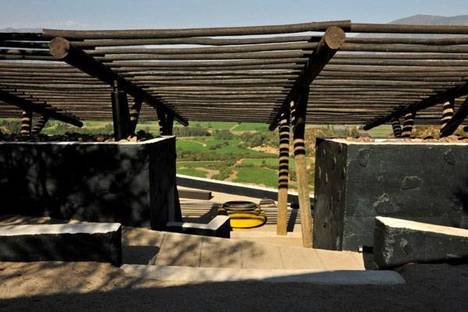 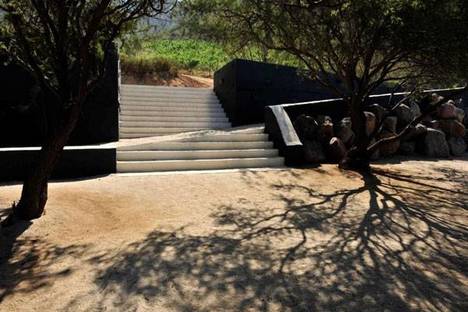 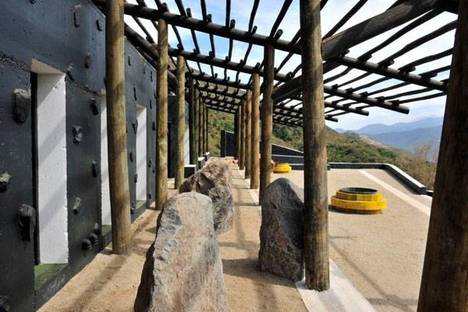 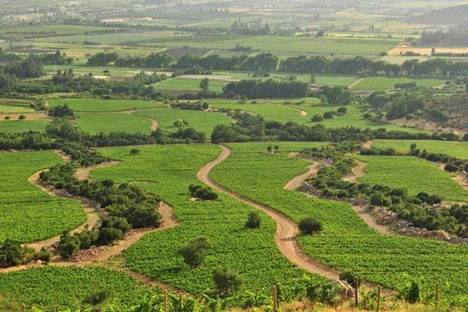 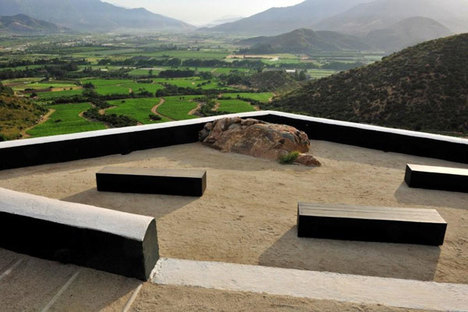 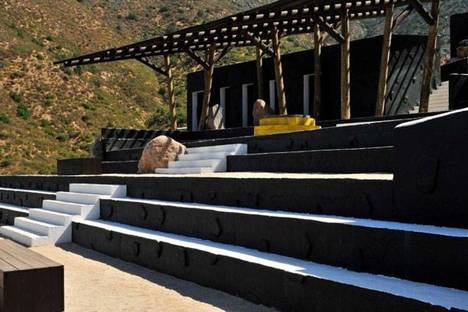 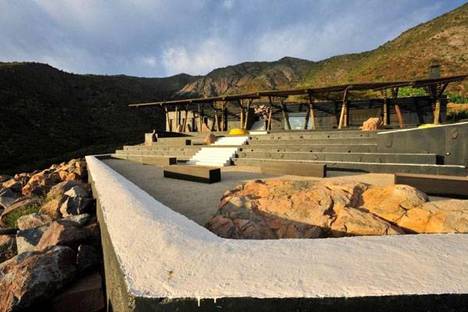