The Garibaldi-Repubblica project will redraw 35 hectares of urban territory, dividing it into three units: a fashion district, an office development and a tree library. It is one of those big projects that promise to transform the city of Milan, as part of the process of urban renewal that has been taking place in the Lombard capital for several years now. The elements characterising the project are the quality of the new spaces and the prevalence of public green areas and pedestrian zones.
The Garibaldi-Repubblica project is an important example of transformation of an abandoned area, redeemed from a condition of marginality and decay, to become a new emblem of the city's vitality.

For over 50 years the Garibaldi-Repubblica area was divided between eleven different owners, preventing implementation of a unified redevelopment project, until property developers Hines managed to buy all the land.
An international competition was held and the winner was American architect Cesar Pelli, though his project was reviewed on the basis of one proposed by Pierluigi Nicolin more than 20 years ago.
The Fashion District will be built around a circular piazza 100 metres in diameter raised six metres above street level between the beginning of Corso Como and Garibaldi Station. It will be surrounded by glass and steel buildings, the tallest of which will rise 160 metres into the air. Parking lots and transportation infrastructures will be hidden underground.
On the other side of the piazza will be a Fashion Museum and, to the north, the Tree Library: a huge park measuring over 100 thousand square metres designed by the Dutch group Inside Outside. This huge area will also be linked with the other poles in the project: the new Town Hall and the Region of Lombardy skyscraper. 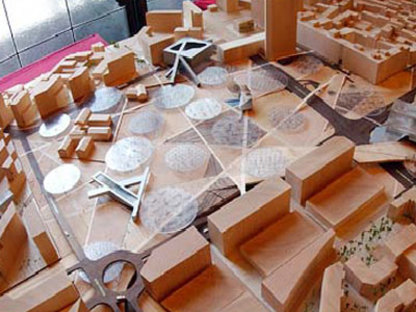 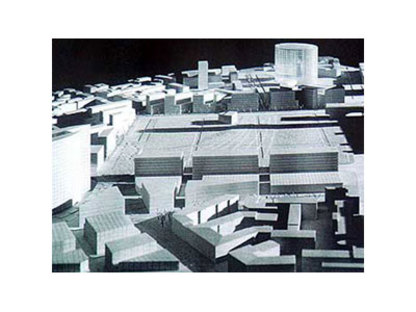 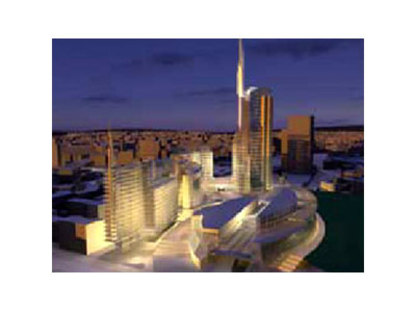